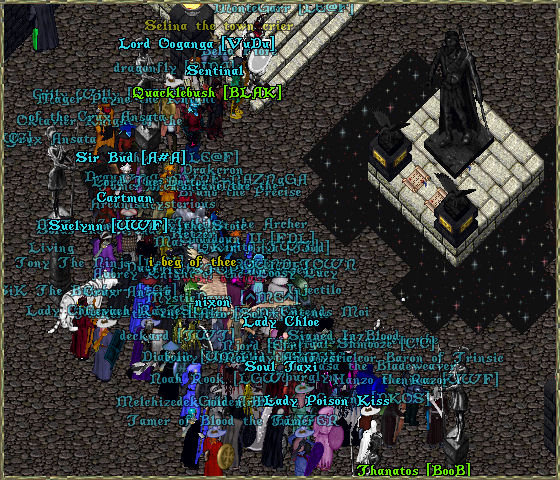 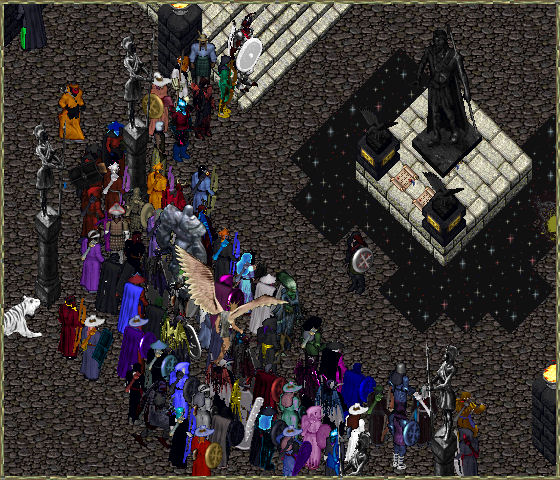 Britannian's from all over gathered at Lord Blackthorn's Castle early thursday evening. Danica Amandine addressed the group and annouced there had been some evil throughout the lands. She steered us to Britain's graveyard at first.. 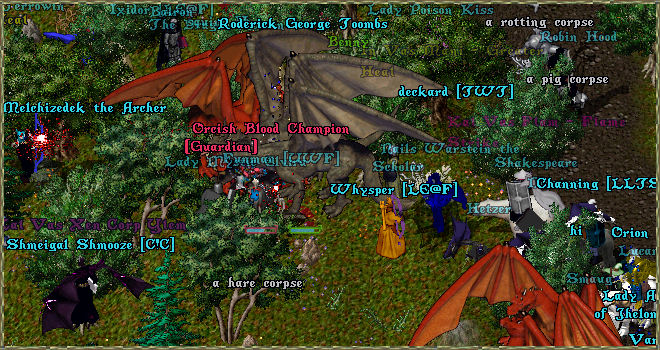 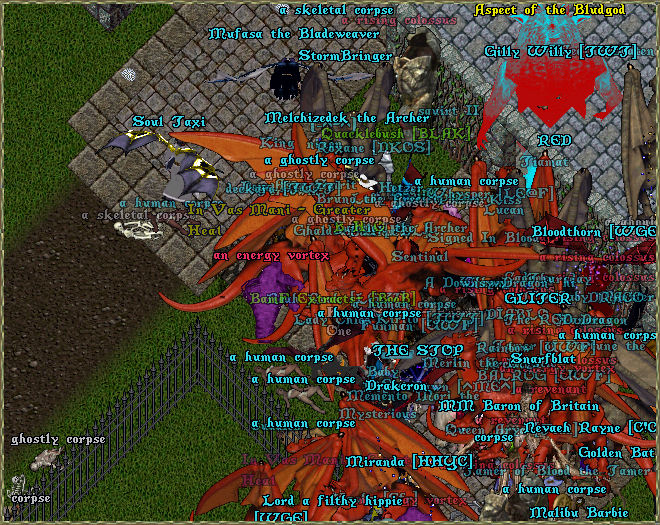 After the first battle, an altar appeared. When double clicked it led us to our next destination. 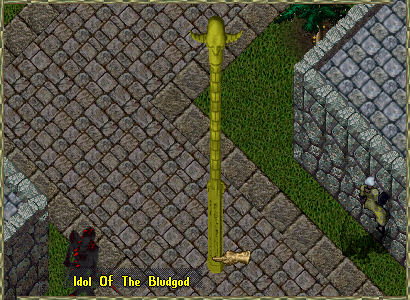 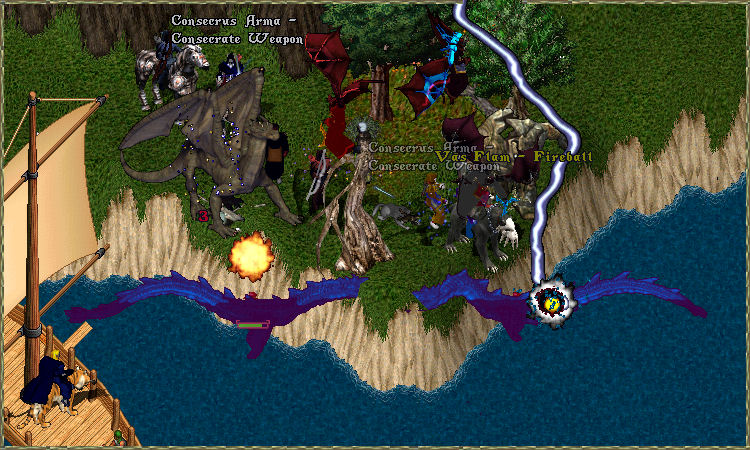 Admittingly, I wasn't near brave enough to stay on an island with a Hydra, so I teleported to a nearby island where I had found some Deep Hydra Worshippers, who were more my speed. At first I had had but one brave archer helping me slay the serpent, but soon enough more knights of all professions had joined. 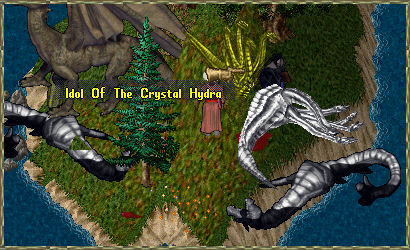 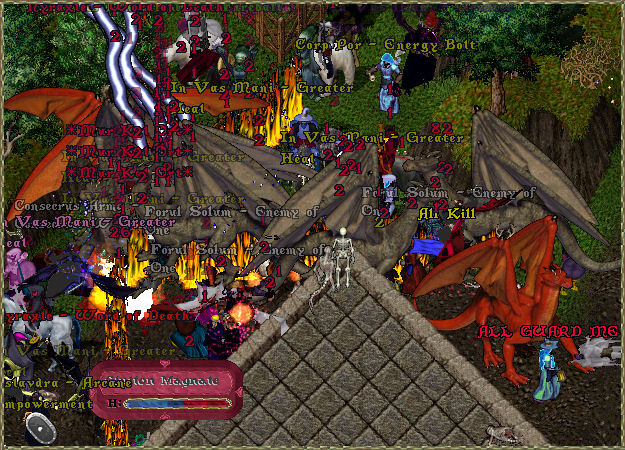 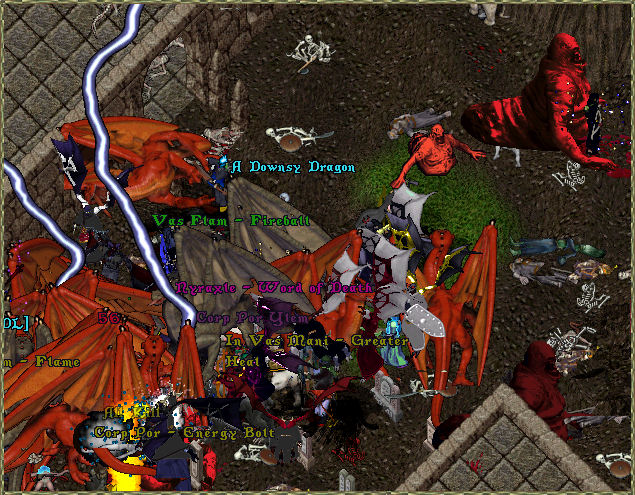 Delucia was quite the battle. The Adherent of the Glutton was no easy feat, however, we managed to slay each and every last one who tried to attack. 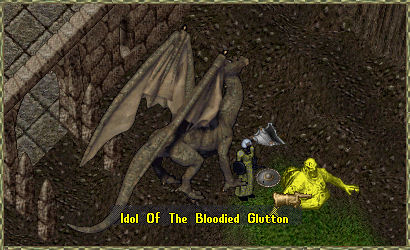 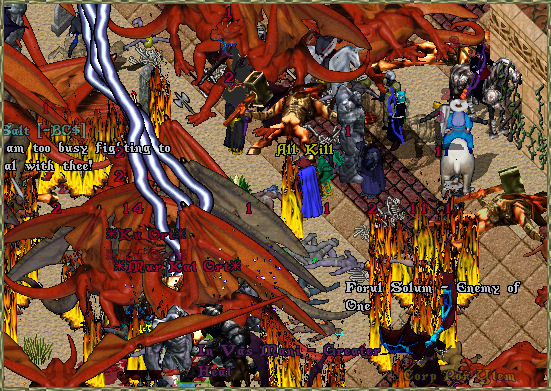 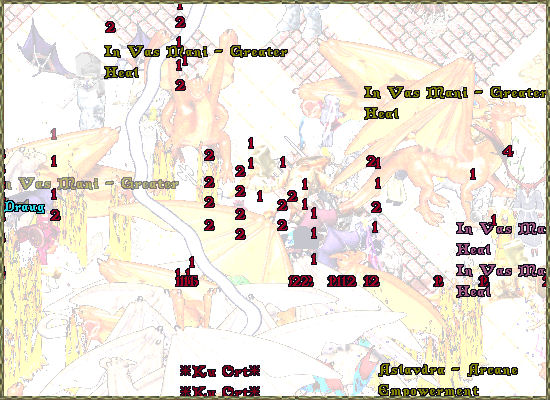 The Idol of the Bloodied Glutton transported us to the city of Nu'jelm. Here we found packs of Minotaur Champions. Flashes of light, fire fields and blood pools filled the ground as the sound of men and women fell with injury. 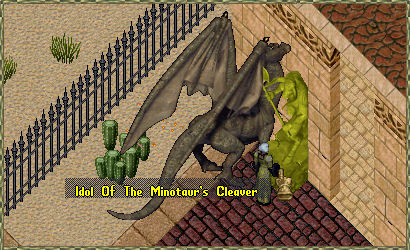 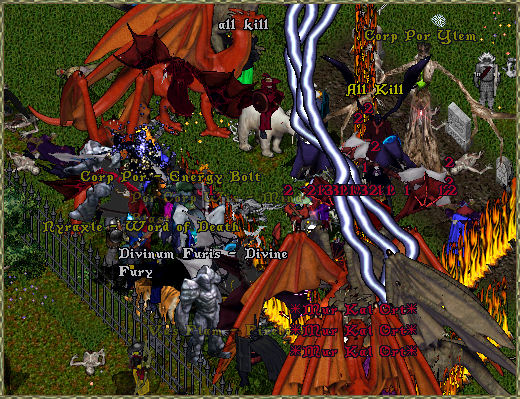 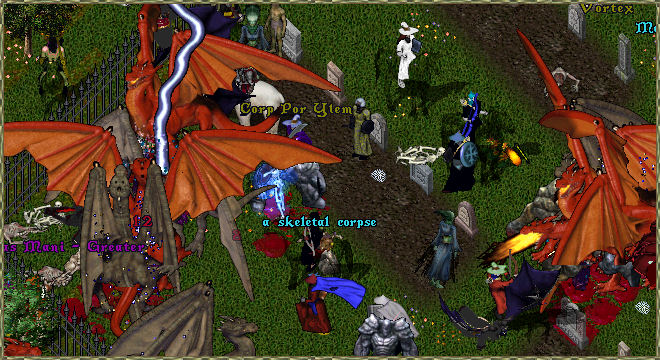 Moonglow was our final battle. Prime Cultists loitered the area and fiercely cast spells and chain lightning's at the crowd at attempt to bring us down but they had failed.. 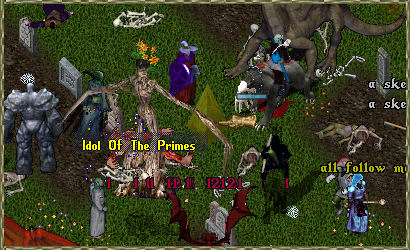 Thank you EM Bennu for another fun event! 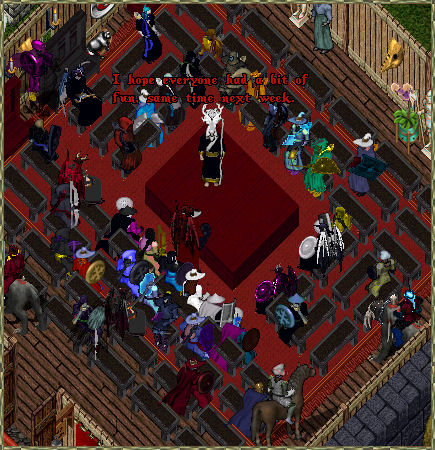 Stratics Veteran
The idol's were there from the beginning. I accidentally ran straight for the Bludgod idol and double clicked it right as the fighting began. Had to finagle a way back to loot my corpse and recall quickly back off and catch up with the group.

The whole event was great! And it would have been fun, but there were odd teleportations going on where people were constantly being moved off the island. So as you killed the worshippers you couldn't loot because if you moved you were teleported off the island. This was made worse, for me at least, because Bennu taunted that he put rewards on the corpses. Not EM drops, but Anniversary awards.

I was teleported at other areas too, like Brit Cemetary teleported me ontop of roofs multiple times and the Glutony one teleported me around. So did the Minotaur.

And man that Prince was tough! But I loved it. The Prince is what drove a lot of people really angry as there were a lot of crashed clients.