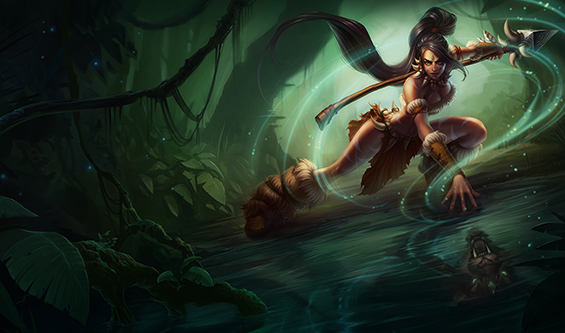 I wanted to take a moment and fill you in on our reasoning behind todays balance update.

This patch was mostly focused on champion balance and dealing with the biggest hot-button issues. We want people to explore and experiment as much as possible (allowing us to gather feedback over a longer period of time), but we need to make sure the game isnt damaged by one or two crazy options!

Black Cleaver is probably the biggest culprit here, as are a few champions (namely Teemo, Zyra, Rengar and Diana). Weve done some balance work to ensure the game doesnt come down to a few godlike picks, and to ensure that one item doesnt trump all other itemization efforts. Many of you have pointed out that these are the obvious things to hit, and we agree. We think the latest changes will leave these champions and items viable while keeping them from invalidating other choices.

Some of you may have expected more sweeping changes, especially to items and the jungle. We want to avoid any knee-jerk reactions and give you guys more time to really dig into the substantial preseason modifications. Some of the issues (especially the jungle) are more complicated, so wed rather avoid giving everyone balance whiplash by waiting a bit longer and ensuring any changes are accurate and effective. Were still listening to your feedback, and were looking critically at all this, even if we dont change everything in every patch.