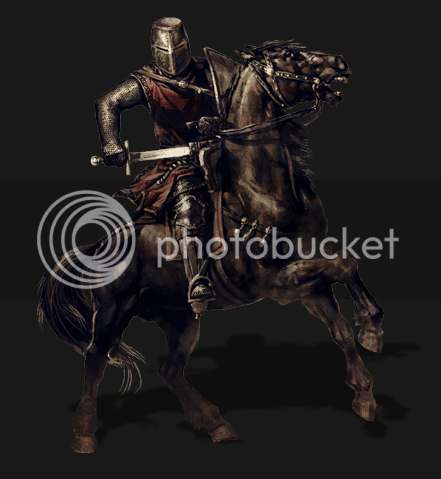 Backstory: William was raised with the desire to serve in the Jhelom Militia, which he did for some time as a swordsman in a reserve unit. William became bored of the inaction of the reserve unit and resigned and hired himself out a guard-for-hire. He found himself in more than just a few scrapes with those that sought to rob his boss while on the road from one town to another. This sense of adventure and risk excited William much more than the lucrative reward he would be given for safely delivering a VIP or a crate of goods to a distant town.

After a few years William felt it was time to move on, so he went to Trinsic and joined the Purple Guardians of Honor under the name of Dagonet to hide his tracks as a mercenary for hire. After a brief stint with the Guardians, he left for the city of Britain to offer his service as a town guard. After about a year, William was granted the title of Knight.


(Do you know how hard it is to find a good picture of a knight that has nothing to do with Batman??)
Show hidden low quality content
You must log in or register to reply here.
Share:
Reddit Pinterest Tumblr WhatsApp Email Link
Top