This is the prducers letter as displayed on SoE vanguard forums.... I have put it here for those who do not troll them or stroll on them.

Have you tried out the new Isle of Dawn starting area? I know you have because I've seen you there. The team is extremely proud of the new area and we hope you have enjoyed it. If you haven't tried it out yet, you can enter the new area by creating a new character and select to start off in the Isle of Dawn instead of your normal starting area. If you're not playing and you want to check it out, the Isle of Dawn is FREE TO PLAY. Just use this link to download easy access to the Isle of Dawn and play for free for 14 days. Be sure to give it to your friends as well. We're not shy, invite them to the party!: http://vanguard.station.sony.com/isleofdawn/ The Isle of Dawn has some of the best starting content you'll ever experience. We have some nice ads running on Stratics.com regarding the trial and soon to be other web sites, but I thought it was worth mentioning if you haven't seen them yet.

Next week we're planning to launch some exciting content on the festive side and much much more on the non-festive side.

For Halloween, running October 22nd (tentative) through November 18th, the Festival of the Grim Harvest will be live! If you're in the mood to partake in the festivities, there will be an encampment outside of New Targonor to invite you into the fun. I'd love to say more but I'm not allowed to much time on the subject as I usually spill the beans and ruin the fun when it comes concealing secrets about new pets, collector's items, festive new masks and rare treats.

Spoiler alert...(See, this time I warned you about it before I spilled the beans)

We haven't said much about this next topic so I hope this finds you first and before any leak. There is new territory to adventure through with lots of good lore to explore. KDQ is looking for some fresh brave souls to experience new daily quests, over 700 new equip-able items, new recipes, new item modifications, a ton more surprises and yes, an item that is very similar to a bracelet only found on the Isle of Dawn. Read more over the next couple of days in the update notes and features posted by Amnerys. A small picture will be enclosed to give you a taste of what is coming. End of Spoiler alert....

What else is coming?

Tired of battling the same encounter that those other guys are getting wiped on...er, getting rewards for? Tired of waiting until they are done and then the next respawn? Well wait no more! The next update will also bring you four new overland boss mobs! So sharpen your weapons and start gathering supplies for the next encounter. Don't come alone, you're gonna need some friends. Get the word out!

A few more things coming... We have a Ranger class update, new loot on the Core Processor to make him more valuable to knock around, new NPCs, bug fixes, and enhancements galore!

Besides this update, we've also started on content to hit right about the same time Santa is going over the naughty and nice lists. But before that, we hope to send out some additional content in late November (tentative) to continue on with the festive spirit of that time of year. One of the huge tasks we accomplished, that is almost ready for your consumption is Weapon Scaling. Since we knew that the characters were becoming more buff, weapon scaling would have to be completed to look comparable in relation to the new models. Also, we never liked the smallish size of many of our weapons so the team has taken care of that concern.

We'll release more details in the days to come regarding future development as well as more information regarding the Pantheon of the Ancients. 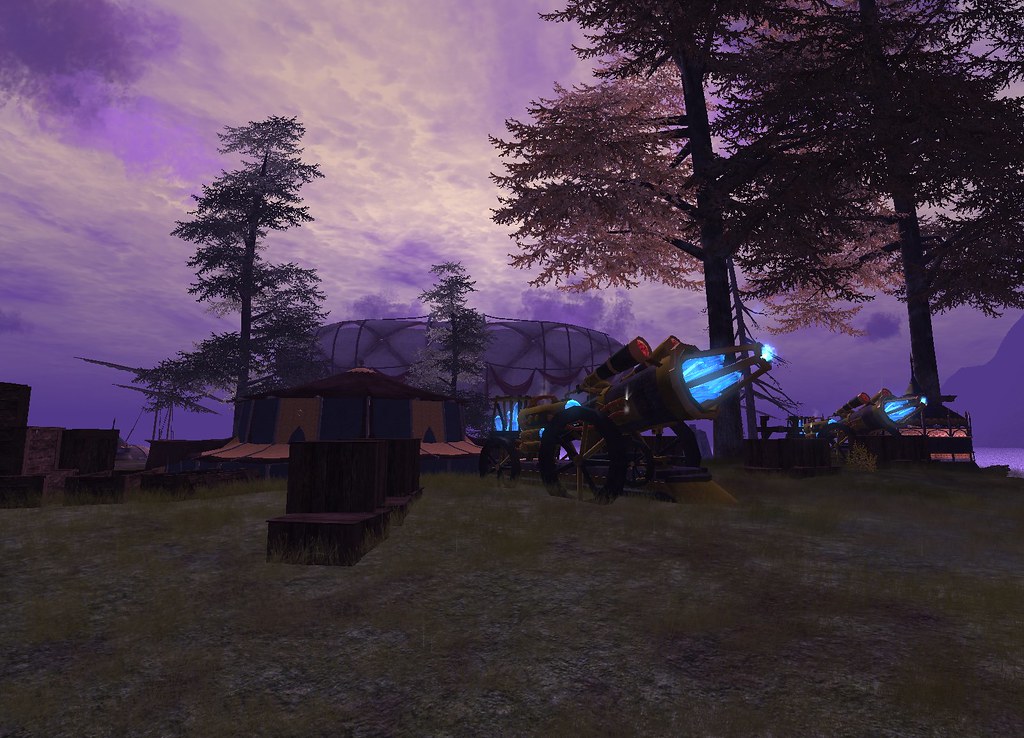