The Library of Arcane Knowledge 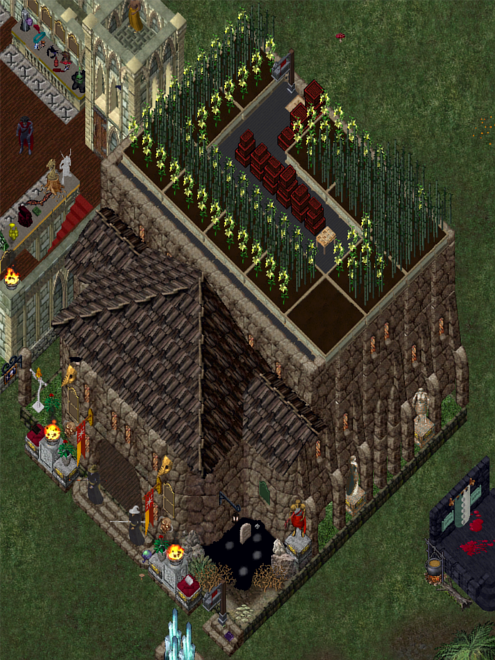 ​
The Library of Arcane Knowledge located on the island of Homare-Jima is proud to officially reopen its doors to the public after six long months of renovations. Its founders Lady CaT and Lord Gareth have been organizing and cataloging newly acquired written collections such as the Private Mythndale Library And Museum Collection and The Lost PaxLair Collection.​
​
Library books aren't the only new collections being displayed in the building. Chesapeake historical artifacts, trinkets, replicas and knickknacks have also been added to the library on the second floor area. These Historical items have been collected and displayed to serve as visual aids for players, to help them remember past events they have attended and hopefully enjoyed with their friends.​
​ 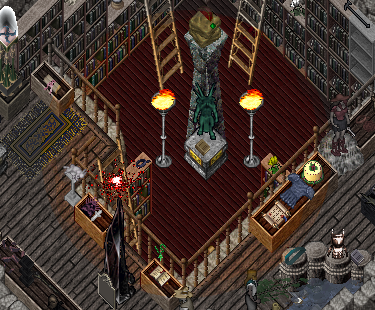 ​
For example when Gareth looks at the "Ephemereal Cloak Of Invisibility" he is taken back to when the Royal Guard entered the mind of Kendrick Morrow and found themselves in the ruined city of Moonglow. Celestrial Knight announced there was a locked chest inside the Moonglow bank. Pooper and Gareth were the only Two thieves at the event and neither of them had lockpicking...after about ten minutes of trying to figure out how to unlock it, Gareth smashed the chest with a halberd and the cloak fell to the floor BUT you had to steal it to get it. Both of them tried to steal it but failed, then failed again, and again, and again and then Success!!! Pooper stole the cloak and tortured him with it for months.​
​ 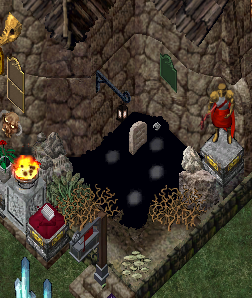 ​
And what is a Library without its secret entrance? The Black Cave Entrance like the one used to enter Paws will take you to a section of the Library which mirrors one of the remaining buildings found in the abandoned Village. Located inside are metal green boxes which contain the journal records found in the ruins. The Paws Display area has been properly dedicated to those who lost their lives.​
​
The entire Library and its displays would not have been possible without donations, display loans and organizational help from numerous players over the years. A special thanks to all those mentioned below for contributing and continuing to contribute to the Library.​
​
Library Contributors​
WildStar, CaT, Pooper, Cheever, Elijah Cross, Gareth, Neptune, JinX, Ado The Thief,​
Baphomet, Bliss Marie, Charles Wood, Angelica, TY, Gunga Din, Demon Slayer,​
Sundina, Drecko, Warder Dragon and Mr Clean​
​