Original article from MMORPG.com
Posted by Michael Bitton on Sep 29, 2009:

Siege of Mirkwood, the recently announced digital expansion to The Lord of the Rings Online will launch on December 1st, 2009, according to an announcement released by Turbine today. 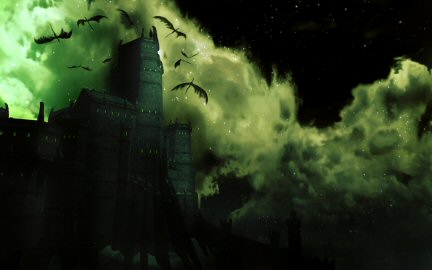 The announcement of a new LOTRO Adventurer's Pack was also part of today's announcement. The new pack will launch simultaneously with the Siege of Mirkwood digital expansion, and will contain 2 additional character slots, and a shared storage slot allowing for players to share their items across all their characters on the same server. Customers who pre-order the Adventurer's Pack will also receive two exclusive in-game items, the Harbinger's Cloak which provides an 8% speed buff, and a new Dusky Nimblefoot Goat mount.

Speaking of Lifetime subscriptions, they're back, and will run you $199 if you're interested.

Turbine has also sent us a batch of new screenshots of the upcoming Siege of Mirkwood digital expansion, which you can find in our The Lord of the Rings gallery.
Show hidden low quality content
You must log in or register to reply here.
Share:
Reddit Pinterest Tumblr WhatsApp Email Link
Top