Nathan Hawke: I see your point (about blowing up the mines) But I am unsure it will work, Besides if there are trapped people down there they may get blocked in for ever.
Click to expand...

Well it seems the Yewish have ignored his advice, Last night (Wednesday 2nd) they blew up the Drow Mining Hole to the southeast of Stonekeep.

This all started when a bunch of Drow Guardians, sharply followed by a group of mean looking dragons descended, Or perhaps ascended if they came from their mines? Anyway, They made their way into Stonekeep and began attacking.

From what I was told, And this is just their word, I wasn't there at this point, After the Drow attacked first the Yewish then blew up their mine.

When the mine entrance was blown up the Dragons went crazy and began furiously attacking the Yewish guardsmen, and at this point myself and a few others who had came from other towns to lend a hand. 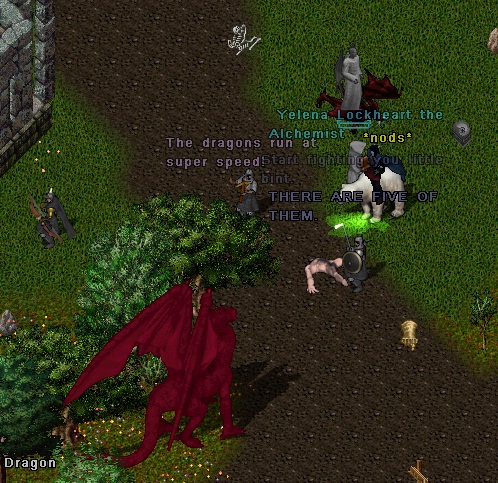 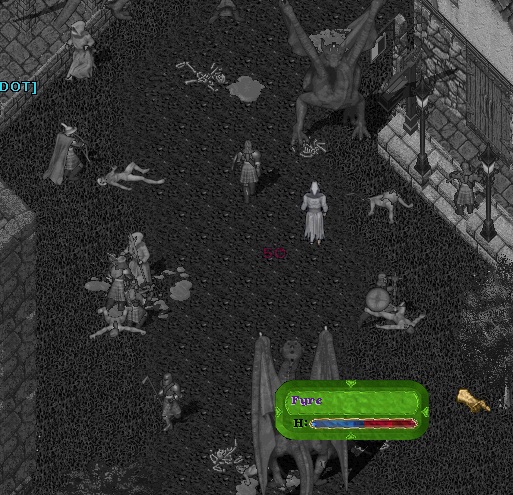 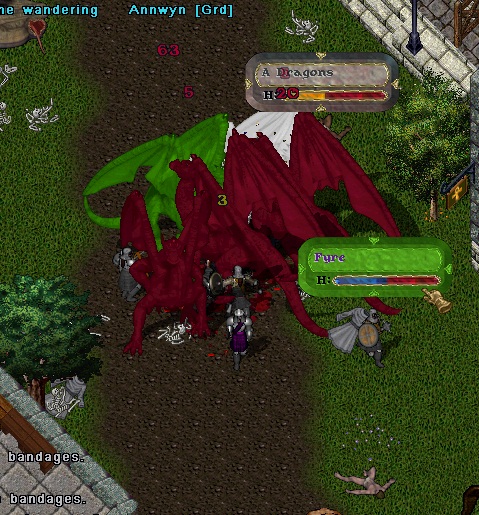 The battle was tough, These bright red dragons were tough and it took a dozen or so guardsmen and several pet dragons and a white wyrm to take down. 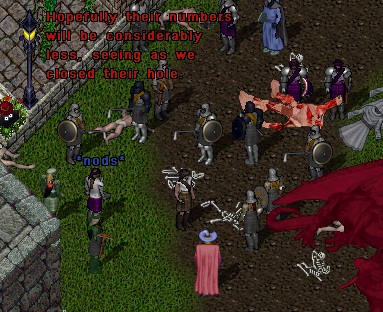 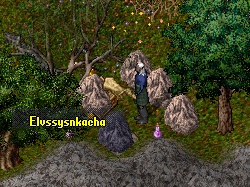 The blown up Mine Entrance

I didn't find anything unusual on the loot however I was informed drowish books were found that evening, If anyone has a copy of them It would be fantastic if you could add them on this thread. Thanks!
Show hidden low quality content
You must log in or register to reply here.
Share:
Reddit Pinterest Tumblr WhatsApp Email Link
Top