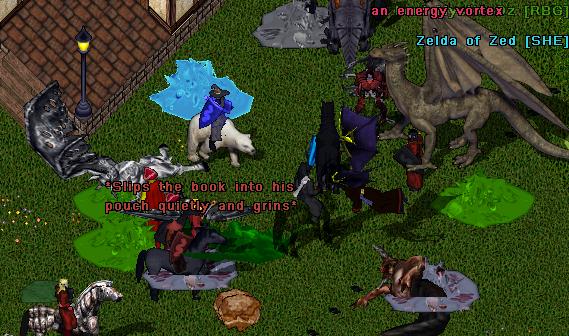 ​
The Royal Guards and citizens of Guardians Gate returned home for some much needed rest Thursday night, after battling Great White Serpents at multiple locations. Unfortunately for them they would find no rest for the rest of the night. Guardians Gate citizens were caught off guard, and found themselves in a nauseating and deadly battle. The battle did not take place upon the sea this time, it took place in the heart of their own city.

Wat The Tyler, Diplomat, and part of the Guardians Gate leadership shared with us his story.

Wat the Tyler was reviewing the stock of the Guardians Gate Quartermasters and Maritime Supply and was dismayed at the low amounts of supplies on hand.
"How will we maintain a local capability to protect our sea lanes with this?" He muttered.
As he was about to assemble the craftsmen of the Commanderie, the sound of chaos and city alarms sounded.
Lieutenant Gowron responded quickly, assembling his armor and weapons and departed.
"Now what?" Wat said as he left the ante room and climbed to the tower. It was quite a shocking assault of poison daemons, elementals, and such. His jaw dropped. Orc raids were not too uncommon, nor were bands of brigands, but they were quickly dispatched. This was an entirely different and heightened attack previously encountered.

After some time, Gowron returned announcing that the attacking force had been vanquished but that the fight was difficult. He also reported documents alluding that Kijustsu Anei Village and the Keys were behind it.

" Seems a council of war may be appropriate." Wat finally said. It was difficult to comprehend as there has been a certain amount of peace between the towns.
"Sir, a council may be all well and good, but what will we fight with? How will we transport troops and materials to Tokuno when the Keys are already situated to block our port?"
"Seems this stockpile will need to be significantly improved and assistance will be needed from our Navy friends. Where is that blasted Commodore?"


Wat returned to the ante room and called on the crafters to gather what supplies they could and be ready to put to sea.​
Click to expand... 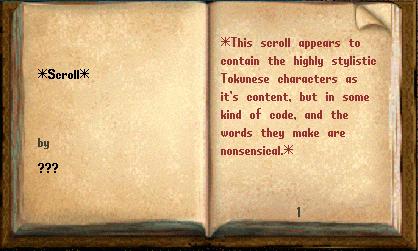 After hearing this tale of destruction and accusations the next place to go was The City of Kijustsu Anei Village, Capital of the Ethereal Void Imperium. Miss Watson, Crown Emissary was happy to give us a statement. As was another outspoken and ranting inhabitant of Kijustsu Anei.

"We will be glade to assist in the investigation to the extent that we can. As some may be aware, their are those on the Tokuno island that have a dislike for Royal Officers."
Click to expand...

Miss Watson appeared to be very kind and good with words. Something does seem a little off about the lady though. Once she was finished, it didn't take long for the most well known Royal Guard Defector to add his two copper shillings. Lord Gareth, Former Royal Guard Captain had this to say. 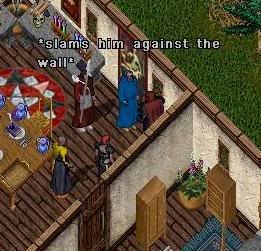 "This is nothing more then a Crown plot, trying to break down Imperium relations. They perceive us as a threat! Little baby Drake should know better then to take on the adult Dragon!!! You would think his wet behind the ears sidekick Irina, would keep him in his league!!! As for an investigation, Guardians Gate should know better then to accuse us. If anything that book they found, came from the town down the road."
Click to expand...

Whichever side you look at it from, it does not appear to look good. Guardians Gate blames Kijustsu Anei and the Keys. Kijustsu Anei officials offer assistance in the investigation, along with inhabitant accusations against the Crown, Royal Guard, and the town down the road aka PaxOku. I was unable to reach PaxOku for comment, but something tells me they did not muster up a army to march on Guardians Gate.

However, past relations between Kijustsu Anei Inhabitants, The Crown, and Royal officers does hold truth. The physical abuse from Commander Drake Foxx is no secret in the realm (pictured above). Perhaps it is the the inner workings of the Royal Guard, that needs to be investigated?