Anselm had invited us all for some little fun games for Halloween.
It would all start with a ghost run!
Personally I'm much to old to run but my good friend Buzzz Buzzz is used to run around a lot.
The rules where simple, run around as a ghost from the Gung Famer´s Bridge at west Britain to the Zum Zechenden Troll Inn somewhere north of Minoc.
It did not matter what way you took as long you stayed as a ghost.
Everyone lined up nicely for the start.​ 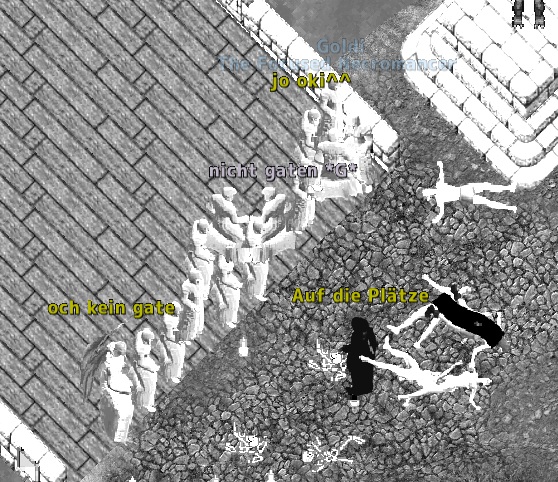 
All the ghost took of to all kind of directions.
You could really tell some of them are professional ghost runners! *wink*
The tricky part was not only find the shortest route to the Inn but also avoid the many wandering healers that wanted to resurrect you.
After a short time the first ghost arrived at the Inn.​ 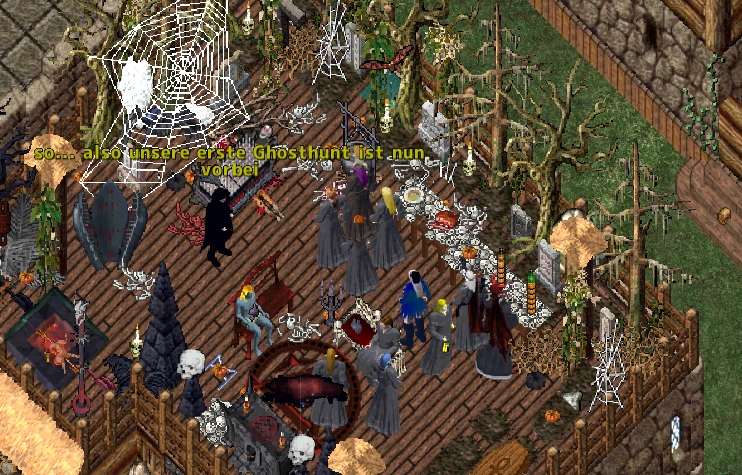 After all ghost runners arrived at the inn ,Anselm invited us to a very nice decorated roof.
Here he would give the result of the first ghost run!​

And the winner of the ghost run was....​ 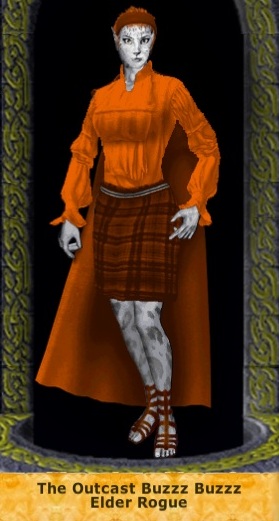 
Then it was time for a second little game.
Anselm had decorated the inn with many pumpkins.
He gave us all a empty book.
We had to count all the pumpkins that where hidden in the Inn.
Not a easy task with so many floors and rooms in the building.​ And the winner of the pumpkin count contest was....​ 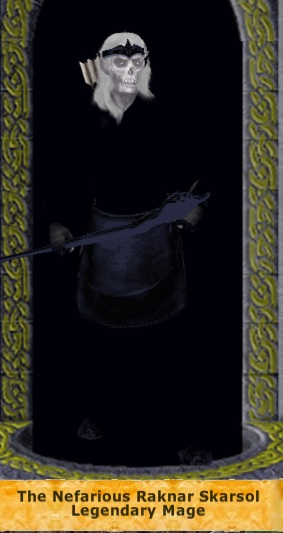 First place was for Raknar Skarsol.
All 48 pumpkins found.​

Then the third event of the evening was the Halloween costume contest.
Everyone did a wonderful job on making some nice costume.
Anselm checked them all out.
After seeing them all he went downstairs to think who had the best costume.
When he came back we all where excited to here who won.
Anselm said it was a difficult decision.​ So he decided that everyone won!
And i think that is well deserved for all the effort they all made.​


But Anselm had still some prices to give away so he wanted to start a small dice game.​


Even i am not to old to trow some dies!​ 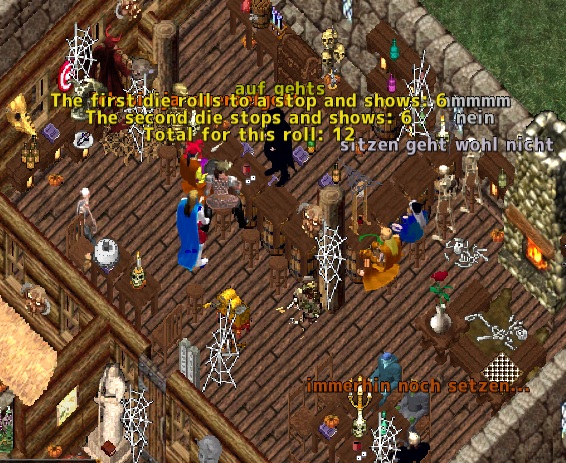 
Again the game was simple.
Everyone would trow the dices two times and the highest total would win.​


And the winner of the Halloween dice was...​ First place was for Lan Mandragoran he rolled 19.
In his ImaNewbie costume.​


FaenGath and Horkan Bladebite both rolled 17.
They both had to trow again to decide second place.​


Second place for FaenGath.
Rolled another 17.
Third place for Horkan Bladebite.
Rolled a 14.​

Then it was time for some ghost stories.​


But for me it was time to go home after a long day.
I thank Anselm and everyone for a wonderful evening.​