[News]Undead, and Monks, and Savages! Oh, my!

​
Kijustsu Anei Patrol Guard Sarberius greeted Mayor Tatania Karthina of PaxOku at the township border to inform her about the recent break in at the Library of Arcane Knowledge [Previous Release] They believe the Mysterious Savage may be targeting different libraries in the area and inquired about keeping an eye on the famous Silent Rose Library should it be a target.
​

Mayor Tatania of PaxOku appreciated the assistance and requested to be informed about any suspicious activity in city limits. After Mayor Tatania departed Sarberius put in a request to Defense leader Niva the Savage for long distance spyglass lookouts, to be stationed at the Fishing Hall of Fame to keep an eye on the area to respect the border. 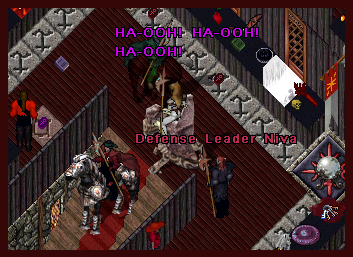 ​
Patrols began in the early evening hours with little to report. Things became more interesting as the night progressed and Aryslan guards arrived for equipment pickup to begin patrols. Taurik the soon to be appointed Quartermaster of the Royal Guard began issuing special halberds and filling orders for Mage Halberds for those in need.

Aryslan citizens “Feared” the Undead may take an interest in their presence on the island and their fears came to life. Something or someone must have grabbed the interest of the creatures in the Fallen city west of the Village as Undead began to pour into the street, breaching guard bunkers and building defense lines.

Long distance spyglass outlooks spotted what appeared to be savage paint on the outside entryway walls of the Silent Rose Library. Once reported the Village Alert system was activated and Patrol Guards from Aryslan and Kijustsu Anei Village crossed the border into PaxOku to investigate.

​
Jalymn, Enterprise and Sarberius were the first to arrive where they spotted the Mysterious Savage on the first floor of the Library. The mysterious Savage escaped after slamming a unknown vial to the grown causing a flash fire which blinded the patrol guards long enough for her to escaped from the second floor of the Silent Rose Library.

Patrol guards searched the area trying to locate her. While searching in the woods East of the Library, Sarberius found an Unconscious Monk lying against a tree and quickly alerted guards to her location for assistance. 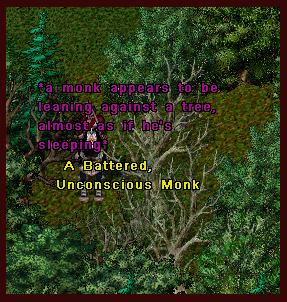 Once the monk was able to see clearly he spotted Niva he thrust his staff towards her while demanding she stay back! Niva and Sinthe gave the monk some room as Jamlyn, Sarberius and Enterprise asked a few questions about why he was assaulted and explained the Savages in the area.

​
The Monk explained he was here to help after hearing many reports of his fellow monks going missing in the area. Assuming the Savage he spotted in the woods was on a routine hunt he called out to her and that’s when he was attacked. Attempting to defend himself he struck back but was only able to hit the Savage’s satchel causing a runebook to fall to the ground. He was only able to glance it for a few moments but was able to see the following engravings on the runes.

They are unsure if Pax means the PaxLair Statehood or the cities that contain the word Pax. To be on the safe side they have sent the alert to all of the Statehood townships. 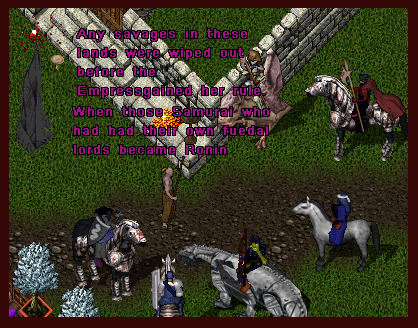 
As for the Mysterious Savage they are a part of the larger storyline. They're also a testing phase we're doing with small "side actions" on Chesapeake. We're seeing how well it works, and the like. The reason it's good for our side is these small things, the little roleplaying interactions require no real setup or anything ahead of time.

This is a little testing thing we're seeing how you all enjoy and have fun with it, and so far it looks nice. And it's good for us like I said, because on nights with no real events we can still log on and do things for the shard and townships.

We will be doing this for all townships. We will be involving townships more, but you will get out what you put in. The more you work to make townships active and important the more we'll be doing to work with you all. Things like the patrols and the like were a big step towards that which is one of the reasons we went ahead with this now.
​


Comments and Advice From The Reporter


The Patrol Guard: Was started to give a RP reaction to the current invasions in Kijustsu Anei Village. It has grown to become a Join Task Force between Kijustsu Anei Village and Aryslan city with the recent addition of players from Dragons Watch and PaxLair. Each township leads their own forces if they wish or they can put their forces under the command of a current township.

How To Join: Each township on the shard is capable of creating their own Patrol Guards to patrols their own townships. Should anyone wish to join the current Patrol Guard simply Icq WildStar 8040775 or Jamlyn 8847047 to get setup or contact them in game.

EM Interaction: The Patrol Guard does not have any claim over the current storyline or anything else for that matter. You do not have to join the Patrol Guard to have EM interaction in your township. Read EM Drosselmeyers comment above if you have any questions.

Creating A Patrol Guard: To put it plain and simple all we did was make some Halberds, dye them with a metallic dye tub and started walking the streets and asked questions about making a Guard at the Hall of Commons, which alerted the EMs to what we were doing.

Showing Respect: It is always wise to contact a township first before beginning patrols. Some townships may want to perform their own Patrols and or may have other storylines going on. So be respectful and simply contact the township leaders.
​