[News]Some of the latest news! ~Gregory

Some of the latest news! ~Gregory
Friday, October 01, 2010
Hall of Commons, Britain 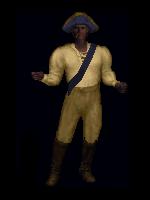 ​
Compassion Sage potions have been found on Controllers in Ilshenar! Queen Dawn petitions all citizens to collect the mystical salve for it's great properties of magic!

The mysterious Lich known as the Servant has been defeated! Magician is still at large!