What looked like a normal day changed fast after i heard my sherry the mouse statue giving me some disturbing news.​ 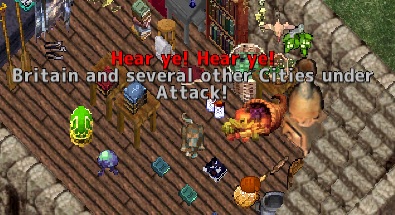 
I grabbed a fresh piece of bread and rushed to my room for my armor.
Its not the first time our towns been under attack by something.
Undead,Obhidians.... i wonder what its going to be this time!
The statue mentioned several towns so i decided to go to Jhelom.
Jhelom always had a special bond with me.
When i arrived at the bank in Jhelom the Town crier confirmed the attack.​ 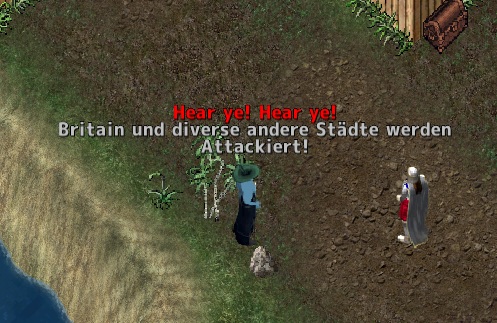 
Everything looked normal in the streets until i ran into the Captain of the Guards.​


This was more serious then i thought.
It looks like in several towns the citizens have been started to riot against the towns.
And raiders from other towns where attacking Jhelom.
The Captain showed me a box of ropes to arrest the rioters and raiders.​


I started to walk around town to see whats going on.
I came across some protesters who where not happy with things in town.
They told me they where very short on gold, food and clothing and that they getting no help from anyone.​


I reached in my pockets and gave the protester some gold and the bread i had with me.
He was content with what i gave him and went quietly to his house.
Several more protester where on the streets and i gave them all i could.
These people where still easily calmed but i fear not everyone going to be calmed like this.
When i was almost near the moongate i smelled something burning.
When i stepped closer i noticed a angry man walking around with a torch.​ 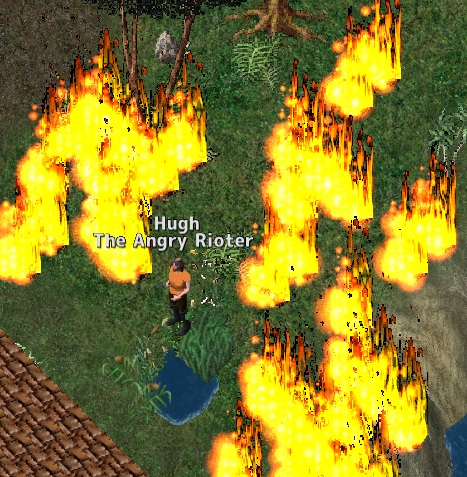 
I could only do one thing then to arrest this man.
I quickly took him to the Captain of the Guard.​ 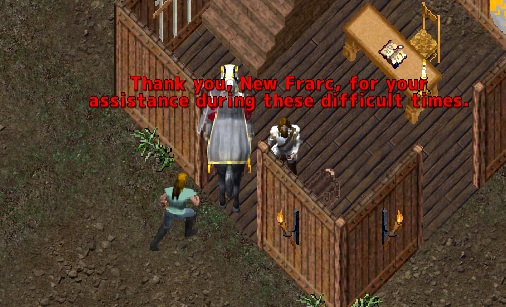 
A soon i gave him to the Captain of the Guard i saw another man with a torch running down the streets into a building.
I have no idea what driving these people to do this but i would not let them burn the town.
I went after the man in the building and arrested him too.
I did all a could to put out the fires and clean up the garbage they where trowing around.​ 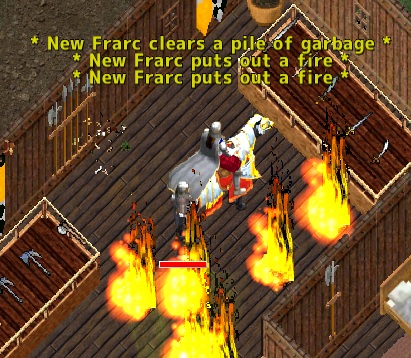 
In the middle of Jhelom a banner been placed by the raiders.​ 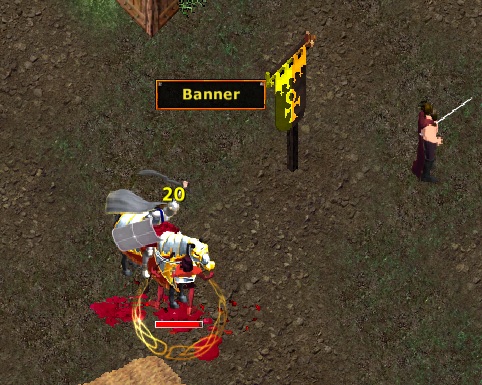 
They where attacking me from all sides.
Its like the banner is the center of there raiding party.
The raiders put up quit a fight.
But after a while i arrested them all.​ 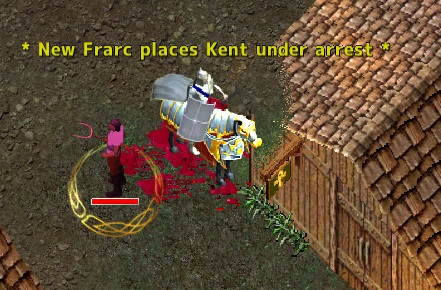 
I have no idea whats causing this disturbance but its a lot of work to try to maintain order in the town.​ 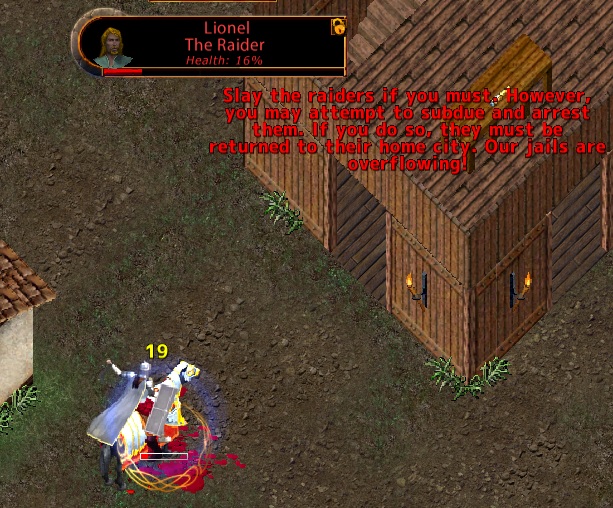 
If this is going on in every town then we need more help to keep things calm.
I will have to ask friends and family if they can go and see whats going on in the other cities.
And if they can arrest the raiders and rioters in the other towns.
Its not going to be easy to keep the fires under control.
Jessica told me she had a hard time at her pet shop in New Magincia.
She fears for her pets and she told me that if she needs to choose between people and animals, that she will kill all people that comes to hurt her beloved friends.​ 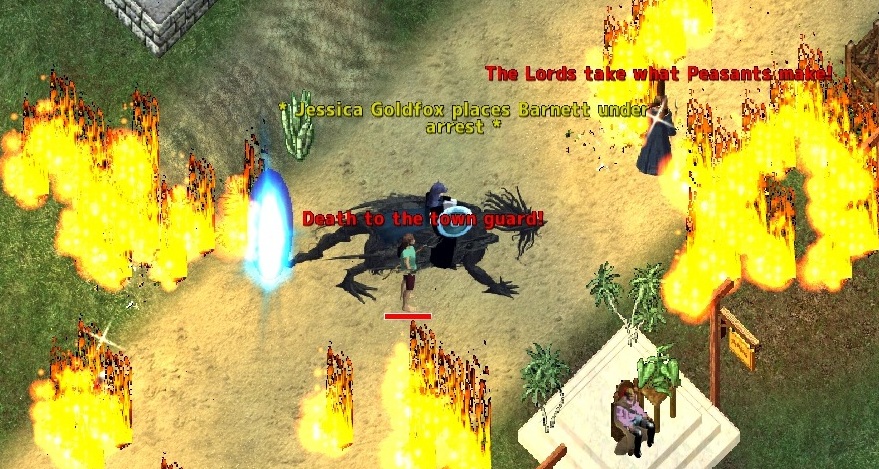 
I have to keep a eye out how things developed.
I hope its not going to get out of hand!​