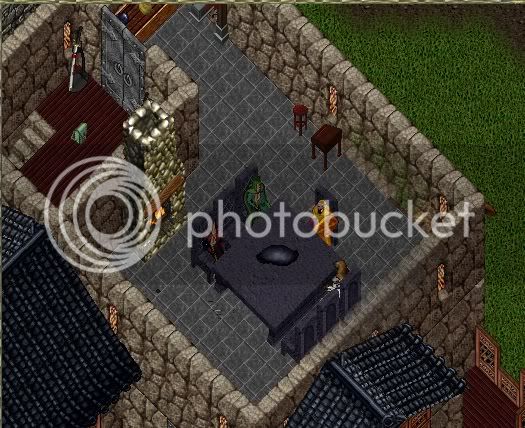 I know it has been about a month since the last report, but the past 2 meetings had to be canceled due to unfortunate things. The council's biweekly meetings are back on track however!!

Welcome The Tribal Council Welcomed and Recognized the PITS guild to be added onto the council.

Village Patrol Several weeks back the council had discussed keeping the village patrol even after the Crystallized Liquid was destroyed from each of the townships. We felt that by keeping the patrol of the village, it would be fun for Role Players to interact with the village and keep the village itself more active. By doing so, perhaps the EM's will recognize this and respond with stuff to kill.

Crafters Hall We have decided to move the Crafters Hall to Tuesday nights indefinitely due to the summer fishing tournament and the VIP's Auctions which were scheduled for Wednesday nights. The same great crew and cause, just moved to a new night!! (Don't forget to stop by for repairs or the need of new armor made or for good company!)

Weekly Hunts The Council discussed the want of another way of getting the alliance together. We have come up with organizing weekly hunts, both with a set specified time for Thursdays at 8 pm ET for those who like to do things at scheduled times, and for any time of the week for those who like to get groups together for hunts at random!! For more information about this either show up on Thursday or ask one of the Tribal Council Members.