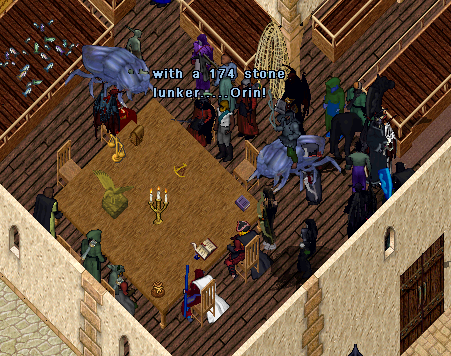 Congratulations to Mace McElroy of the Samsonites guild and Orin of the Skeleton Key Shipping Company! They will have their fish put on display at the Sons of the Sea in Trinsic.

Da Giant Samurai!
Three entries received Two by mace and one by Orin and da winner with a 161 stone lunker.....Mace McElroy!

Supporter
Stratics Veteran
Stratics Legend
Congratulations on the wins Mace and Orin! No wonder alliance chat seems like a 24/7 fishing channel these days!

Alumni
Stratics Veteran
Stratics Legend
Wiki Moderator
I just hope we weren't as boring as the old guys who are on that channel.