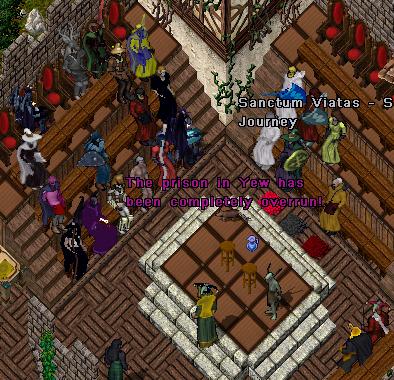 EM Events For The Week
​

Announcements from The EMs
​

​
Event Addition- To Celebrate Halloween Friday October 29th, (Date may change)to go along with the "Festival of the Harvest Moon."

Stealing Events- We will continue to have them.

Poseidon's Fury- We have a huge event planned for the conclusion of the Poseidon's Fury Map quests. There are 4 map pieces recovered, well three. The Magician stole one.

Boat Battles- Next month we will be revisiting PvP boat battles. We will restrict it to a confined area for that. Plus you can use that tracking start command to help. Basically we will put some timed items in your holds.

For those of you who tried your hands at the coordinate puzzle at Sheffield's house. An extraordinary effort was put forth by one Fanny Firebottom, But she has not yet solved it. However, since she did put so much work into it...I gave her a hint, which I will now give to all of you.

Several players have checked the locations of the coordinates: This is a complete red herring. The locations do not matter in the least. Look at the coordinates, and you might notice a few strange things...A few numbers seem to repeat often; A few seem to almost...punctuate the coordinate set. And since the first book had a code, undoubtedly there is a code hidden in the coordinate book...The Locations themselves are a complete red herring, and mean nothing. And again, the reason you all get this hint is because of the tireless efforts of Miss Firebottom. If no one solves it, the key will be posted just before the next investigation event.​

​
Mesanna came to visit the SHE auction on Saturday. Afterward she announced,If she finds Mesanna Jack-O-Lanterns the big ones from last year She will dye them black. There are some on display at the Zedland tavern [Mesanna's post on Stratics]
Show hidden low quality content
You must log in or register to reply here.
Share:
Reddit Pinterest Tumblr WhatsApp Email Link
Top