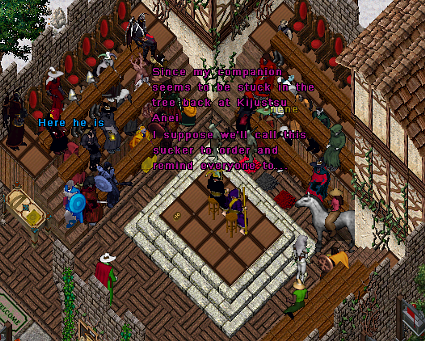 Announcements
​
Beacon and Dregs Static event begins on Friday the 23rd of December and will run until Wednesday the 28th at 8pm ET when the next event A Fun Guy's Folly is held. Regarding the Beacon and Dregs event to come, there will be several "paths" to follow to find all...of the available information and quest relevant things to get the complete picture you'll need to follow each path. So far we've got at least two but we may have as many as five. We'll include where each path 'starts' with a post on the forums when the event goes live

Don't forget to enter the Holiday House Decoration contest. You have until December 25th to submit entries.

Please be advised that Elder EM Dudley will be Out of the Office from January 17th through February 13th. He is going to the South Pacific

As mentioned last week, we were going to release a clue to the more difficult of the puzzles that was presented in the Britain Beacon Fiction...If nobody had solved it. However, it has been solved in that time and action has been taken as well. Keep an eye out for fiction to come this week