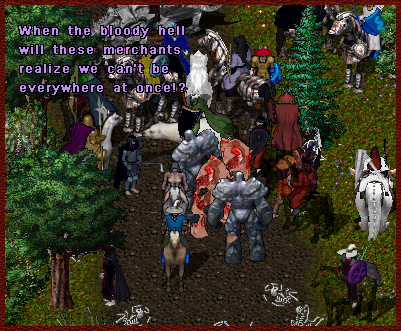 ​
Commanding Lord Drake Foxx and Captain Irina of the Royal Guard are use to being asked, "Have you been served" from Waitresses at the Fisherman Brew's Tavern during celebrations. From what we have been told for the first time they were not asked, they were just Served! and what were they served you ask?

Liquor Kegs! Why weren't they just served a bottle you ask? Because they were not filled with Liquor! Oh no, no, no, no the Kegs were filled with something much more exciting!!! 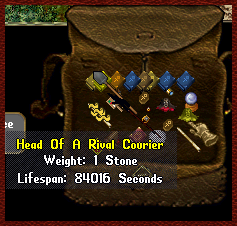 ​
For within each Keg was a bloody Head! And not just some random commoners head! The Heads of those they and the Royal Guard were trusted to protect, the Liquor Couriers!!!

Sources tell us these gifts were curtsy of the Beautiful Voluptuous Scarlet Von Trinsic and the Devious Innocent Mastermind Kendrick Morrow. They may have been outnumbered and out gunned but they would not be outsmarted! Kendrick Morrow who was wise in accepting the services of Janitor Poopsie and Lord Gareth. Who would have thought he stood a chance with only two against Thirty? 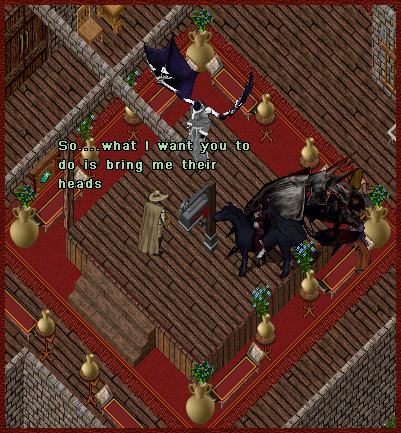 ​
and let us not forget the Von Trinsic Crew in all of this. The shipment didn't even make it out of Glydenfeld City limits. Once leaving the protection of Britain the Royal Guard had no chance!

Accepting the services of Ophelia, Jostlin, Baphomet, King Kurt and Slick she didn't just receive a partial delivery, she got the whole thing! Perhaps the Commanding Lord and Captain of the Royal Guard should undergo a few competency tests and hold a few hundred more training exercises before they try to protect anything or anyone. At least not all was a failure though, Commanding Lord Drake Foxx has excelled in his ability to make up excuses. 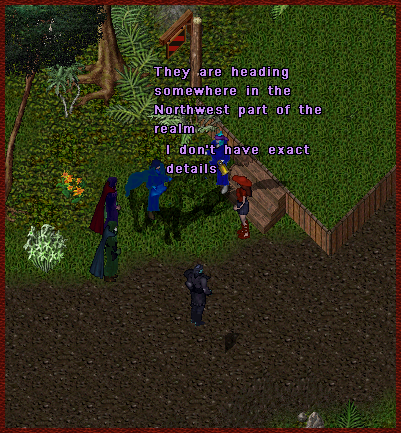