​
Catastrophe.​
Several weeks i ago i heard there been a collapse on the tunnels that leads to Central of Ilshenar.​
Today i was told that the passage was cleared to the north of the shrine of Honor.​
I was curious on what happened there so i headed to the Gargoyle City.​
At first everything was looking normal until i reached the desert.​
My eyes caught a blood trail on the ground.​ 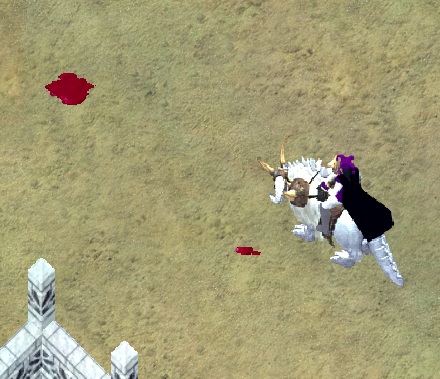 ​
The trail leaded me inside the Gargoyle City and in the medical facility of the town.​
I saw a very badly injured Jukan on one of the beds.​ 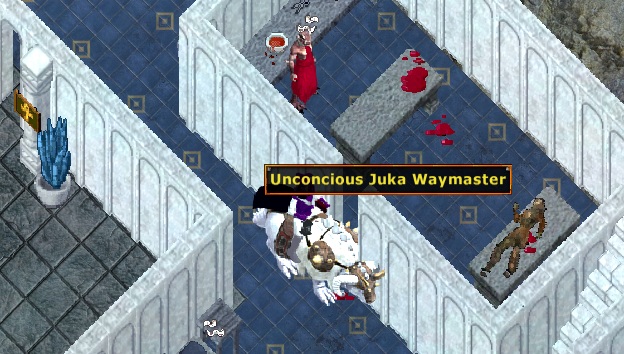 ​
A little further in the hospital i saw another Juka standing guard.​
I had to ask him what happened and greeted him first:​
- Greetings!​
- I am Shirron Argahrok, and i greet you with respect and honor, adventurer. I wonder can you help?​
- How can i help?​
- My faithful Waymaster, Harlann, has been severely injured during the catastrophe that befell us.​
- Don't you have people to help yo with the injured ?​
- With my people scattered, I have nobody to face the dangers necessary for the cure.​
- What cure do you need?​
- The cure can only be made with certain ingredients... one is found in blood dungeon.​
-What do i need from blood dungeon?​
- There is a creature in its depths known as a purifying blood elemental... its blood is key.​
- What do you need from this creature?​
- If you can help by bringing a sample of the purified blood from them, I'll reward you.​
- What reward are you talking about?​
- I can show you the ways of climbing and give you equipment to scale the mountain.​
- What lies behind the mountain?​
- I do not know what lies there after the catastrophe... but there must be something left.​
- What cause the catastrophe?​
- I am unsure its cause , but many of our people died. Our nightmares became reality.​
​
I agreed to help him even if i know that the Juka are not the most friendly race i have encountered in the past.​
Blood dungeon is dangerous so i asked my friend Jessica to go down and get the blood sample.​
It did not take long for her to find the purified blood elemental.​ 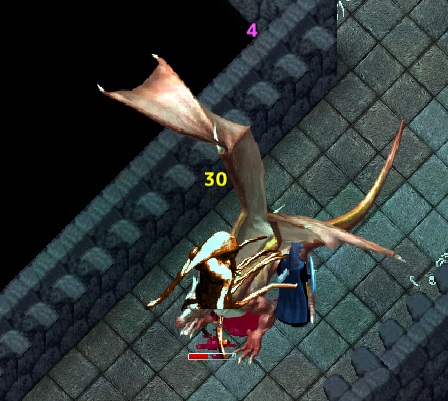 ​
After slain the creature with her mighty companion she took the sample.​

​
She return to the hospital and gave me the item.​
I gave the sample to Shirron.​
- This will aid greatly. As promised seek the famous mountain climber. Tell him the Shirron sent you.​
​
I knew about this mountain climber, I had seen him before at the gypsy camp at the other entrance of the Center of Ilshenar.​
I had to go back and take the moongate to shrine of Compassion.​
Inside the gypsy camp i saw Carl.​ 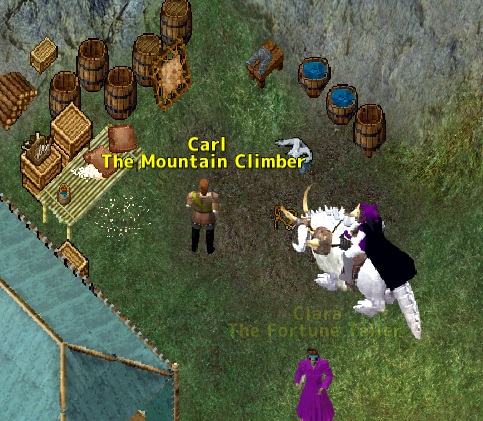 ​
I approached Carl and told him the Shirron sent me.​
- Let me know when you are ready to learn. I am sure the Loremasters await an answer.​
- What Loremasters?​
- I am sure whatever you find over there would be of interest to the Juka and Meer.​
- Where is the Juka Loremaster?​
-The Jukan Loremaster can be found near Mistas.​
- And where is the Meer Loremaster?​
- The Meer Loremaster can be found near Lakeshire.​
​
I heard enough, so i asked Carl if he could show me how to climb the mountain.​
With his guidance i reached the other side of the mountain.​
I was shocked to see that the Meer catacombs where destroyed and the fortress ones stood there was completely in ruins!​
I noticed some strange people hanging around the ruined areas.​
Grave robbers!​ 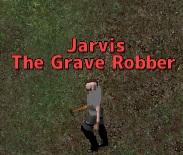 ​
​
They where digging and stealing the items that where clearly not from them.​
One of them saw me and engaged me with his pickaxe.​
I had no choice to defend myself!​
I pushed him away with my shield but he kept coming back at me in a very aggressive way.​
Its not something i like to do but i had to kill him.​
I searched to some of his bags and found some strange items.​
They clearly had marks on them of the Jukan and the Meer Race.​
I took the items and headed as fast as i could to Lakeshire , the town north west of the shrine of Sacrifice.​
The Meer people where friendly and gave me direction to the Loremaster.​ 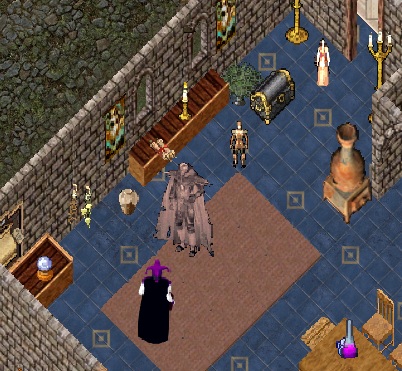 ​
- Greetings.​
- Greetings traveler, these are most uncertain times for the Meer.​
- What uncertain times?​
- In an instant our people all had the same nightmare ... a great war with the Juka.​
- What happened at the great war?​
- Our forest was burned to the ground, many of our brothers and sisters died.​
- What forest?​
- I had a vision of a forest on the other side of the mountain. Many of our heirlooms were lost.​
- I saw grave robbers taking your heirlooms!​
- I fear they may be lost forever. Should you find any and return them i shall reward thee.​
- I don't need any rewards. What shall i do when i find more of your heirlooms?​
- Place them in the storage chest. Prove your loyalty and you can claim a token of your devotion.​
​
After returning several of the Meer's Heirlooms they gave me this wonderful Meermage statue.​
The Loremaster thanked me and explained to me there different kind of items missing.​ 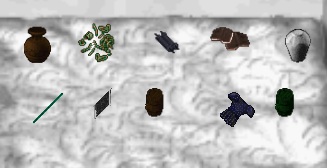 ​
-Meer Heirloom Vase​
-Meer Bones​
-Charred Meer Historical Scroll​
-Ruined Meer Tomes​
-Meer Urn​
-Ancient Meer Eternal Staff​
-Meer Tapestry​
-Keg Of Meer Ale​
-Ancient Meer Armor​
-Keg Of Meer Wine​
​
It was time to head to Mistas.​
I used the moongate to the shrine of Justice, it was close enough to head in the Juka territory.​
I rode as fast i could towards Mistas.​
The Juka warriors in the area did not appreciated my present.​
I knew there was a inn just west on the bridge that leads in the town of Mistas.​
When i was inside i greeted the Juka that was near the bar.​ 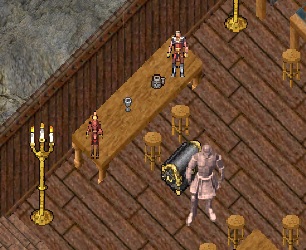 ​
-Greetings​
- I am the Juka Loremaster and i greet you with respect and honor​
- Can i help you Loremaster?​
- These are most uncertain times for the Juka.​
-Why are there uncertain times for the Juka?​
-In an instant our people all had the same nightmare, a great war with the Meer.​
-What happened in this great war?​
- Our fortress was destroyed, where it once stood is now a crater.​
- What happened with the fortress​
- There was a great flash and the ground shook.In an instant all our heirlooms were destroyed.​
-There are still heirlooms, i found some of them.​
-I fear they may be lost forever.Should find any and return them I shall reward thee.​
- - I don't need any rewards. What shall i do when i find more of your heirlooms?​
- Place them in the storage chest. Prove your loyalty and you can claim a token of your devotion.​
​
I agreed to keep a eye on more of there lost items.​
The Loremaster gave me a good description of their lost items.​

​
-Ruined Jukan Tome​
-Jukan Heirloom Vase​
-Keg Of Jukan Wine​
-Ancient Jukan Armor​
-Jukan Urn​
-Ancient Jukan Waymaster Bow​
-Jukan Tapestry​
-Charred Jukan Historical Scroll​
-Jukan Bones​
-Keg Of Jukan Mead​
​
I know the Juka and the Meer are enemies but i can not choose a side.​
For now i am going to try to help them both, i just hope i won't regret this action in the future.​
I have to go back to Central Ilshenar to stop these grave robbers stealing more items and return them to the rightful owners.​
​
The biggest concern on my mind is what happened that cause this catastrophe!​
​
New Frarc, Drachenfels News reporter.​