Must...have...deco examples to look at!

Heritage Barn: built on test centre for a competition on Oceania so deco is 'light' on as a lot of deco items not available.
Click to expand...

If you dont mind me asking, what size house is this?
L

Does anyone remember or even still have a screenshot of the OLD OLD piano deco?? I had one years ago.. and cant remember a few things and wanted to look Anyone?

Alumni
Stratics Veteran
Stratics Legend
Is this what you need?
UO Stratics - Famous Houses of Britannia - How to make the Pianos
O

What is the best way to build a pool table? I see the one created by EM's outside Luna south gate is made from dyed dark-green granite tables (which of course, we can't dye). Finding verite granite is becoming very tedious, and the color just seems off.

Alumni
Stratics Veteran
Stratics Legend
A slight variation on the 'ornate elven chest' range - the addition of lava serpent crust between the chest and the pot.


spidersilk for the tail

Waraji and Tabi for feet

Three wool for the body

Black pearl for the eye

Not sure what the bow on the neck is, it could be a ball of yarn.
No idea what the front paws are though.

That pyramid, how do you make it?

Someone was asking me about the abbatoir tables, I realised the original table I made is still around but the variations have been lost. So here's a re-post.

The 'donut' table with the center dropped out.

Two ways to fill the hole

Overlapped tables can house a large forge. Pentagram used only to show the difference, 2 abbatoirs would look better. Taking out the side allows a 'wrap around' table, possible suitable for anyone making a casino?

after some hard nights after my last move into this castle and a lot of brainstorming i tryed to find out to fill my castle with some nice stuff.

i thing there is a lot of space left, but i like it!

Can you please please please tell me how you made the desk ? I just and a catherdal theme building and would like to use that in the office
thanks!!!


Skylark SP said:
Deco snippets - just so we have something to look at for now. A deco forum - temporary or not - with no pics is sad. The new forum format limits to 4 images per post. 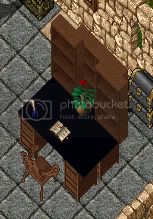 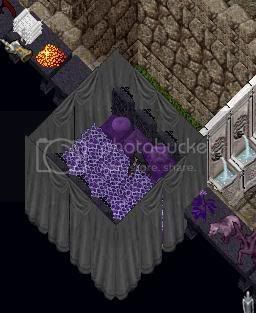 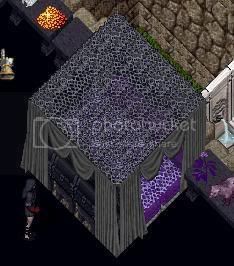 so many awesome idea's never enough space, kudos to the creator's alot of great stuff

Petra Fyde said:
Someone was asking me about the abbatoir tables, I realised the original table I made is still around but the variations have been lost. So here's a re-post.

after some hard nights after my last move into this castle and a lot of brainstorming i tryed to find out to fill my castle with some nice stuff.

i thing there is a lot of space left, but i like it!

Just a simple "ice box" for the cooking room...
Pretty basic stuff really, had not seen it done on my shard anywhere
If its not a "new' idea, appologies...

Also was used to hide the top of "Hearth of the Home Fire" that tends to poke through to thee floor above.
Last edited: Sep 13, 2012
F

Petra Fyde said:
Someone was asking me about the abbatoir tables


I saw this and it sent my mind into overdrive!
It occured to me that you could make this a solid multi tiered table by place 5 or 6 of them on the lowest Z axsis.
Then change the axsis of each one indiviualy to make it solid

I tinkered with it one night but was far too late and had one too many beers to get it just right.
What I can tell you is this:
1) My first mistake after place 5 seperate abbas and then dropping them to lowest Z axsis, was to try to raise each pc of each segment to the proper height!
2) You would HAVE to work from the northern most pc then work southwest in each following pc, in order to not obstruct yer view of other pcs!
3) I think where i went wrong was starting on lowest Z axsis, i suspect in order to get it to work you would have to have all the pcs at highest Z axsis.
Then depending on how many abbas you placed, drop each pc down 1 less per tier (depnding on final height)
4) My main goal was a table a Vender could stand in the middle of, did not get to test reachability of vender bag as i did not complete the table. It also occured to me the concept could be taken a step farther by going hight in tiers to make it into a "prison" and/or "cell" for a "prisoner...?

I may in the future play with the idea more , but am busy with other things, anyone else wanna have a whack at it , lemme know how it goes?

Also keep in mind if you wish to make this a full solid multi tiered table , you will have to place gozas for each table, stack them accordingly , then place the abba...
omg i am confusing myself now !!!

I KNOW this can be done , i may never use it , but dern it ima make it work sooner or later just cuz I CAN !!! 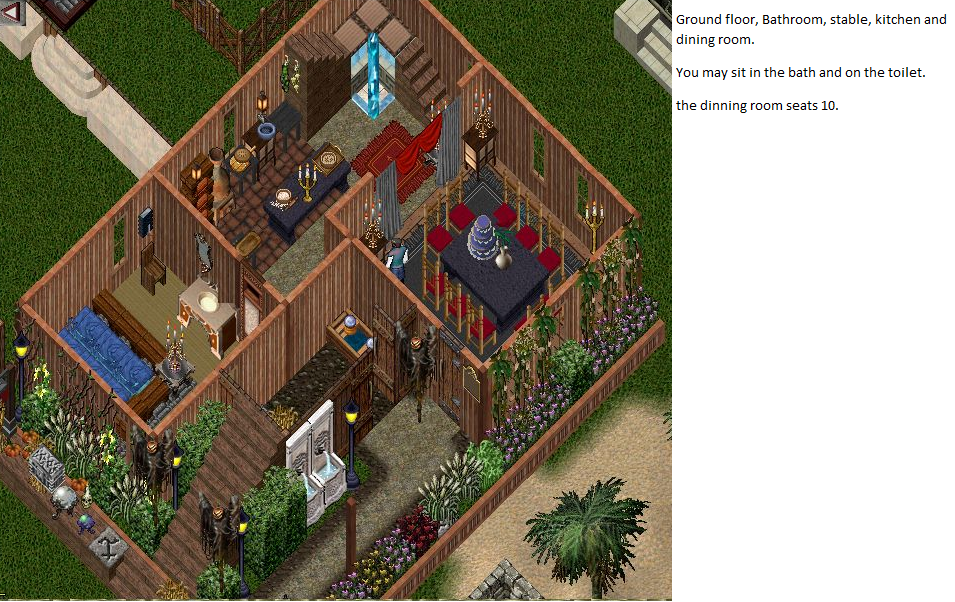 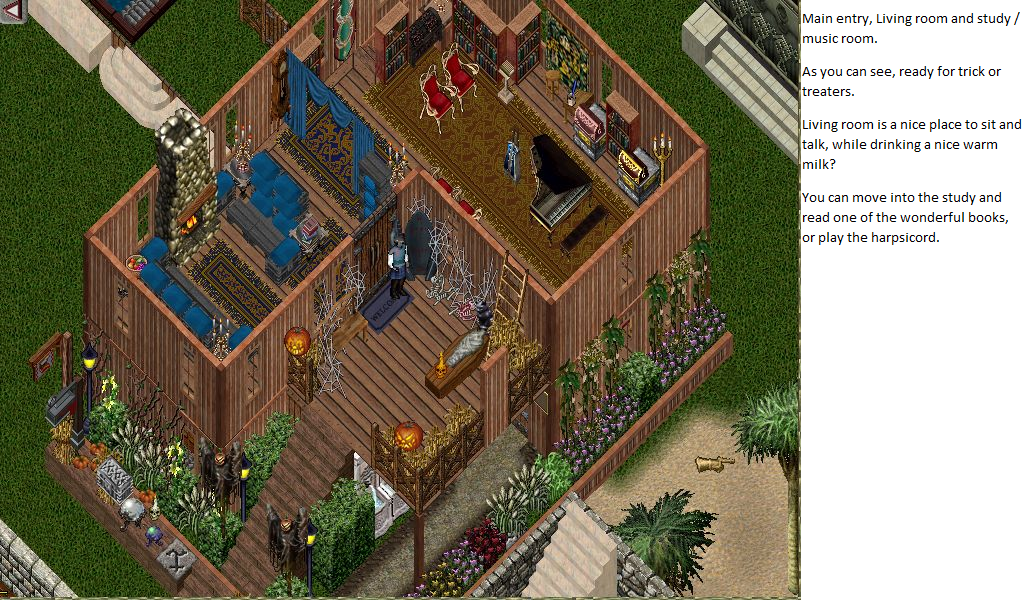 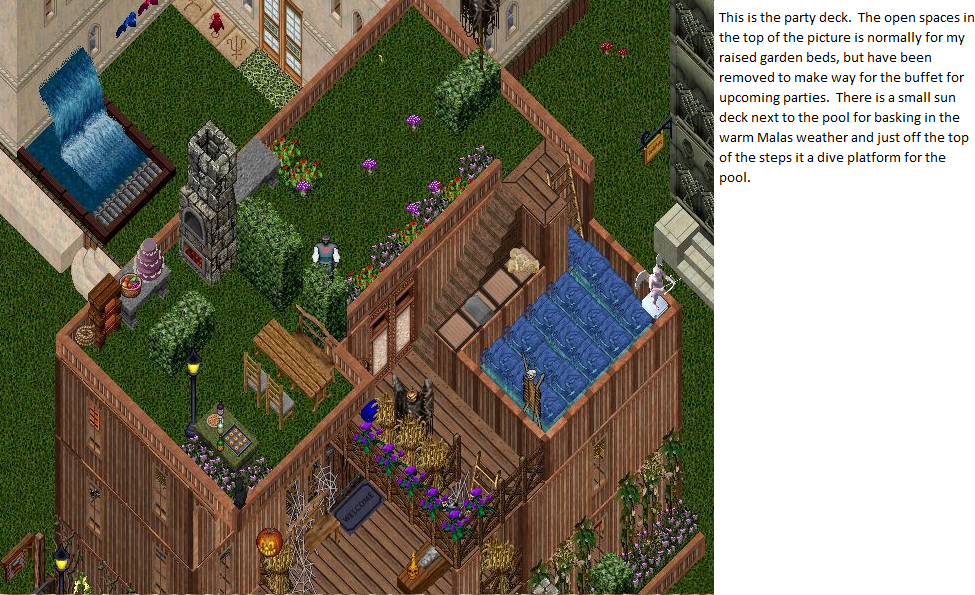 Stratics Veteran
Stratics Legend
Now that we are able to put things in the castle courtyards, we used goza mats to create this "deck" on the second floor of our castle

Alumni
Stratics Veteran
Stratics Legend
Music room - with drum kit - I used plain plant dye on an oak drum, 2 music stands, a metal shield and an aud char to make them tone in with the coconut 'bongos'. Supported by a barrel hoop below. 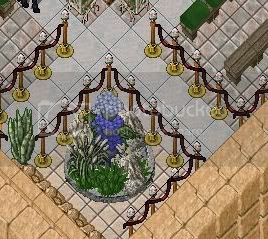 So I am trying to figure this one out still. The parts to the rope that I am confident in are the plates, mortars and pestles, and [normal] bows. But the two parts I can't seem to re-create are the poles and the knobs. I was thinking lit torches and smoke bombs, but I don't think that's right. Any hints would be wonderful. Thanks!
Last edited: Nov 27, 2012

Stratics Veteran
Stratics Legend
Thanks Petra! I'll give it a try this week.

Alumni
Stratics Veteran
Stratics Legend
Made two new dress form designs, with all the new items, I new it could be updated!

Alumni
Stratics Veteran
Stratics Legend
My sewing area. The 'sewing basket' is a crafted winnowing basket and so contains all my leather, cloth etc. I used bought balls of wool in the different types as they sit differently on the tile. One seat, the sewing machine stool, serves for sewing, spinning and weaving. The winnowing basket is made from the plants I grow for orange petals. 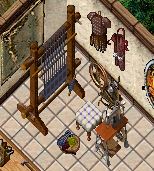 Looking for a whispering rose for Little

Stratics Veteran
Stratics Legend
Campaign Supporter
I walk around shards shopping the old fashion way as the in game search really stinks, and on every shard I keep a side book for houses that impress me, only been doing it for about a year but the book will grow ;o)

Put more rope on your anchor.

Supporter
Stratics Veteran
Stratics Legend
Fantastic idea, Pio! I have to do that right now!

Alumni
Stratics Veteran
Stratics Legend
Several people have added a banana tree to the banana horde from the new quest, not least Eaerendil's latest building. I offer my slight addition to mine:

The addition being the bunches of stealable bananas from town chests

placed in the tree.

Alumni
Stratics Veteran
Stratics Legend
What I did with the dragon turtle fountain:

Stratics Veteran
Stratics Legend
Campaign Supporter
I need to get me one of those.

Stratics Veteran
I like the rooftop shots, especially the pond and the aquarium!

Supporter
Stratics Veteran
Stratics Legend
The Bar with the aquarium is fantastic work!

Blackie said:
I created this house just for fun on Atlantic after seeing another example of a house that fools the eye into making you think it's flat. I gave it to the neighbor when I was done since it's not an 18x18 and I needed more room. He hasn't decorated the interior yet, the pics are just of the house itself in unfinished condition, interior deco incomplete. Excuse the big ship sitting above it, it breaks the scale I was going for with the small ships, but the neighbor behind parked it there and hasn't moved it since.


It's located on Atlantic, if you cross the N bridge out of vesper and follow the water on the left you'll eventually reach it. It's 3-4 screens above the bridge that leads to minoc. I'm planning an 18x18 version with water access on both sides next thanks to being shown a suitable location by a good friend. Hope it inspires.
Click to expand...

Alumni
Stratics Veteran
Stratics Legend
My friend and I were lookin for something to do the other night and stumbled upon a [UWF] Guild Meeting on Atlantic. Shortly after, Merlin showed us his lovely castle. Wanted to share his awesome fireplace, and classy crafter area. 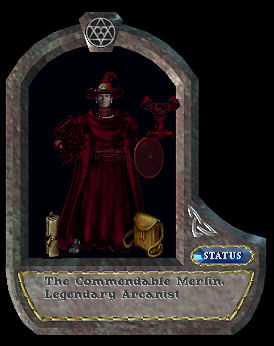 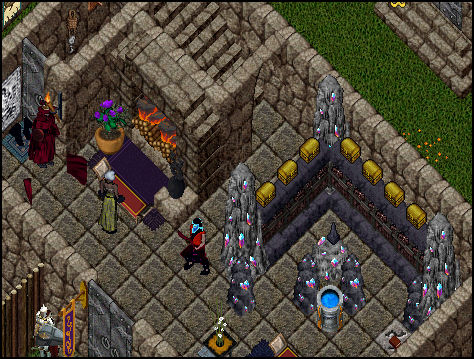 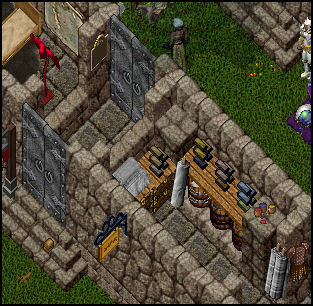 Alumni
Stratics Veteran
Stratics Legend
My deepest apologies with the older posts with external links.. Unsure of what they were prior to being switched, so here are a ton of uploads from over the years. the McDonalds was probably my favorite and the funnest to build.

Alumni
Stratics Veteran
Stratics Legend
This one includes a blessed keep on Great Lakes.. Decorated it before returning it to it's original owner. Enjoy.

Alumni
Stratics Veteran
Stratics Legend
The castle was a friend of mines, that was decorated by him.

Photobucket caused that unfortunately. They are trying to extort money out of people by blocking all their pictures unless they pay for an upgraded account, which in some cases would cost hundreds of dollars for people with a lot of pictures on their account.

What is the name of the tomb/sarcophagus graphic that is northeast of the marble statue block?

Stratics Veteran
Stratics Legend
Campaign Supporter
This is a GM Decorated house on Great Lakes from the Temple of Mordain? Mondain?

I dont' think you can get it anywhere else.