Murder in the Castle!!! 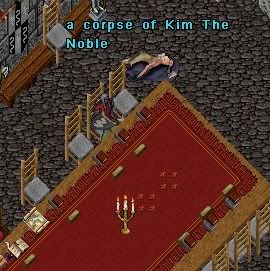 A noble residing in the castle was found slain today. Miss Watson an
emissary from Kijustsu Anei Village discovered the body earlier this
evening. Miss Watson stated that she had arrived early to visually
inspect the Township Summit Hall. She went on to inform us that an
arrow was found lodged in the chest of the body. When questioned
further, she refused to elaborate. I was able to get a look at the body
and a empty envelope could be seen in the noble's hand. The envelope
was addressed to Lady Tavalia Zodok. 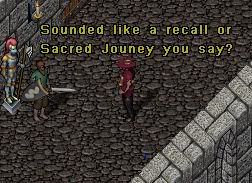 I was able to question a guard who was in a room next door. He said he
heard a lot of commotion in the halls but that was nothing unusual. The
castle always has a lot going on, however he heard a scream and then a
recall or sacred journey spell sound. He was able to inform us the young
lady's name was Kim but could not give us any information about her
function within the castle.