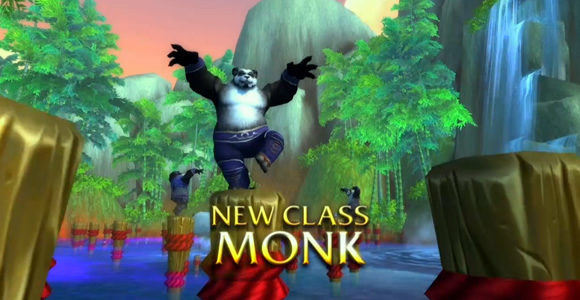 The Monk is the master of bare-handed combat and can chose to use weapons only for finishing moves so they can become an damaging class. Monks can also heal while bringing harmony and balance to any group they are in. They can heal the most vicious injuries with ancient rememdies and spiritual arts. Monks can also tank with their drunken stances that allow them to use bevereages and unpredictable combate style to absorb massive amounts of damage.

They can wear either Cloth or Leather.
Weapons they can use are: First Weapons, One-Handed Axes, One-Handed Maces, One Handed Swords, Polearms, Staves.

Some sample abilities known now about the Monks are:

Spinning Crane kick (Instant): The player spins while kicking in the air, dealing Physical damage every 1 sec, to all nearby enemies withing 8 yards. It also reduces movement speed by 30% and lasts 6 secs.
Roll: Costs 50 chi and allows the player to roll a short distance.
Tiger Palm: The monk attacks with the palm of his/her hand, dealing 23 physical damage. Deals 12 additional damage if the target is above 50% health. Cost: 1 light force to use.
Clobber: A melee stave ability that is used to generate both a point of light and dark force.
Blackout Kick: The Monk kicks with a blast of sha energy causing 39 physical damage to an enemy target. If the target is killed by Blackout Kick, the Monk is refunded 1 dark force point.
Statue of the Jade Serpent: The monk may summon a statue at a targeted location and anytime they deal damage, a nearby friendly target within 20 yards will be healed by the statue. The Monk can have up to 3 Jade Dragon Statues active at once.

The Monk will use a vast variety of resources to fund the abilities he/she uses during combat.

Chi: Most of the Monk's abilities will cost Chi. Chi is a resource that caps out at 100. This is very much like the Rogue and Hunter bars that exist in WoW currently.
Stances: This will named after classic Kung-fu fighting stances, such as Ox stance for tanking, Crane stance for healing, and Tiger stance for damage dealing. Think of Warriors except their 3rd option being that to heal instead of only tanking and DPSing.
Yin and Yang Forces: This is a dual combo point system for both the damage dealing monk and tanking monk. Monks can collect up to 4 light and 4 dark forces at once. Some abilities grant either a light(Yang) or dark(Yin) force, while finishing moves will consume them. Again think of rogues when they use their combo points but instead of just stacking 1 type you have 2 different types to stack depending on the ability you use.

Monks will be available to all races come the expansion. 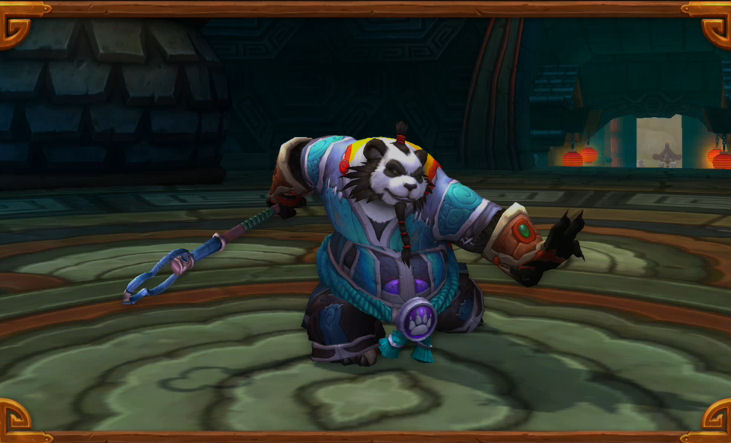 Although I have only played Rogue and Druid I can't wait for this class. It's great it can fill all three roles.
Show hidden low quality content
You must log in or register to reply here.
Share:
Reddit Pinterest Tumblr WhatsApp Email Link
Top