During the End of Days event in The Secret World, players discovered an exploit that the developers seemed not to have considered. In our latest TSW column, we take a look at what happened and the possible repercussions. Join the conversation in the comments!

Today's write-up on The Secret World was supposed to be a full-fledged discussion on why I enjoy Investigation Missions. Some new information came up, however that begged to be looked at as well: the end of the End of Days event for TSW. I'm going to take a look at what happened with the End of Days event for TSW, with slightly more emphasis on how their event contest relating to the Mayan incursions looks on my end. That said, expect the next TSW column to tackle Investigations, and we might even spend some time digging deeper into the philosophy behind them.

The End of Days event actually had prizes for people who decided to kill the most spawning Mayan enemies. The original idea was that the 1000 highest scorers (who got points from killing Mayan undead, among other things) would get a unique title, while the top 1100 people would get an exclusive pet called a Hatchling.

One problem that didn't seem to have been anticipated by the developers, who were probably enjoying the holiday break, was that an exploit had been discovered that dealt with specific safe zones in the game. 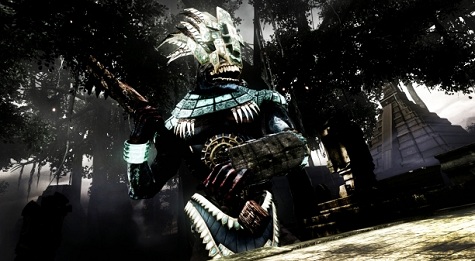 ​
​
Simply put, you can basically lure Mayan undead into a safe zone, automatically killing them and, so long as you dealt damage to them first, you would get points or credit for the kill. I actually saw this occurring at the Morninglight Camp in Kingsmouth, and it had me scratch my head for a bit wondering what was going on till it dawned on me that these enemies were dying almost immediately upon hitting a force field around the camp.

I'm guessing that by the time Funcom's log-watchers noticed the aberrant behavior, it was too late, as nearly everyone who felt sufficiently invested in winning the title or pet was finding some kind of way to farm the points, either through that method or through some other means I haven't heard about.

The End Result
I
'll let Funcom's statement on their implementation of rewards for the event speak for itself:
During the course of the contest however we noticed that some players were able to exploit the mechanics and reach impossible amounts of points, which in terms altered the rankings to unrealistic results. This of course is not what we had in mind with this contest so we today decided to change the way we give out rewards for the event:

Everyone who participated in the "End of Days" event receives both the title as well as the pet today. You can get your rewards over the claim window.

I'm going to speculate that there might be a couple of ways for players to look at this, including pleasant surprise (for those who participated without worrying about the rewards), justified gratitude (participated and actively worked towards earning the reward without exploiting), and a mixture of annoyance and anger (people who spent a little too much time killing Mayan undead for a pet and a title). 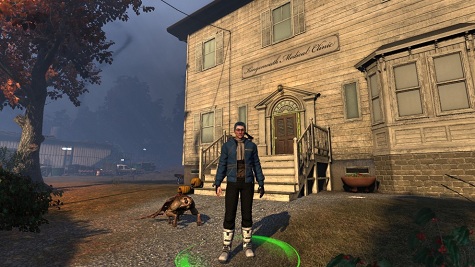 ​
​
There were also at least two ways Funcom could have dealt with the situation. One scenario would have been to sanction or otherwise severely punish exploiters who tried to game the system. The other scenario is the one that actually happened in this case.

My personal take on this is that Funcom perhaps chose the most sensible, positively framed option out of their available choices, and I think it will work well in their favor in public perception.
I call the choice to give the rewards to everyone a sensible response to the exploit because the exploit itself did little to no damage to the in-game economy and the overall rewards, while cool, weren't highly expensive to produce. Going through the logs looking for everyone who gamed the system would have eaten up time and manpower that could be better spent ensuring the trouble that occurred doesn't happen again in future events, so the event's end result could probably be best-called a worthwhile learning experience in unintended consequences.

Giving the rewards to everyone looks to be a net positive for the players as well. Funcom doesn't shame or out any players who used an exploit, even those who didn't know this could be treated as such originally. At the same time, people who actively gamed the system looking for a unique reward got penalized because, since everyone now has the same reward, there is no prestige to be gained by flaunting your in-game activities.
Everyone who participated (Funcom wasn't clear whether you had to kill a Mayan undead to count or simply be logged in during the event.) got something good for playing, and the experience of getting something without meaning to from Funcom serves the game company as a means of reinforcing good customer service in the minds of its playerbase. 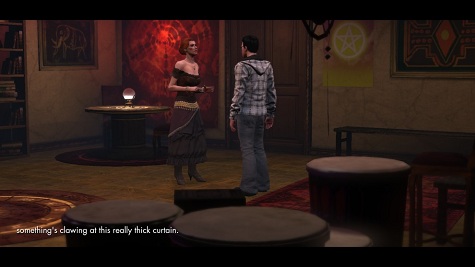 ​
All in all, despite the hiccups on Funcom's part, Santa Claus did come to town, and he managed to leave a horrible demonic creature in every player's claim storage in-game. Hopefully, other players see it that way as well
Click to expand...