Alumni
Stratics Veteran
Stratics Legend
Justin Olivetti over at Massively did an interview with Mark jacobs who was the former head of Mythic and producer of War. 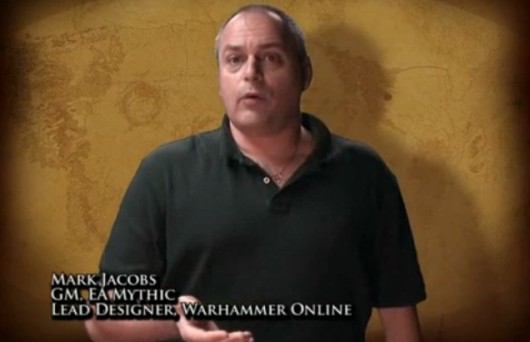 ​
When it comes to the 2008 phenomenon of Warhammer Online and the story of its rise and fall, there's one obvious source for the full dish: Mark Jacobs. The former big kahuna of Mythic Entertainment is now CEO of City State Entertainment, and while Jacobs is no longer in the WAR business, he's still passionate about making games and talking about his past experiences.

We sat down with Jacobs to look at WAR and what he thought went right and wrong with the title. Even today, many gamers are passionately divided on the game's build-up to release and design decisions. Some lay the blame at Jacobs' doorstep, while others admire the passion and vision of this MMO creator. So what does Jacobs have to say when put to the question about WAR's outcome? Find out in this exclusive interview! 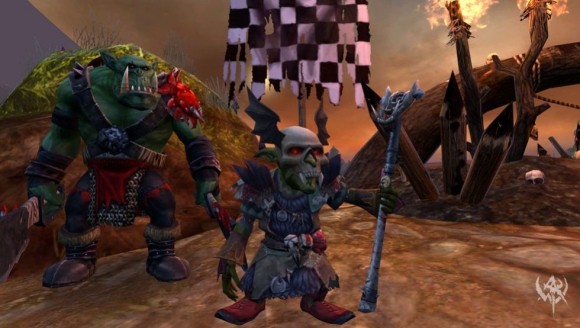 Massively: Did Mythic want the Warhammer fantasy franchise back when Climax had it (or even before), or was that a notion that came up after Climax washed its hands of the franchise?

Mark Jacobs: While I had played Warhammer in the past, our focus at Mythic was on Imperator and Dark Age of Camelot. I was introduced to the fine folks at Games Workshop when they asked us if they could visit Mythic and see how we did things, ask some questions, etc. while they were working with Climax. Once GW and Climax split, they asked us if we were interested in the license. My exact words to them were, "Take some time and decide if they wanted to get involved in another MMO." Once that time had passed and they were interested in licensing and working with another team, we opened discussions with them and another publisher who was also looking at the license.

For myself and many others, WAR is memorable for its sometimes crazy, sometimes outrageous pre-launch hype including sunglasses, bears, video podcasts, and audacious statements. Looking back, do you think it was right to push so hard for the game to create as large of a public profile as possible, or did this "over-hype" and hurt the launch expectations?

Frankly, I think the hype didn't hurt the game at all. What did impact its success was a combination of both external and internal issues. Blaming the hype or the guys who did such a good job on the interviews would be unfair. If the game had met the players' expectations, then everything would have been fine.

Also, if you look at how little money was spent on marketing WAR compared to other major MMOs (SWTOR, for example), it's hard to think of it as over-exposed considering we didn't even have a single TV commercial. And that's one reason we did what we did: We didn't have anywhere close to the marketing budgets of games such as Call of Duty, SWTOR and others, so we had to be more creative in order to generate the buzz.

You (and your team) certainly were not shy in speaking to the press and public, often candidly and without the heavy hand of PR on your shoulder. Of course, players latch on to everything said by devs as the Word of Truth™, which is why you often saw your own words thrown back at you (especially in regard to NDA drop windows and sever closures as signs of success). Do you regret being so open with players, or have you learned to hedge your words?

Nope, no regrets for speaking my mind, then or now. Every statement I made about WAR and what the team could deliver was always run by my former partner and/or the game's producer to make sure they agreed that we could deliver on what I said publicly. Sometimes though, like any other game, things that seemed doable run aground a year or two later. When that happened, the fans would blame me rather than the individuals or team who did the coding, art, etc., but that comes with the territory and frankly, I think it's in the job description of a good leader.

I've always been open and honest with the players, and while this sometimes means I'll take the heat if something goes astray, I'm not going to change now. I'll continue to speak my mind, personally and professionally, rather than lie, dissemble, or hide behind a community manager and only come out from behind the curtains to take a bow.

How much of a push or discussion was there in the planning stages for a third realm in WAR, a la DAoC? Considering the success that DAoC and other PvP-centric MMOs have had with this balance, why didn't WAR go this route?

My initial vision for the game was for three realms. Unfortunately, based on certain things that happened from then on, we changed to two. Would we have been better off with three? Who knows. DAoC was a very successful game, but if we had done three realms badly with WAR, I'm not sure the outcome would have been very different from what eventually happened. At the time, the entire senior leadership team at Mythic believed creating a two-realm game was a better choice than doing three for a variety of reasons.

What was the best quality that WAR inherited from lessons learned over on DAoC? 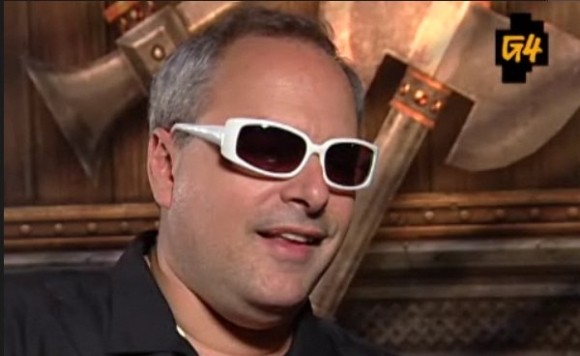 What were you most pleased with WAR, personally?

The effort that the hands-on developers put into WAR. The team made me incredibly proud with its hard work and other contributions. That was why when we had the layoffs, I did everything in my power to keep as many people as I could, including discussing with my former partner and HR giving up my entire salary to save more jobs.

Knowing what you know now, if you could go back to 2007 or so and give yourself some advice for WAR, what would it be?

Nothing that I would put in print, sorry. I'm not a "throw people under the bus" guy, and most of my key advice would involve those kind of statements. I will say, however, that I would be a lot more skeptical of statements like, "Trust me, Mark, this will work."

What lessons from WAR's development and launch should other studios learn to better their approach and products?

Do you think WAR might have done better if it had scrapped PvE and almost exclusively focused on RvR?

No. During the negotiations with EA and others, my belief was that any RvR-centric game is going to have a hugely loyal but smaller audience than PvE-centric ones. My initial projection for WAR was 300K monthly subs because I believed then, as I do now, that RvR/PvP scares off some people, and that back then, if you wanted a shot at bigger numbers, you needed to support both the PvE and RvR players. Plus, with the whole "the world's economy going to hell in a hand basket" thing, I'm not sure how much it would have mattered.

Since 2008, PC game sales have trended down year over year, and almost all MMOs that have launched since 2004 haven't had great results. At least WAR sold a ton of copies, was only in development under EA for a little over two years (May 2006 to launch), cost way less than most if not all recent AAA MMORPGs, and is still running.

Stepping away from WAR and Mythic must have been hard. How did it feel to suddenly be on the outside of this company and game you poured so much of yourself into?

Second worst year of my life.

Are there any personal easter eggs from you or featuring you in WAR somewhere? A surly Dwarf named Jarc Macobs perhaps?

[Laughs] I don't actually know or remember if there are any or not.

Finally, now that you've had some distance from WAR and are working on other projects, how do you feel about WAR in general and what's being done with it these days?

I think WAR is going to be remembered as a game that, unlike many MMOs, added some new and exciting things to the genre but also, like most, as one that only fulfilled part of its potential. For my role in that, I couldn't feel worse than I still do, especially for the team who poured so much of themselves into the game and built it. As far as what is being done with it these days, I really haven't followed it in the last two years, and there is that whole "don't criticize other developers" thing of mine.

Thank you for your time and candidness!

When readers want the scoop on a launch or a patch (or even a brewing fiasco), Massively goes right to the source to interview the developers themselves. Be they John Smedley or Chris Roberts or anyone in between, we ask the devs the hard questions. Of course, whether they tell us the truth or not is up to them!
Click to expand...