Massively: Flameseeker Chronicles: The eye of the storm in Guild Wars 2

Alumni
Stratics Veteran
Stratics Legend
Elisabeth Cardy over at Massively has the newest Flameseeker Chronicles up.


Flameseeker Chronicles: The eye of the storm in Guild Wars 2

​
You might remember that Guild Wars 2 got a fairly sizable update not too long ago. You might also remember that we didn't really touch on that update last week. I tend to think that such content needs some time to simmer before we can really dig into it here. The time has come, my friends! The storm has been well and truly gathered, so I believe it's time to take a look at some of what came into the game at the end of February.

Guild missions are a sort of long-term content. I'm pretty sure it hasn't yet been possible to unlock all the mission types, and that's even for big guilds with oodles of players and influence at their disposal. With their weekly cap on personal and guild rewards, they're meant to be built up a little bit over time.

The first guild mission I ran felt a little underwhelming. This was due, in large part, to a bug which has since been fixed. The bug ensured a guild member who was guesting onto the server where the mission was being kicked off was unable to claim the personal participation rewards. I mean, the content is fun and all, but it's definitely more fun when you receive a handful of really shiny stuff at the end of the bounty. As I said, that's been fixed, so all is well on that front. In fact, just on Sunday I ran my first mission with full personal rewards and came away feeling very pleased about the whole thing. 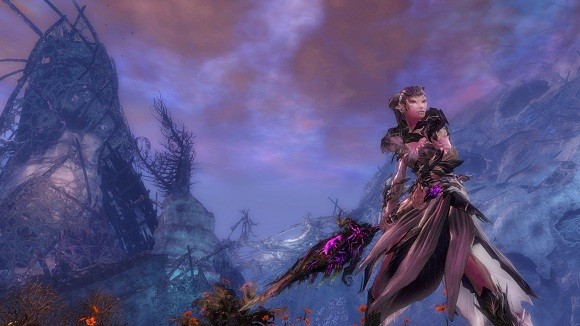 The other underwhelming factor about my first experience was the duration of the whole thing. Guild bounties aren't going to soak up a lot of your time; they literally cannot last more than 15 minutes from the moment you kick them off. We finished in about eight. It took more time to get everyone into Vent, on the proper server, into squads, and through the basic gameplan than it did to track down our two miscreants. Guild bounties, especially at the first tier, aren't incredibly dynamic; they don't build up to anything. That seems as if it'll be fixed in the long run by the addition of other mission types: If a guild were to run a bounty, then a trek, then a rush or some other agenda, that would be a more prolonged and dynamic experience. I've high hopes for where this content will go once there's been enough time for guilds to have a number of mission types at their disposal.

I'm still not quite sure how this will play out for smaller guilds in the long term. I'm guessing that most players who've revolved around a small, social guild up 'til this point will continue to cleave to those and find themselves a larger and perhaps more mechanically robust guild to rep once or twice a week. If a guild has a certain number of regular players, these little add-on guildies won't really be a detriment to them, but I'm sure some guilds will start to be very curmudgeonly about repping and start removing those folks who only show up at mission time. That is, of course, their prerogative -- and not without reason. For myself, I'm currently running missions with a guild that is, as I hinted at earier, at home on another server. The silly side to that is that no matter how much I may want to, I cannot contribute to their influence gain in any meaningful way (short of moving servers, which I have no intention of doing) due to the fact that even if I were to guest over there, all influence I gained would still be routed to my own server. While I'm glad that the bug I mentioned earlier has been dealt with, the whole system still seems to have little love for cross-server guilds.

One of the most interesting parts of the recent patch was a change to certain reward structures. Big boss chests like those you'll find at the end of a fight with the Shatterer, the Claw of Jormag, or one of the Orrian Temple bosses are now guaranteed to reward at least one item of rare quality or higher. This is, of course, awesome. While the fights can be fun on their own, there was a real disparity between doing some of the legitimately coolest content in the open world game and walking away from it with a small handful of blues.

Of course, especially with ectos being as in-demand as they always are (not to mention that tiny, distant hope of perhaps getting a precursor), this has led to a lot more people than had typically been usual dancing attendance on the Frozen Maw, the Shadow Behemoth, and other meta events that were affected by the change. That, in turn, led to a truly appalling amount of lag during these fights.

A lot of people are blaming guesting for the sudden nigh-unplayable state of these events, but I'm not sold on the idea that that's the true culprit. I'm fairly sure that a server as popular as Sanctum of Rall (which I'm pleased to call home) has enough money-grubbers like yours truly who hop from event to event that we'd be miring down the map without any help from outside players.

There are only so many short-term solutions to this. Naturally, we'd all be thrilled if the long-term solution were for the underlying issues that come about when you get all the players together in one tight space to get magicked away by some exceedingly clever and hard-working ArenaNet folks. A short-term solution seems to have been dropping the map population cap by a bit. One day, I found myself much more likely to be kicked to an overflow but also much more likely to enjoy a very smooth fight when I made it onto the main map. 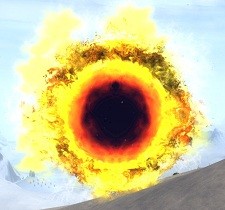 The game goes on. While we're all certainly looking forward to new story bits, WvW improvements, and other things that will be coming in the next month and more, there's still oodles to be done. I'm working with a few guildies to unlock our collective Dungeon Master title, the Fractals of the Mists are still getting a significant amount of custom, and I'm almost a bit surprised by how many folks are around me as I level my babies in low-level areas.

If you hadn't seen yet, the Guild Wars 2 releases page has been updated with a teaser for March. I hope you've been following along with The Gathering Storm's story, as The Razing promises to be action-packed.

Elisabeth Cardy is a longtime Guild Wars player, a personal friend of Rytlock Brimstone, and the writer of Flameseeker Chronicles here at Massively. The column updates on Tuesdays and keeps a close eye on Guild Wars, Guild Wars 2, and anything bridging the two. Email Elisabeth at [email protected].
Click to expand...