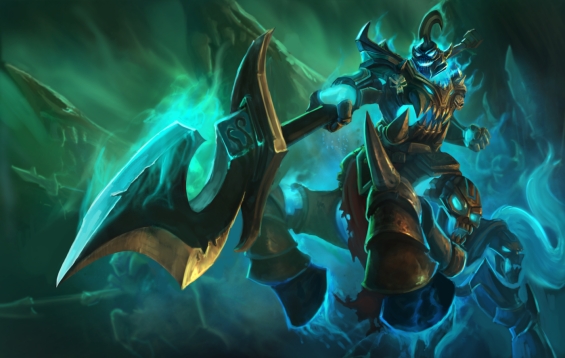 Hecarim, the Shadow of War, has galloped into the League of Legends. Swift and deadly, this heavily armored centaur is adept at chasing down fleeing opponents and punishing groups of enemies with brutal cleaving attacks. For his ultimate Hecarim leads a charge of spectral cavalry into the fray, dealing area of effect damage and causing enemy champions to flee in terror. 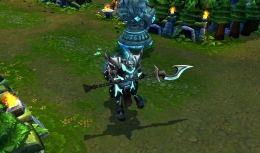 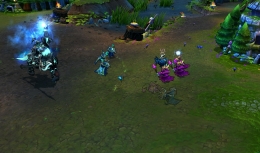 If its your opinion that heavy armor becomes all the more menacing when you add on a few horns and snappy crimson paint job, Blood Knight Hecarim should suit your fancy. On the other hand, if you think that the Shadow of War should take a moment to indulge his inherent air of mystery, Reaper Hecarim should be just the ominous take youre looking for. 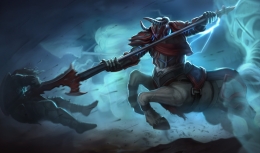 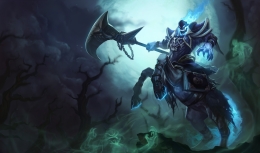 Those of you who are consummate horsemen, however, may find that a single skin fails to satisfy. For you true equine enthusiasts, weve put together the Hecarim Double Bundle.
- Hecarim Champion + Blood Knight Hecarim + Reaper Hecarim (Normally 2925 RP) will be only 1950 RP

As with all our champion bundles, these deals will come to an end after the weekend following the patch. Dont let them ride off into the sunset without you!

Well see you all out there on the battlefield, summoners!