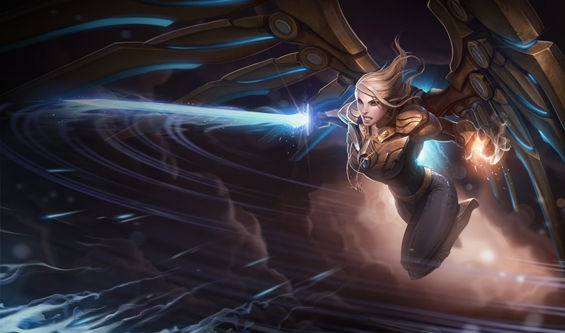 In this alternate fantasy, Kayle has returned to her homeworld following the loss of her wings. Broken but unbowed, she reclaimed the secrets of the master craftsmen that once inhabited her planet and forged a new pair of beautiful, transcendent ailerons and infused her blade with faith and light.

Armed with her new weapons, she brought an end to the ancient war that plagued her people and lifted her world into paradise. 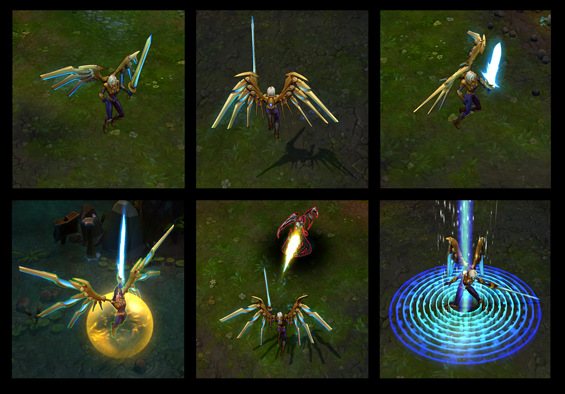 Legendary Aether Wing Kayle returns to the Fields of Justice with intricate new animations for her wings and model, light-infused spell effects, sounds and VO that evoke the promise of her vision.

Bring a vision of utopia to Runeterra with legendary Aether Wing Kayle, now available in the store for 1820 RP.