It was early in the morning when the first enthusiastic League of Legends fans turned out to line up for the World Finals at USCs Galen Center in Los Angeles, California. By the time the doors opened, fans circled nearly the entire perimeter of the venue, ready to cheer on the showdown between the Taipei Assassins and Koreas Azubu Frost.

Nearly 8,000 anxious spectators watched the two championship contenders square off. Before the match for the $1 million first-place prize began, Phreak and Rivington hosted an hour-long pregame show featuring an all-star game, trophy presentation, and orchestra performance. The atmosphere was electric as djWheat introduced the teams and the Finals got underway.

Triumph of the Underdogs

The final match between Azubu Frost and Taipei Assassins (TPA) was a best-of-five series with the winner taking home the title of Season Two World Champion and a $1 million grand prize.

TPA announced their presence with authority as the first game started, but Azubu Frost turned the tables in mid-game with several impressive team fight victories. MVP Rapidstar snowballed after multiple kills, including a quadrakill as Karthus. Watching from the front row, Team SoloMids Reginald commented, TPA played phenomenal  and I felt that they got complacent during the match.

After dropping the first game of the match, TPA had to dig themselves out of an early hole against a team that was heavily favored going into the championship. They didnt disappoint the huge number of fans they acquired over the course of their impressive run, and soon the crowd was boisterously cheering for the underdogs.

Between games, TPAs manager, Erica Tseng, jokingly told me, They play better when they are hungry. Thats why I starve them before matches. Whatever her secret is, it paid off. TPA was certainly hungry to win, and rallied to close out a commanding victory in their second game. With the momentum swinging back in their favor, TPA managed to take the next two games handily, winning the series three games to one.

The Summoners Cup, Motorcycles, and All the Foods

After a hard-earned victory, djWheat introduced the Taipei Assassins as the Season Two World Champions. Co-Founders Marc Merrill and Brandon Beck addressed the victors with heartfelt acknowledgements and awarded them the Summoners Cup. TPA will be the second team to have their name immortalized on the base of the Cup alongside Season One Champion Fnatic MSI. 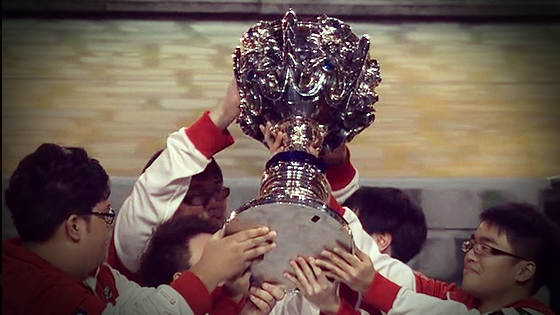 With a huge such a huge prize purse in hand, the press fished for answers to the classic question: What would you do with $1,000,000? Stanley and Lilballz each expressed their excitement at thoughts of purchasing a new motorcycle. For others on the team, the only certainty was some Taiwanese fine dining. Stanley stated, I want to be like Bebe and eat all the Taiwanese food. Most importantly, the team will return to Taiwan as heroes and ambassadors for eSports.

To watch the full recap VoDs of the event, visit our tournament site or the Riot Games channel on Twitch.