Age range:
18+ With some exceptions.

Time Zones Covered: All
Unlike some of the other mmorgp's/games darkfall's live 24/7 where your house and clan city can be smashed when your sleeping. So for most people, its important to belong to a nice and active 24/7 international clan.

We have 3 divisions, for 3 timezones, A European, Australian/New Zealand, and a American/Canadian. To get that needed 24/7 coverage.. You have to have in Darkfall.

This is our clans advantage. Having a large Australian division and a European division as well as a USA division. So, other clans wont get much sleep, or will wake to a lot of fire every morning. And you wont need to worry about your stuff while you sleep, and having to get up every hour.

Server Selected: Euro
Although the majority of our players are USA based, and we have a full 24/7 coverage and players in all time zones. There only is going to be Euro servers on release, With the possibility of USA servers in the distant future.

Past MMORPG's:
Insomniax has played most mmorpg's since the release of Ultima Online 11 years ago, and will are currently re-emerge back from many games like AOC Warhammer and Eve to produce a large but still personal clan. Most of us are sick of the carebear environment placed into all the recent mmorpg's, and miss the cutthroat pvp system originally found in UO over a decade ago.

Who are we looking for?
Quality English speaking people who want to share the MMORPG experience's with us. And like our name says you probably spend a lot of time in game. Players who wish to be a part of something bigger, and to work in a team, who are willing to keep up to date with the clan's forums, and get to know each other on voice chat. We aren't looking for people to join our clan as much as looking for people to be a part of it.

Leadership within the clan:
We have a Greek militaristic hierarchy system to ensure the clan runs smoothly, ranging from council -> Divisions -> Division Leaders -> Generals -> the Phalanx's. As well as specialist sections like Diplomats, Artisans, Cartographers etc. The council, where the clan's direction come from, currently contains three experienced gamers, with a long history going back to the start of UO, and even before that in the form of BBS's. Bringing to the clan not only a lot of gaming experience, but also compatibility and like mindness and a proven track history.

Playstyle:
We will be playing to win. Players are encouraged to find creative ways to get themselves and the clan ahead of the rabble. We have no rules on players behavior in game, except kill more enemy races than friendly races, to keep your alignment positive.

InsomniaX is a loose collection of like-minded and mature individuals who play mmorpg's to have fun. We are generally pretty mature, experienced and self sufficient, and its important that you are as-well.

We run an application based recruiting system for the clan, to ensure we are recruiting mature, friendly, like minded people. This application system helps us keep a high quality of players. People who are too stupid or too lazy to go to the forums, and fill out a application form properly in English, aren't the sort of people we need in the clan.

Let it be known that we hate rules, but in order for a large clan to function we need a consistent charter to make sure that all clanmates know what we believe in, and to make their own judgments as to whether they'd fit into this type of clan before they join. Clan hopper's are not looked upon favorably. 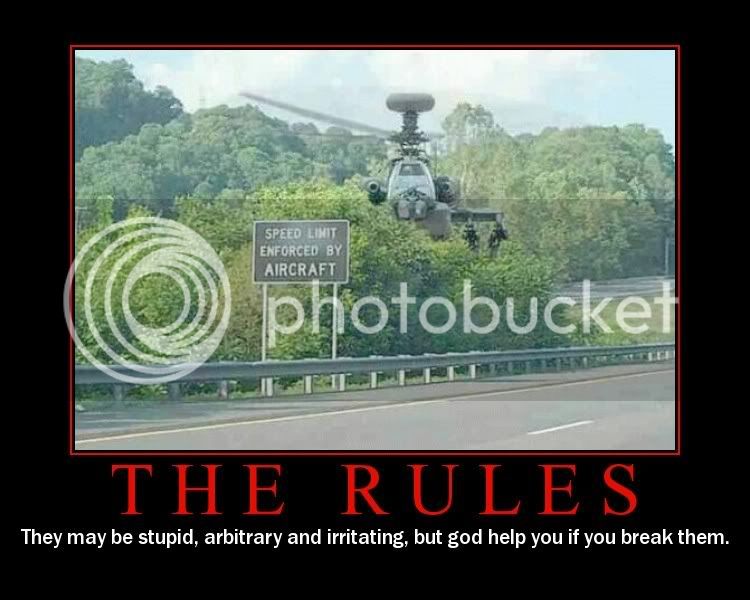 Age Requirement:
The clan is primarily for a mature player base, so primarily the clan is 18+ only, some exceptions allowed.

Voice Communications:
We have a large voice server to enhance the gaming experience. Its also a great way to get to know your clan as well. Voice communications is compulsory. And is needed for many reasons for quick communication within a hostile PVP environment. So after submitting a application, grab a mike and download the program, and hop into voice chat and get to know everyone.

Alignment.
Generally we will be highly clan loyal, but not have much concern for the welfare of people outside of the clan. But in order to become a powerful force as a clan within the game, We will keep our alignment positive.

We will kill friendly races, as much as we are allowed to while keeping a positive alignment. We will actively seek and kill enemy races, to raise alignment.

General Etiquette:
Respecting other clan members is paramount.
Griefing, abuse, flaming, swearing AT people IN OUR CLAN, or any other anti-social and generally moron-type behavior will not be tolerated WITHIN THE CLAN. Outside of the clan environment you may do as you please.

Do not have an argument in clan chat or flame people in the forums or voice chat or generally be negative. If you need to have a dispute with someone in the clan, or lodge a complaint, do it in private pm's, or pm them in the forum, or if you cant resolve the issue yourself pm a officer in the forums. Drama will not be put up with within the clan. Create drama, and you will be promptly removed from the clan.

Racist and sexist comments:
The clan is not arranged to be politically correct. But try to be a bit mindful of your clan mates.

Language:
There is no language restrictions, within the clan, but try not to go too overboard. And since voice communications will be used at all times, you might want to make sure you have a headset, and not just using speakers and a microphone. Especially if you have little kiddies floating around your house.

Above the law:
The above applies to every member and officer of the Clan. Its not one rule for some, and one rule for others. And this basic etiquette will be enforced, by all officers.

Leaving the clan:
If by chance you find that the clan isn't what you wanted, or expected. Please leave the clan before applying to another clan. To say goodbye, send a pm to the people you want to inform of your leaving and inform the GM or officers. And leave quietly without a scene, this causes less disruption in the forums and in game for people who are happily having fun, playing the game they love, with people they love even more. Once you leave the guild, you will be a enemy, like everyone else not in our clan. Do not expect to be treated as a friend, or treated the same as you where when you where in the clan. You are the enemy now and will be treated like one.

Not fitting in:
Officers in the clan have the full trust of the clan, which is why they are officers. If your not fitting in, they (after having a quick chat amongst other officers online) will either give you a warning, or remove you from the clan. At their discretion.

Clan objectives.
We are and always will be flexible, changing things and plan's to suit these outlines below.

1. Clan city ownership / warfare / epic battles
Our main aim, and goals, with everything we do, based around this. There's only 44 clan cities in game, we want to get one, and secure one, and be in a position where we can defend it from multiple clans, so we can own the city without having to worry about being threatened.

Are two examples of a position we never want to be on the receiving end of. The giving end, sure nps there..

This is basically our sole objective in game, and everything else will revolve around this.

2. Ships.
Although our main goal will be kingdom building. And kingdom warfare. Our secondary goal is to do that via the use of ships and a large fleet.

We want a large fleet, because ships are fun. Sailing along the coast blowing up people houses and other **** on the land that your sailing past, just seems huge fun. As well as capturing other peoples ships etc.

But mainly the fleet will be for attacking other cities, and defending our own.
Like we don't really have to worry about defending our city if no-one can ever land on it.

3. Infamous clan.
We intend on being a bully / aggressive / ass clan.
Where we can pk who we want when we want, attack whatever city we want, abuse whoever we want. Steal off clans or players. And generally do what we like in game, due to the fact that we can take and handle the consequences of our actions.

4. Where to have a city.
Where we will end up building will depend on resources, defendability, and many other aspects. We will settle somewhere in the south seas. Either Rubaiyat, Cairn or Surrounding Islands. Which suits our objective 2 (ships).

6. Clan size.
A lot of people don't like large guilds.
But that is simply because a large guild requires a lot of management.
And they soon get out of hand, if rules aren't put in place at the beginning, which people understand agree to and follow. A large clan under good leadership works well. But good leadership is hard to come by.

A key for a large guild is, 1/5 people are ass's. so as you recruit 5 people expect to kick one.

Clans that recruited and recruited, and never kicked anyone, end up with 500 people 100 who where ass's. Which make the guild fall apart.

Expect people to be recruited, promoted, demoted, and kicked, on a regular basis. This guild will not be based around friendship. This clan is and will be a business. Nothing personal about it. The main objective is not, playing socially, making friends, and chatting. The main goal is #1 above. And clan membership will be dealt with in that fashion.

How many will we recruit, how large will the clan be, depends on whats needed for the objectives above. Atm we have 100+ active members and are planning and aiming at keeping numbers around the 300 player mark.

A often heard excuse for not liking large clan's is, I feel like i don't know anyone in the clan, Its a bull**** excuse really. And something thats said when they are too lame to say their real reasons for wanting to leave a clan.
If the servers hold 10,000 people at once, that's 40,000 people on the server. Who really cares if you don't know the 39,700 who are not in your clan. And similarly who cares if you don't know 200 people in your 300 person clan. It will be hard to keep track of everyone, new people will be coming and being kicked all the time. But it will also be the 200 people you don't know, who play on different time zones, that are defending your city and your ****, while your at work or sleeping.. (Not that InsomniaX sleep much)

So, its important to keep the clan's alignment up, by not having low aligned players. As a clan we will be doing constant raids on enemy races, to get our alignment up. Which then can be used to raid friendly races.

You can only have one character, so you cant really limit yourself, to being a evil character. Then you cant enter npc towns, trade, help with trade routes, and do quests, like quests to kill titans etc.
Which we will end up doing....
Show hidden low quality content
You must log in or register to reply here.
Share:
Reddit Pinterest Tumblr WhatsApp Email Link
Top