Guild Wars 2>News>Guild Wars 2: The First Year
Guild Wars 2: The First Year
by Mike O'Brien on August 27, 2013
So much has happened in the past twelve months that sometimes it’s hard for me to believe that it was just one year ago today that we launched Guild Wars 2 in North America and Europe.
Creating Guild Wars 2 was an enormous undertaking — two hundred developers working for five years — but releasing it was even more so. You may have heard it said that “building a successful MMO isn’t a sprint, it’s a marathon.” I think that’s true – you have to adopt the long view – but sometimes the challenges after launch are so varied that it really feels more like a triathlon. 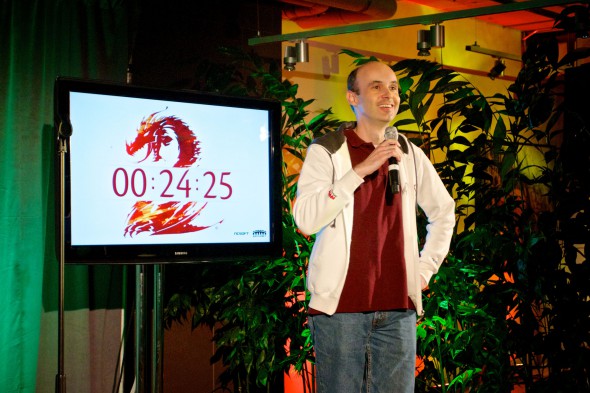 Those first few months were a time we’ll never forget. The game sold so far beyond our expectations that we decided to stop selling it for a while to avoid overwhelming the servers. Even then, some aspects of the game were bursting at the seams, and we worked around the clock to address everything. Here’s an example: for a while we had a regularly scheduled security meeting every night at midnight. It was all a hell of a lot of work, but it was worth it.

“We’re now updating Guild Wars 2 about five times as often as the typical MMO.”​
But those first few months were only the start of the adventure. The real challenge is in evolving the world over time. And I think the real mark of a success of an online world is how that world grows and evolves, and the extent to which players can take the world and make it their own.
To plan how we’d evolve the world, we went back to our roots.
Those of you who have been with us from the beginning will recall that our first goal with Guild Wars 2 was to make a truly dynamic world where the actions of players change the world around them. We had railed against traditional MMO mechanics like quest chains that force the world to be static and unchanging, and instead had built a world full of dynamic events where players working together can actually change the state of the world. We knew we wanted to use live updates to make the world even more dynamic. And we knew that in order to really succeed at that, we’d have to be able to ship new content into the world at an unprecedented scale. 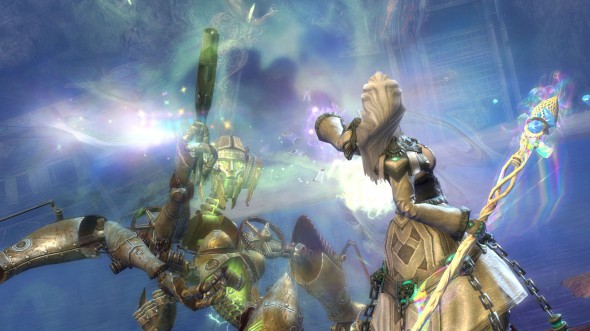 So in this first year we’ve ramped up to make Guild Wars 2 the best-supported, most-updated online world in the industry. And if you ask me what stands out most about our first year, I’ll tell you, I think the number one thing we accomplished was reorienting our company to be able to update the game so much. In the first eight months after launch we shipped eight major releases, and then in the subsequent four months we shipped eight more major releases. We’re releasing new content every two weeks. Think about the power of that. We’re now updating Guild Wars 2 about five times as often as the typical MMO. 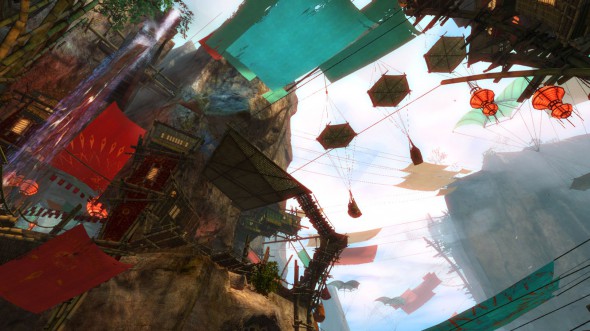 As we start to hit our stride with these releases, and as millions of players log in to participate in these world-changing events, you can see a kind of magic start to happen. The line between dynamic events and live updates starts to blur. The world really is changing all the time, and there’s always something new to see and do. Players join forces by the hundreds to answer each challenge, whether it’s the invasion of Scarlet’s army or the onslaught of Tequatl the Sunless or the fight over Stonemist Castle. 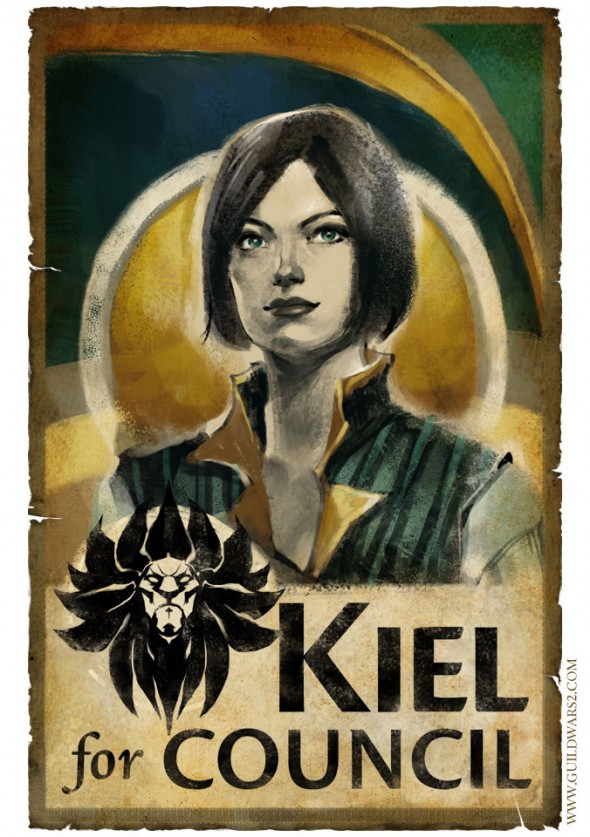 We want to involve you in shaping these world changes. Recently you elected Ellen Kiel to the Captain’s Council, along with her promise to research a Fractal dungeon about the Thaumanova Reactor Explosion. That means you directly decided what content ArenaNet is building for Guild Wars 2 for release later this year. In the coming year you’ll see more and more how your choices and actions in Tyria will permanently change the world.
It’s exciting. With so many forces at play, who can predict how the world of Tyria will have changed by this time next year? I can’t wait.
Thank you all for joining us for this journey. We hope you’ve enjoyed seeing the world of Tyria and this game we love grow and evolve so much over the past year. 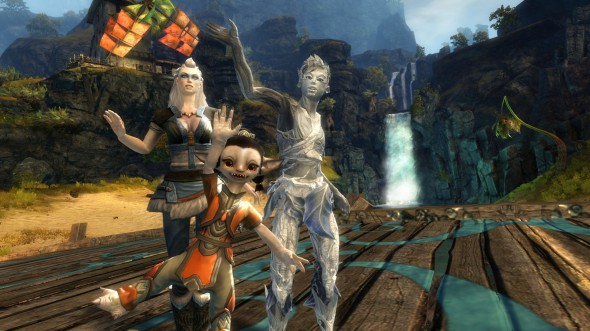 If you haven’t joined us yet, there’s never been a better time. Whether you’d rather wage war in epic battles with hundreds of players, test your skills against fellow players in our competitive PvP scene, or just explore a vast world that offers new surprises every time you log in, I invite you to check out Guild Wars 2 today.
I’ll see you in-game.
The First Year of Guild Wars 2
by the Numbers