Got my Nidhoggur, now what?

Administrator
Moderator
Professional
Stratics Veteran
Stratics Legend
Social Media Liaison
Wiki Moderator
UNLEASHED
Nidhoggur? YES!
So I finally got the skills to safely (well one is never safe in Eve) fly my new and rusty Nidhoggur. I know, I know, but safely I mean confident that I have the necessary skills to be an effective pilot and not just an easy peasy killmail. My NID is not the best fit right now but it is not poorly fit either. I am running a mix of T1 and T2 parts. I have the skills for T2 all across the board but I don't have the liquid ISK for it. My shields are T2 minus the extenders and I am running T1 fighter support units and T1 fighters. I can use T2 fighters but they are expensive and I prefer to learn with the cheaper ones.

First Anom with my Nidhoggur
My first Nidhoggur anomalie was a basic Forsaken Hub. I know those inside and out from VNI ratting and felt confident that it was a great place to start. I scanned to make sure it was empty and warped in at 100km. It was weird right off the bat because I am use to warping in at zero and orbiting the nearest asteroid. Once I landed, aligned with my Keepstar, and locked my targets. It was time to launch the fighters and what a feeling it was! Once launched, I clicked on the guns and sent them towards the first target. They did not disappoint, I was killing at record speed for me. Even with being a noob, I only lost 1 fighter. My first tick was 26 million which I don't feel is bad for a first run.

Final Thoughts
Overall it was a very successful first day of carrier ratting. I made a little over 400 mil in bounties and another 80 mil by selling my escalation. My fighter loss was acceptable but it will lessen as I become more practiced using them. I have taken the ISK made and re-invested it into my Nidhoggur replacing T1 pieces with T2. Everything is now T2 except for my rigs. I will continue to adapt my fit as my skills increase and my income though I refuse to bling it out. I don't need to be anymore of a target than I already am. 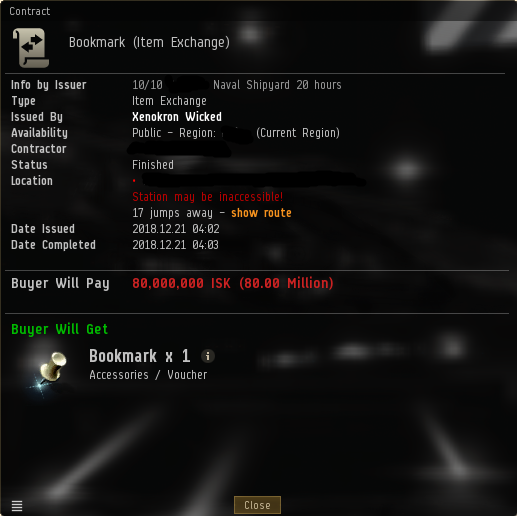