(also discuss why I couldn't embed these)

VIP
Stratics Veteran
Stratics Legend
It's really interesting to watch these competitions. I find it interesting that practical makeup artists run into the exact same kinds of issues that us digital artists do - with artwork as well as creative conflicts.

For the final pieces, I think that the female should have won the competition. It's true that the guys did an amazing job in the time they had, and obviously worked famously together, but I don't feel like the final product worked for the Star Wars Universe as well as the ladies character did. I also loved how clean the lines were and how polished the final product was. These were things that I thought were lacking in the guys final piece. By the way,you can see their work converted into the Clone Wars version at: StarWars.com | Home

But the tools us digital artists have in our favor is the CTRL + Z and revision history! In sculpting, it's really an all or nothing sort of situation. And even if you get the sculpt spot on, a bad mold pull and you're screwed! So my hats really off to these artists who are, in every sense of the word, working without a net. But clean lines and definition are keys to making good creature design regardless of the media of your choice. Silhouettes play a key role in defining your character, and setting it apart from the other creatures/characters in your movie or game. If you think about all the really iconic monsters, you'll notice that most of them have really distinct silhouettes.

One thing I loved about both teams is how well they worked together, placing trust in that the others knew what they were doing, a stark contrast to the other team (Joe and Tommy) where Joe bailed before eliminations.

The team that failed was a perfect example of how not to be a part of a creative team. Collaboration requires a lot of give and take, and a lot of trust. The most important aspect in these types of situations is to keep the environment healthy and productive. When either of these aspects go sour, you can expect that tempers will flair, productivity will falter, and creativity will tank. And this happened in HD last night to that team. It's unfortunate that this happened to both of these contestants in such a spectacularly public manner. I think it's important to remember that these contestants are under emmense amount of pressure and people don't always react well to pressure. I really believe that Joe was just reacting to feeling the pressure, and unfortunately exacerbated the situation by not putting his feelings in check.

Alumni
Stratics Veteran
Stratics Legend
UNLEASHED
Absolutely this was my favorite of the night! 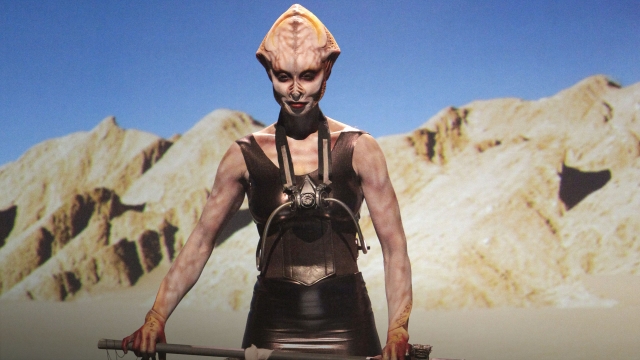