Enter at Your Own Rift: How will Storm Legion change the face of RIFT?

Alumni
Stratics Veteran
Stratics Legend
Justin Olivetti over at Massively has news for you Rift junkies. Good read and hope you all enjoy. Can be found here.


Enter at Your Own Rift: How will Storm Legion change the face of RIFT? 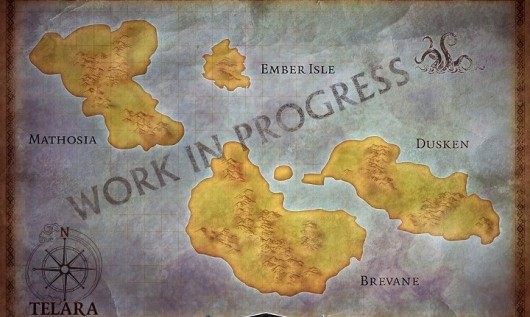 ​
Expansions are always a great time to get back into a game. Just ask me, Mr. Former-and-Now-Current RIFT Player. That's right -- I've leaped back into RIFT and have rejoined Karen to co-host this column. I know you're just a-shiver with excitement, but keep it together: We've got higher peaks to summit, my friend.

Two weeks ago, RIFT muscled back into the spotlight with the announcement of its first-ever expansion, Storm Legion. I don't know if any of you felt like this when you heard it, but I was surprised, considering just how much work Trion Worlds spends on updates. When did they devs have time to squeeze in work on a full-blown expansion as well?

But it's no myth. Storm Legion is coming this fall, and it's destined to change the face of RIFT as we know it. The world's about to triple in size, and the team is building on the lessons learned in the first year or so of this MMO's lifespan. Will it bolster RIFT against the current and coming competition? Do we need two more continents? And what, pray tell, are those four new souls? 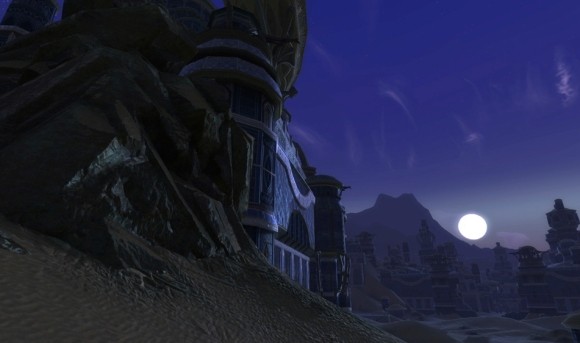 Let's just kick off with the most negative part of this expansion's announcement: There will be no additional races. Honestly, this shocked me. Seriously, Trion? You're adding four new souls (classes, essentially) and two giant new continents, but there were no additional races to be found out in the big, bad world of Telara?

It's certainly not a deal-breaker, but I was a little let down on this front. For all its diversity and flexibility, RIFT's roster of races is anemic and uninspired (two humans, two Elves, Dwarves, and bigger humans). This expansion would've been a great opportunity to add more.

But that's all I'm going to say about that, so let's get on to the highlights!

Trion's maxim for Storm Legion is "bigger is better." The team wasn't content to just add one new continent (which would've been just fine); it's doing two. In addition, there will be absolutely giant open-world boss encounters, four new souls on top of the dozens that currently exist in the game, new raids and instances, and so on and so forth.

One of the things I love about Telara right now is that it has a a nice compact, quality feel to it. The zones don't waste space, and it's not just size for size's sake. Yet I can understand how players who have spent over a year in the same environments are chafing with desire to get out and explore something new. The two additional continents offers choice between two themes (horror and "birthplace of civilization") and will help to relieve congestion on launch day.

However, there's some concern that this will add too much land and spread out the players too far. RIFT's dynamic events thrive on a critical threshold of players, and if you've ever been in a zone with only a handful of others, you'll know how frustrating it is when you can't tackle the tougher ones without proper support. Maybe Trion is banking on an additional influx of players to help counter the spreading of butter over too much bread; I don't know. But it is a concern. 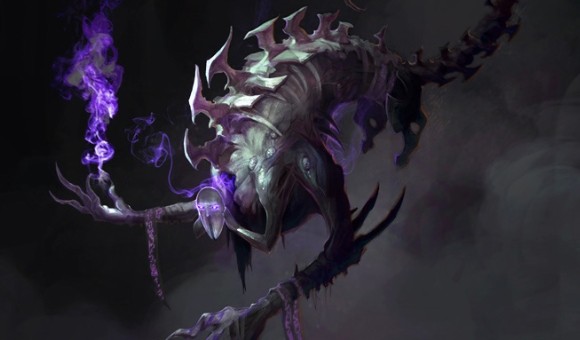 Personally, the two biggest selling points of the expansion are also the two least-talked-about features to date: the four additional souls (one for each archetype) and the player/guild housing known as dimensions.

Apart from knowing that we're going to get those souls, Trion's been tight-lipped on the subject, presumably because it wants to save some of the juicier news for later headlines. That certainly hasn't stopped players from speculating on what the souls will be like, depending on the personal perspective of what's missing in the archetype. Do Mages need another support? Should Warriors have some sort of weird hybrid healing class? Are Clerics in dire need of a full-on tanking soul? Will we see Rogues who can jump from treetop to treetop like the ninja? No matter what these souls will be, we are assured that they will open up scads of new combinations.

Trion was more communicative about current souls and how the expansion will affect them. A producer posted a FAQ in the forums about how the studio will be handling the level increase and class expansion. In a nutshell, the 10 additional levels will come with more soul points, talent tree abilities, and root abilities, not to mention some work on lower-level abilities and talents. In short, even if the expansion weren't going to include souls, it would still require us to rethink many of our builds and roles.

Dimensions, aka player housing, is perhaps the most maddening of expansion announcements because if Trion's being tight-lipped about the new souls, it's not even risking a fart in the off-chance that escaping gasses will sound like details on this. Still, player housing! Guild housing! Who's excited with me?

The full description of this new feature is as follows: "Customizable spaces allow players and guilds to own a sliver of Telara." So we do know that it will utilize the sliver system, it'll be customizable rather than static, and it will come in both player and guild varieties.

I think this is capital for many reasons. First, I've always personally loved player housing. Second, guild housing will give guilds a logical place to congregate, party, throw meetings, and so on. Guilds could conceivably work together to outfit the place. Third, housing offers a sense of place, of setting down roots in a virtual world. No longer will we be unkillable nomads from another time; we'll be residents of the here-and-now. Fourth, it'll add a lot of new loot to seek out and attain, and more rewards are always a good thing in my book.

How will this change the face of RIFT?

Let me end by theorizing with how Storm Legion will change RIFT. The biggest thing is that this expansion sends a clear and present message to both players and the industry that RIFT is here to stay -- and it means business. If you were to measure a successful MMO by the amount and pace of content released, then RIFT is proving itself to be a very successful title.

Expansions galvanize fans and rope back in former players (including me). Sometimes it takes more than one try to see whether a game will "stick," especially if there's been a lot of updates since the last time you played. It never hurts to make people think, "Oh yeah... I had totally forgotten about that game! I should check it out."

More than just press and a possible influx of players, Storm Legion looks to expand RIFT into an actual world. I always thought it felt strange that the entirety of Telara is this one isolated continent with no notion of what lies beyond the waters. Three continents plus a huge island feels more like a world to me.

Trion's made a couple of points that have all jibed with my soul. The first is that the devs keep wanting to inject fun-for-fun's-sake activities in the game, as in the case of the enormous colossus battles. The second is that a cohesive, memorable story will take a bigger role in the expansion. Some of the best moments of story in this game has happened as scripted scenes in the world itself (the conversation between jailed NPCs during a certain werewolf battle sticks out in my mind for some reason), and I'm all for elevating story in this game beyond the quest text box.

Expansions are a sign that a game is healthy and growing, and it's definitely good to know that RIFT's weathered its first year just fine and is seeing its horizons stretch.

Whether they're keeping the vigil or defying the gods, Karen Bryan and Justin Olivetti save Telara on a weekly basis. Covering all aspects of life in RIFT from solo play to guild raids, their column is dedicated to backhanding multidimensional tears so hard that they go crying to their mommas. Email Karen and Justin for questions, comments, and adulation.
Click to expand...