Elesil needed us again and wanted to meet us in the castle throne room.
She was able to decipher part of the old letter we got from the Master Thief.
It seemed that Blackthorn use to be part of a alliance.
Maybe we could find a member of the alliance and interrogate him.​ 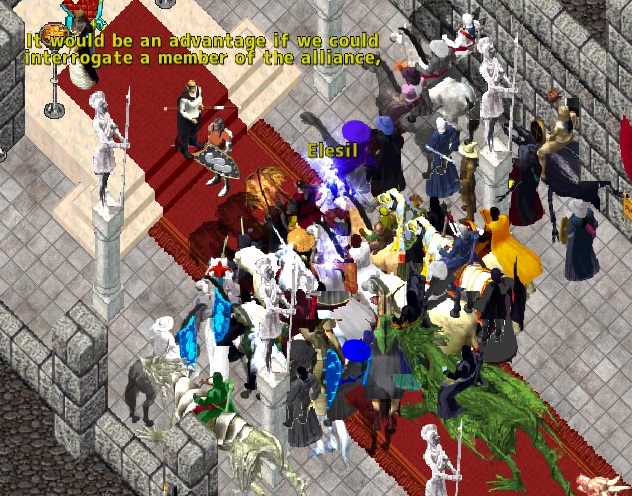 Elesil found out about a entrance to a old ogre fort and maybe there we could find someone to interrogate.​


Elesil opened a gate and took us somewhere north of Yew.​ 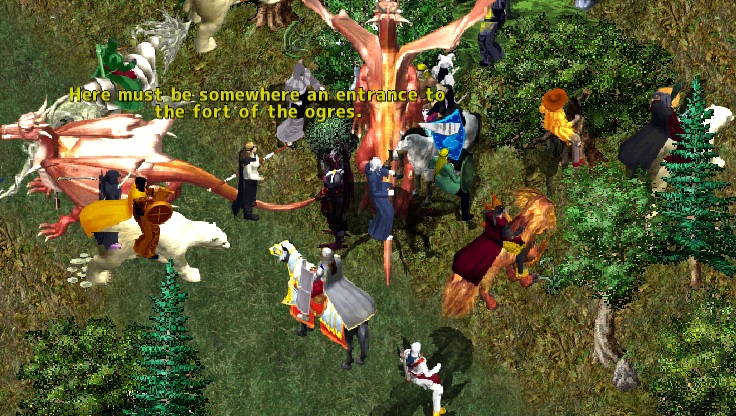 We moved our party more to the north to find the entrance to the Ogre fort.
But it took not to long before several dozens Ogres and Ogre Lords attacked us.​

They where not really a match for this well organized party.
We where worried for a bit when a few blood ogres made there appearances.
Our worries where for nothing when event the blood Ogres started to flee from our little army.​


After a few minutes of fighting we found the entrance to the fort.​ 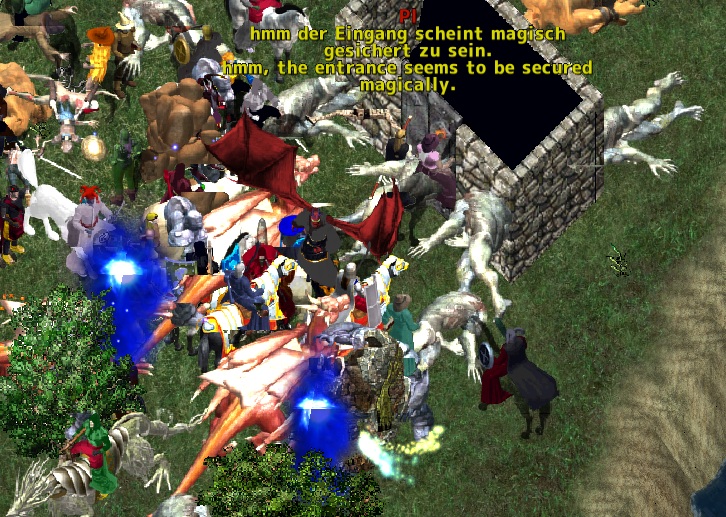 The entrance was strange.
The doors of the entrance opened like any normal door but ones inside there seemed to be no exit.
Could only mean this magical entrance needed the right password.
Elesil examined the old letter more closely.
It seemed there was a word on the letter that might be the one she needs.
When she spoke it Elesil disappeared from all our eyes.
A few moments later she reappeared before us again.
She found the entrance and even was able to mark a rune inside the fort to take us there.​ 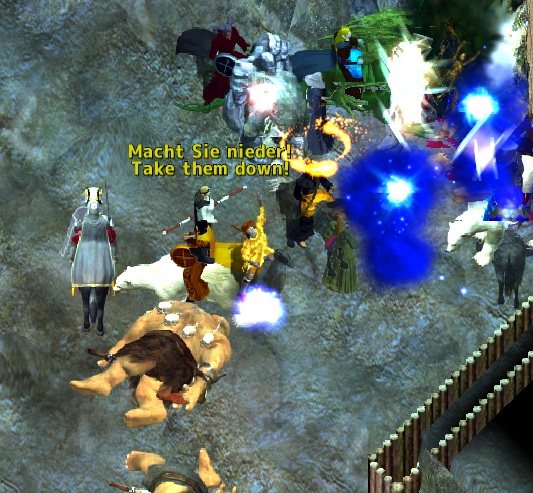 More Ogres Lords came towards us all and it was not for a friendly greetings.
We had to fight our way trough a hole bunch Ogres.​


We had to keep our eyes out for the leader and see if we could capture him.​


After defeating many ogres we found a monstrous Ogre King.​ 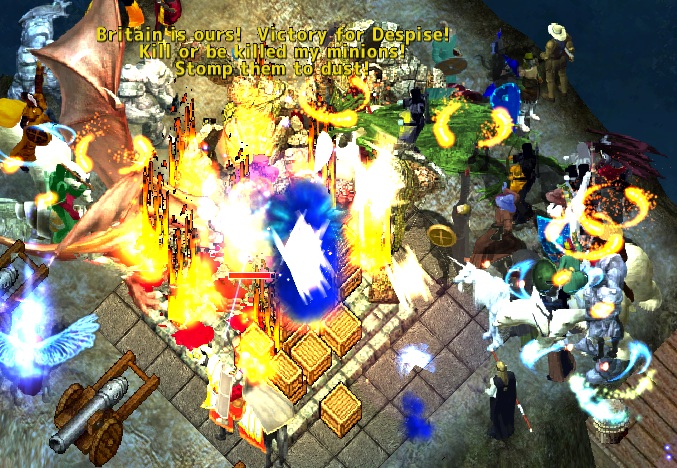 The Ogre King was too aggressive and Elesil understood very fast he would not let him capture alive.​

Many heroes fell in this hard battle.​ 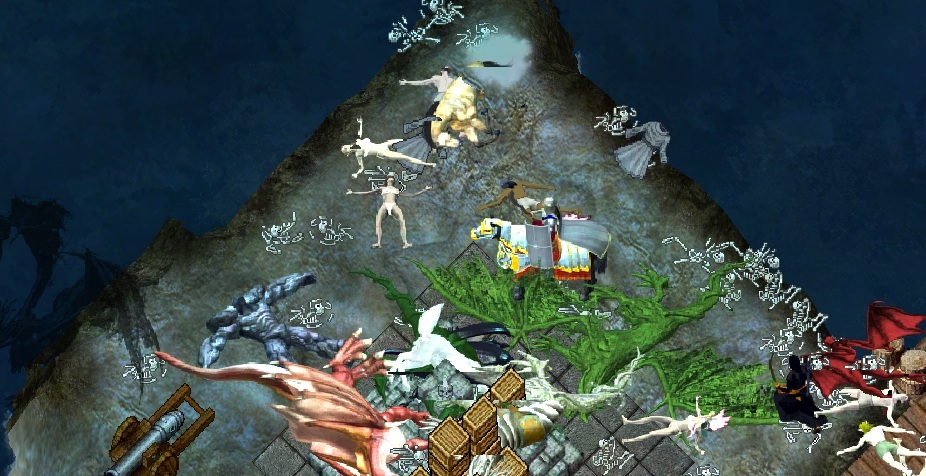 But after a long fight we took down the monstrous Ogre King.​ 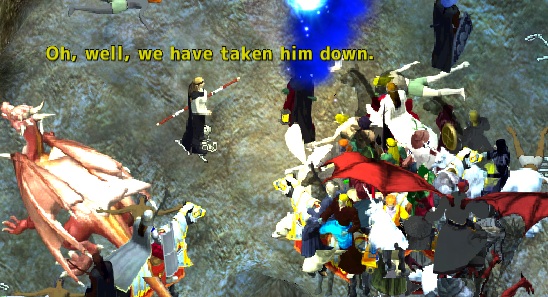 Now that the Ogre King was death we had to find something else that lead us closer to the reason of the robbery.​


A strange skull caught our eye.​ 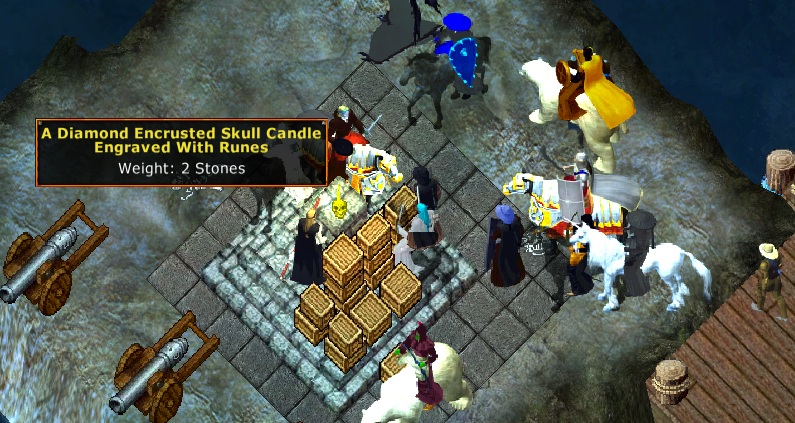 Maybe the runes on the skull could help us further with our investigation.
She used some wax on the skull to make a copy of the text.
Elesil needed a bit of time to learn more about it.​ 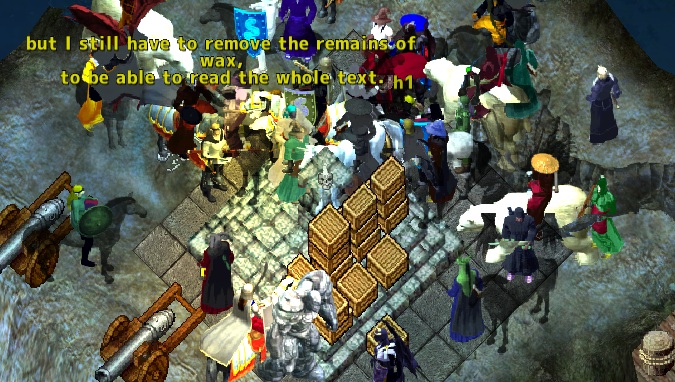 She thanked us all for our help again and opened a gate back to Britain.
When we arrived back in Britain i met Beatrice.
It seemed she got her hands of one of the monstrous ogre king possession.​ 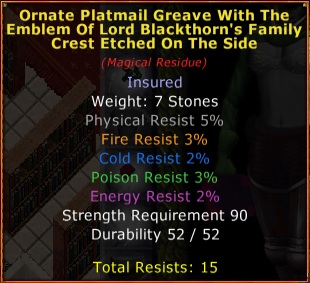 It was another part of Lord Blackthorn stolen armor.
She was very happy to hear she was able to keep this nice trophy.​


After a long evening it was time for me to go home.
When i arrived at my house my aunt Stella was waiting for me.
She had no good news for me.
She told me that she decoded the book we found on the Daemon General.
She urged me to come with her to the roof of the watchtower.​


She explained that the book contains the plans of a major attack on Drachental.
The attack will come in waves to worn us out.
And when the time is right Dark Angel will come herself with a huge army to destroy the town.
The destruction of Drachental will only the first part of her plan for a war against humans.
After Drachental falls every other town will be attacked to destroy humanity and all of there allies.​


I asked Stella how we could prevent this.
She shakes her head and told me that there is no time to do that.
We could only hope there will be enough defenders when they attack.​


So my last question to her was "When?'​


She looked at me and told me that the books says that the attack will start when the Felucca moon is at its highest.​


That why she took me to the roof.​


She pointed to the sky and showed me that the Felucca moon was almost at his highest.​


I understood now why there is no time to prevent this.
Dark Angel and her Daemons are going to attack Drachental very soon.​