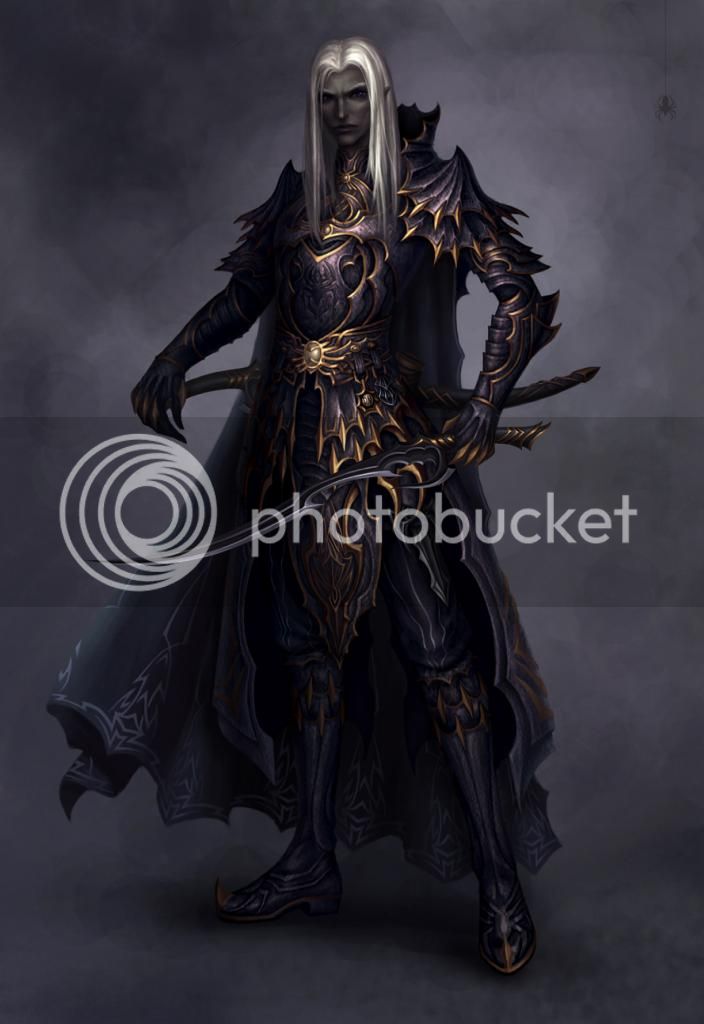 Name: Tebryn Denoir
House: First Born Son, House Denoir
Age: 120 Years
Alignment: Neutral Evil
Guild Affiliation: AXIS
Hair: White
Eyes: Black in the light/Red in the dark
Height: 5'5"
Weight: 115lbs He is slender and athletic, but not the toughest by any means.
Personality:
This dark elf is very calculating, cold and well spoken. He is highly intelligent but quite ignorant of the customs and norms of the surface. He holds the typical hatred for surface elves and other surface races that banished his kind to the night below. Since he has newly arrived on the surface, he still struggles with the sunlight and the other hazards of being a drow on the surface. Tebryn has had his mind warped and permanently harmed by Illithid slave masters, or "Mind Flayers". Because of this, he has a spot of amnesia, mainly going back to his time in the underdark. Tebryn is a mage at heart and has always valued knowledge and information as the main source of power.

Brief History:
Tebryn was the first born son of House Denoir. (Currently Third House)
The matriarchy kept him from achieving his goal of being the House Mage and instead forced him into the School of Melee. Though he was highly skilled and a good warrior, his heart belonged to the powers of the arcane. At his fifth decade, he began learning from one of the Mage Masters from another house. Unfortunately this was discovered after he had graduated from the School of Melee (one of the few who survived). His Matron Mother had him sent on a suicide mission against a group of Illithids (Mind Flayers) along with a dozen others whom she wanted to dispose of.
This raid failed and Tebryn, along with one other were taken into captivity by the Mind Flayers. The creatures destroyed the dark elves minds, tore the information they wanted from them and left nothing but tattered memories and fragments. He and a drow female managed to escape but not before she betrayed him in hopes to be freed herself. Tebryn barely made it to the surface and was soon discovered by Jacuyl....washed ashore near Vesper.
Show hidden low quality content
You must log in or register to reply here.
Share:
Reddit Pinterest Tumblr WhatsApp Email Link
Top