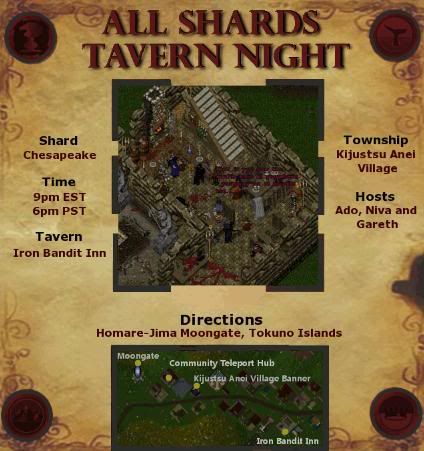 "Who Killed Kim The Noble?"

Think you have what it takes to be a great detective? Can you figure out what is true, made up, or just rumor? If you think you can, then be ready to try and solve the murder mystery of Kim The Noble!!! Travel around the townships of Kijustsu Anei Village and Guardians Gate. Attempt to piece together the information from the clues and statements from local residents, merchants and government officials. You just may find that one little piece of evidence needed for you to crack the case!!!

Each person will be given a OOC information book with instructions.
The storyline is simple and easy to jump in on.