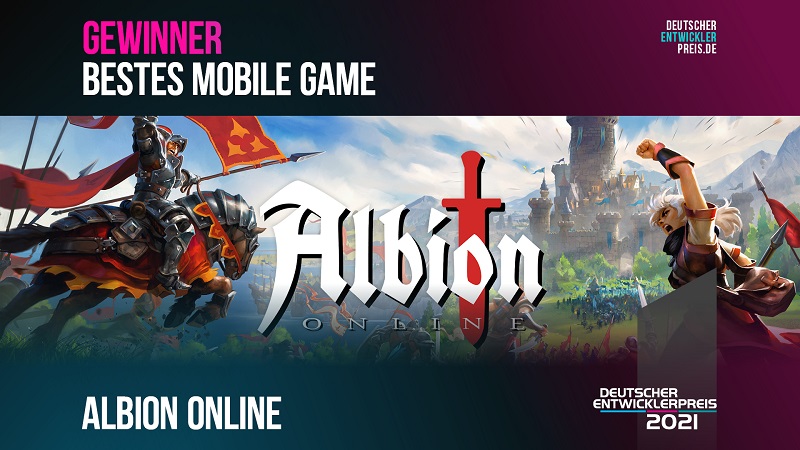 The 2021 Deutscher Entwicklerpreis awards took place on December 9 in Cologne, and we're delighted to say that Albion Online took home the award for Best Mobile Game!

The Deutscher Entwicklerpreis (German Game Developer Prize) is the most prestigious industry award in the DACH region (Germany, Austria, Switzerland), presented to professionals by fellow professionals. Unlike similar awards in other regions, the prize is organized, supported, and juried almost entirely by developers themselves, and is a vital and integral part of the ever-growing games industry here.

Albion Online's official mobile version launched in June 2021, fulfilling a nearly decade-long goal of bringing the full sandbox MMO experience to iOS and Android. And while game development can be a long and difficult process, the mobile launch trailer was decidedly more lighthearted:

Thanks to the jury, the team, and most of all, to the Albion community, without whom none of this would have been possible!