Alumni
Stratics Veteran
So this saturday I felt like taking a break from missioning in high-sec grinding safe reliable, replaceable, forgettable iskies to save up for my first T3 to join a WH Corp - and stepped into my newly polished Anathema to take her out for a spin.

I undock in my L4 mission system in Khopa and low and behold, find a little Class 1 wormhole right in the same system. I did consider building a the Tech2 Pilgrim for some lowsec exploration, but I didn't want to put down any payment on a Tech 2 Cruiser untill my old ships had been contracted off so I decided on something more manageable like something a Tech 1 Battlecruiser could do with less risk (and less money).

I enter and start scanning down the sites, it looks like its uninhabited and at a glance has over 40 sites. Im thinking "ok, this will take me all weekend to clear if not all week" but I see that there is also another cloaky scanning down stuff with Sisters Probes so I may end the adventure entirely prematurely.

After about an hour and a half of scanning down the remaining sites, I find that there is another WH, so I warp over to check out what is on the other side. Its an inhabited C2 so I pop back into the C1 to head back out and get a combat ship to start clearing. Hoping that I wouldn't run into anyone if I just kept an eye on D-scan.

They've no doubt seen my probes on D-scan as well so theyre aware that Im in the adjecent Class 1 and I've got only one more option if I don't want to head into their C2 to find an exit there. Scan down another exit. Im tired and head to bed, knowing that I will have to find an exit tomorrow (sunday).

Next day I get to work, it turns out this C1 has 53 sites. Which just makes it even more time consuming to hit a WH exit. The C2 entry is still there but I find another exit - the nullsec static. And Im thinking to myself "why would a C1 have a nullsec static?" It made little sense to me. Needless to say, I couldn't change the situation.

So my option was to hit the C2 for a high-sec exit but there was no guarantee that it even had one, or pop into null and hop back to highsec that way. I decide that it couldn't hurt to at last try the C2 so I pop in and check D-scan (on my right screen). The first thing I see is an exlposion flying by on my left screen and I think "wth was that?!". As it turns out there is manticore flinging bombs at the WH entry where Im sitting. I survive and Im still sitting on the entry point under "gatecloak". Outside of vodkasounding station module names there are noone else in the system. In my mind, the chances of survival looks better with the nullsec exit than in a C2 where people are hunting me in cloaky ships and I know the nullsec exit is still there because it was the last thing I scanned down so I head back to the C1 to get out via the nullsec exit.

As I spawn, the manticore is ongrid again at the C2 WH entry and again flinging more bombs at the hole, this guy was persistant! I check D-scan again to see if there are other ships nearby and it looks empty so I warp to the nullsec exit.

By some twisted accidental lucky event, I survived to bombing runs without getting a scratch. Im not really sure if it was due to an immunity timer or what but Im getting the hell out through null.

So I warp to the nullsec exit and get out. In 7L3-JS. I flee from Russians only to land in the middle of their backyard. 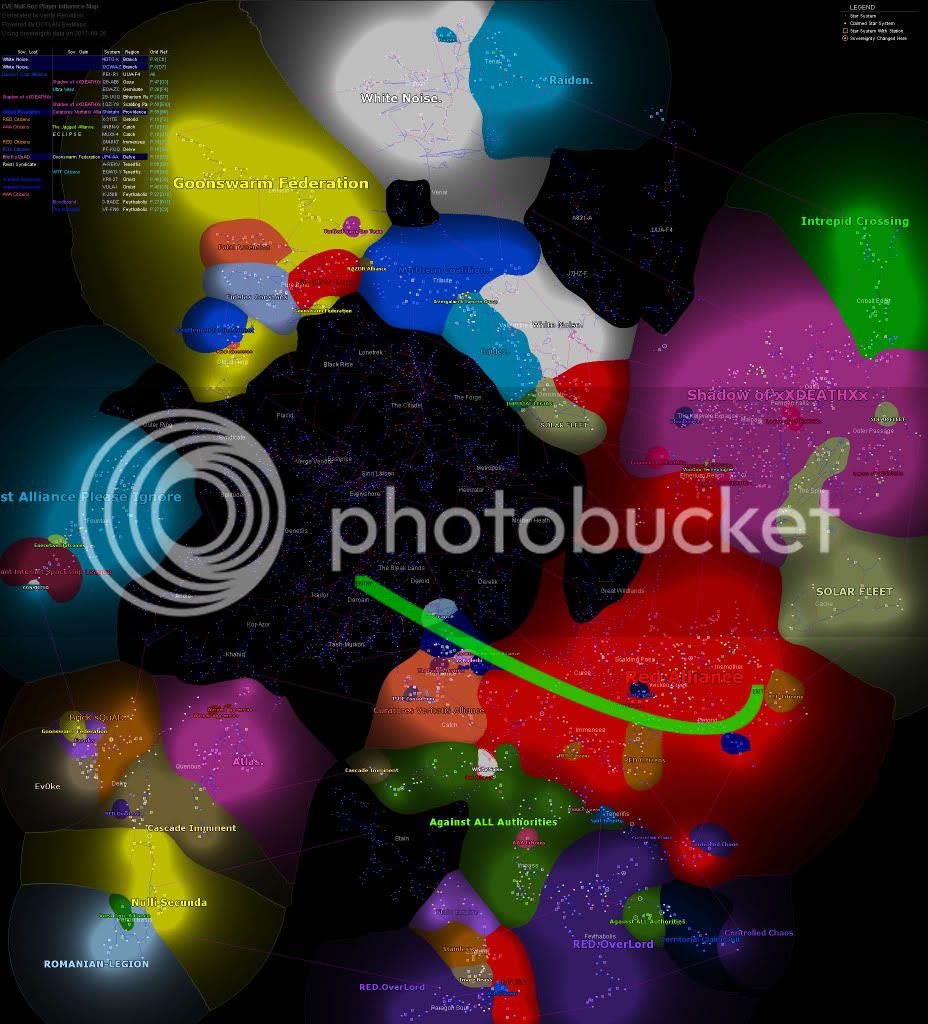 So I talk to a few guys on EVE University's exploration channel. The option to selfdestruct pops up. I didn't come all this way for nothing though, so I start planning the route back to high-sec. Insmother -> Cache -> Great Wildlands -> Derelik -> Molden Heath -> etc. I'd rather get the experience of travelling through hostile territory than to blow up with noone else is around.

The first few systems are completely quiet. Im pretty much the only guy there. As I enter the Insmother-Great Wildlands pipe I start getting hunted by the locals, , but theyre easily avoided. I enter Great Wildlands @ K-IYNW and the heat gets turned up. Pretty much every singly system is bubbled. Even though noone is actually around in some of them, they make an excellent setup for gatecamping.

I end up getting to 7Q-8Z2 before the system is so well camped that I simply can't get through. Bubbles are littered with debris to break cloaks and they've got Inties that can lock me down in a few seconds. The system is perfect for gatecamping on the Khabi gate because there are no celestials within 28 AU of the gate. Point your scanner toward the gate and you'd get nothing. Not even the gate. So probing it is nessisary to see whats there before warping to it. First attempt leaves me with half the shields left, but I am able to escape purely because their inty is out of range of the point. Again, fortune smiles at me as I warp to the sun and cloak up on the way.

I sit there thinking about the situation for a good few minutes. I look at the Dotlan Map and consider my options. Finally I decloak and fire off 5 combat probes. I may not get out easily but Im not giving up! 3 cosmic signatures in system and 15 minutes later, none of them are wormholes so I can't get out that way. I scan the gate. Inties are gone, but there is a Rifter there and a few Battlecruisers left. But with no superfast locking point my chances of survival increased exponentially. I imediately warp to the gate and pull in my probes on the way there. I bump into the can at the bubble as I did the first time, but MWD pulses me out of range of the Can and about a second or two later Im in safely cloaked up and on the way to the gate. I pass the wreck of a less fortunate Drake before I finally reach the gate and jump into Khabi. Next few systems is bouncing to celestials to get D-scan on the upcoming gates. Its good practice.

I get to Audesder before I have to reconsider my options again. 20-man gang on the exit gate with a canned bubble up. Lucky for me, I warp to it as they initiate a fleet warp. The less fortunate Russian BS wreck is relieved of its goods and flashy Inties return to the gate. I warp off again. At the same time I'm getting invited to visit Curse where there is a Noir. camp. May as well hop over and say hi as this exit is camped to hell, so I set the course to Curse hoping it will open up other alternatives and grab a few beers from the fridge. Moving through the Arena pipe I notice a Danish name in local. Its a x13/Raiden fleet moving through and theyre moving fast! I cheer them on and get a wave in return. 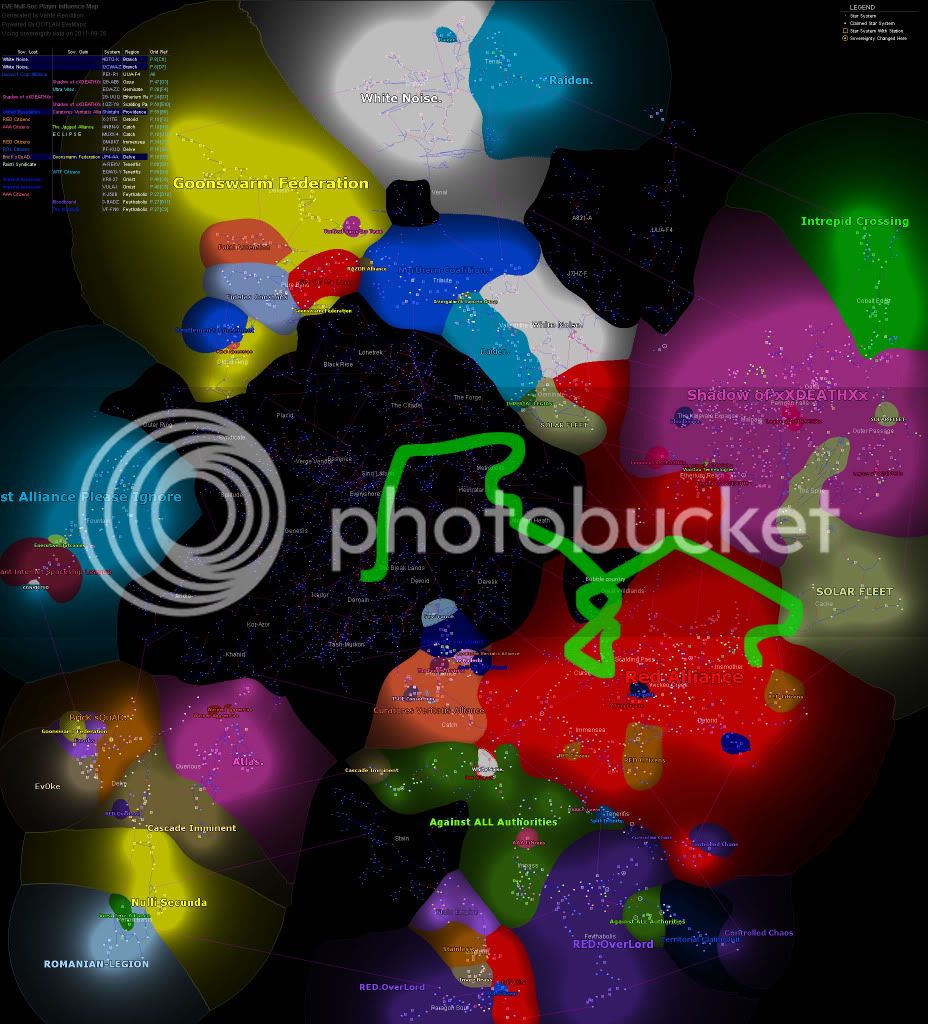 I pop my head into HLW-HP for a few minutes to say hi before a new course is plotted through Great Wildlands. This time, there is not much activity through the pipes. I get to lowsec and finally dock up in Aldrat to re-up contracts for the remaining ships I used when I was part of E-U. Being no-SOP month for the unistas, Aldrat is heavily gatecamped and they are fighting several major players and a few friends too. Just a few hours prior RvB started a POS-bash while the E-U fleets were out on other duties. It went into reinforced but allegedly recieved repairs as the fleets returned home. I check the time and its about 30 minutes left on the Navigation V counter so I undock and head home.

I come full circle as I dock up in Khopa with just 3 minutes left of the skilltraining counter and following that, I inject the last subsystem skillbook. Half an hour later, its time for the Tech 3 skillbook and then its time to finalize the rest of the subsystem training.