Stratics Veteran
So... Doing spawns today and on the body of the boss is this chest piece and it brings to light just how messed up the loot quality seem to be.

I get this leather chest piece with +100 durability. But the durability is actually only 62/62. Then I start to look at other pieces with +durability on it. Same thing. So the bonus doesn't even apply. I found a hat with +10 on it and the durability is 7/7.

Paragon chests are best left on bodies, unless of course you want just the chest itself. The loot is pointless. More often than not, the stuff in it weighs 50 stones, or cursed, or requires 125 str to use. Though that doesn't matter much as the quality of the stats on the gear is useless. It's very seldom that you find gear where the stats go hand in hand for any given class or build. One can only hope for a trinket with 1 stat on it, and IF you're lucky, it'll be high enough to use. That is, of course, if the stat is one that that you can't already imbue on it.

Bosses arnt worth looting anymore. You might get lucky to find 1 piece on him that's worth saving. That's usually a material of some sort. Antique items are a joke now. The trammel wisp outside of Despise isn't even worth looking at anymore. That makes the quest run pointless except for the boss. But not really. Here is why...

I play Pacific, and even on that shard where the population is low, there is a flood of artifact items of every kind. These are the only items that are used anymore and it's seldom that even they are used. Most items are imbued items and brittle items people use. They have the same setback... they can't be fortified. So hunting for nice loot is pointless. Majority of the best gear is made and imbued. The thrill of hunting really isn't much of a thrill anymore. You might get that one in a million chance of say a 10ssi ring with no other bonuses messing it up, like say damage increase paired with spell damage increase, faster casting and hit chance increase all on one item. That's the only joy when you find these, but they are so rare you're better off finding them on a vendor. It takes a shard to find something like this instead of you yourself stumbling upon such treasures. ....and those are usually found on some seriously hard boss that takes a reasonable amount of people to kill.

So, why not just get rid of all spawns except bosses? They're pointless. In a day and age where everyone buys their gold from some gold site, it's so plentiful that if you need a few million, you just ask the guy next to you. He likely has billions. The minor gold amounts on mobs and the useless junk for gear makes hunting very dull. It's no wonder the populations dwindle so much.

Sure, we do the spawns because it's something guild mates can do together. Sadly, almost all spawns can be soloed now. For the difficult ones, a Sampire is all that is needed and he can do it solo. It's a chaotic mess. It seems that we're tryin to patch it all up with the shard events but even those are a total mess. That's another discussion that's been beat to death as well.

So can we look at the drops again and really give it a full overhawl? It really needs it. It shouldn't be this hard to find something of worth and mobs should have a reasonable amount of quality loot on them. If bosses are this sucky for loot, then it makes every other spawn and mob pointless. They're nothing more than lag inducing pixels. 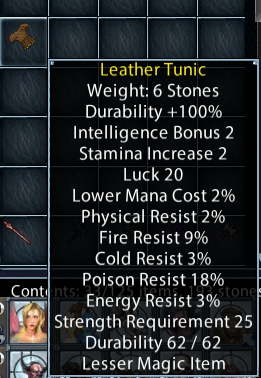