Alumni
Stratics Veteran
Stratics Legend
UNLEASHED
It was another warm day for us nubee fishys as we gathered to learn "How to avoid nets of any color" and about the flow of traffic we find while swimming when suddenly one of the Zombie fish popped up and yelled out ... "those two legged beasts are back!!" Our friends the Fairy Salmon are being snatched out of the water in the lands of Ter Mur. Now we like the waters of Ter Mur but the owners there have fins bigger than any of ours and they like to show them off by flopping around like Super Birds.

So, the Bassmaster wanting to make sure this wasn't just a red herring decided to send out our School of Spy Fish to learn more about these horrid beast. I was allowed to tag along as long as I stayed out of the way of the leaders and didn't make any extra gulps if we found ourselves in deep water.

With my best fish lens I sought out as many of these 2 legged beasts along with their 4 legged companions. We found them in several Ter Mur locations ... pitching their bait and grinning when one of our friends took it! 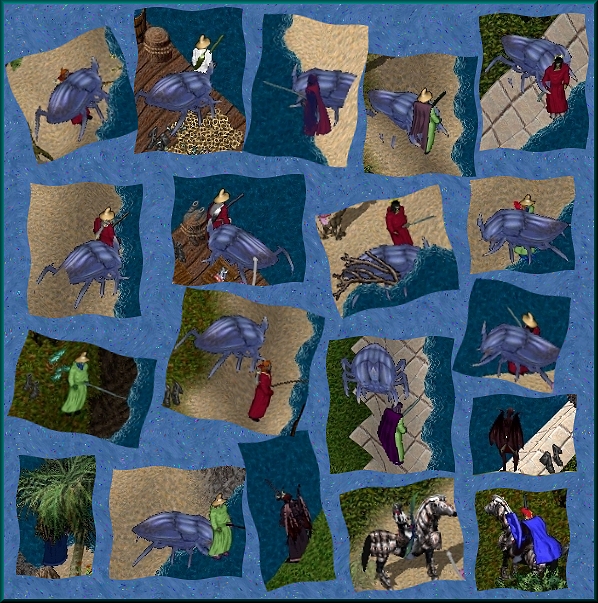 It appeared they were satisfied with their evil deeds for now as they left the shorelines and headed off. Thankfully our skilled Spy Fish had already encountered a location which appeared to be their headquarters.

We approached the shore and saw their companions lined up like they were expecting some reward for helping do their job ..... 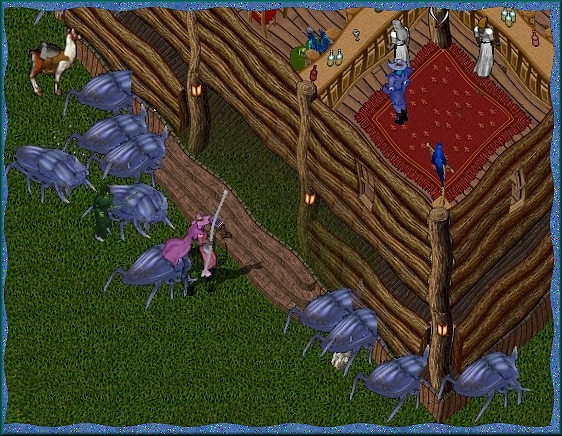 then we heard a commotion and listen very carefully as the sounds of a flapping jaw began with ...

Our team competition was to see which team brought back the most weight in stones: 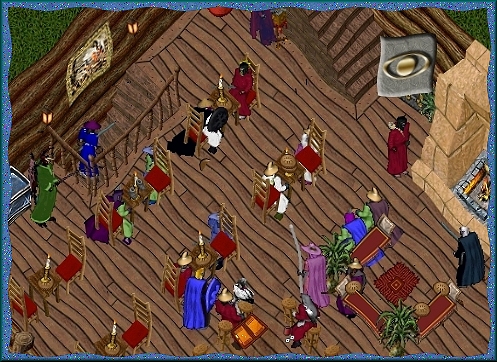 Also, a special thanks to our Protectors Lord Galahad and Lord An Nox.

~~~~~~
We quickly swam back to the Bassmaster to let him know what was discovered and to show him the pictures we snapped. We began to wonder if we hadn't found one of the ancient lost civilizations who were believed to live in a fish bowl.