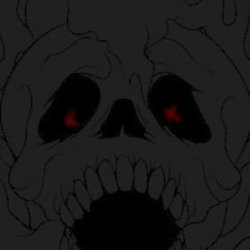 Kooka! Fellow savages! I come from the depths of the jungle bringing wisdom of the ancients to heal your wounds on the battlefield and curse our enemies in the name of our peoples prosperity!
Show full message↓
Language Rules:

Savages say their "Y's" with double "II". For example: "Dizzy" would be "Dizzii" and "Happy" would be "Appii"

When a savages refers to him or herself they do not say "I" they say "Me" or their name. For example: "Me am gahing ta strii te punies!"

Whenever a word has the letters "C and K" next to each other only the K must be said. For Example: "Check" would be "Cek" and "Cluck" would be "Cluk".

These rules do not apply to savage names or the specific vocabulary shown below:

Follow the language rules for the rest of the numbers.

Follow the dress code rules below to further increase the savage roleplay experience.

Long Spears are the only permitted handheld item.

No chest piece of any kind is allowed.

Any type of gorget is permitted.

Paint is preferred when available

Bone gloves may be worn for hands.

No helms other than savage masks, deer masks and bear masks are permitted.

The only cloth material items that may be worn are Body Sashes. As well as half aprons for crafters.

Sandals are allowed for mages. No other footwear is permitted.

Bone Legs are the only permitted leggings.

Bone arms are the only permitted arms.

Jewelery is promoted and permitted on any character.
Show full message↓
Top