RSS Feed
Stratics Veteran
In addtion to the new free character rotation for this week, we have a new hero; Myledia the Enchanting!
New Free Hero Rotation:

Myledia is here! This Daemonette has been sent by the Chaos God Slaanesh to bring pleasure and excess to the fields of battle. 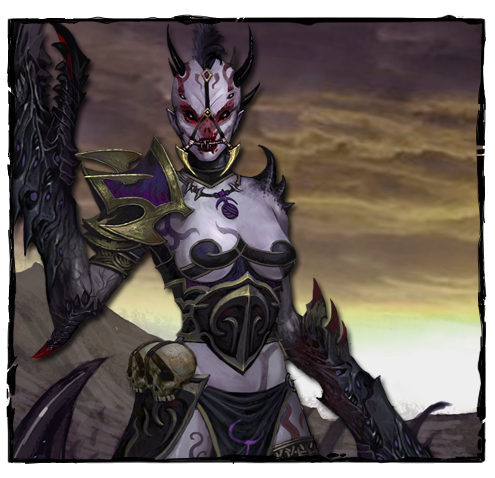 The Chaos God Slaanesh is the god of lust, pleasure, and excess. Those that worship him dwell in the dark corners of the world, indulging their whims and desires as they see fit. All that Slaanesh touches is both indescribably attractive and horrifically corrupted, both attracting and repulsing any mortal that encounters it, and enemies of Slaanesh are often immobilized by their inability to comprehend the sights they are facing.
While all records of Daemons in the Empire are considered heretical and destroyed the moment that they are discovered, several Daemons have earned themselves a name amongst the population of the Empire. One such Daemon is Myledia, a Daemonette who has been terrorizing the lands of Talabecland for many years.
None are sure where her name originally came from, but she earned the title of 'The Enchanting' after she seduced the mayor of a small village just outside of Talabheim. When a passing witch hunter attempted to enter the village, the villagers erupted out of their homes, tearing him limb from limb, with a dark laughter echoing through the countryside. Nothing remains of the village now but the burned-out houses, while Myledia escaped and continues to roam through the countryside. 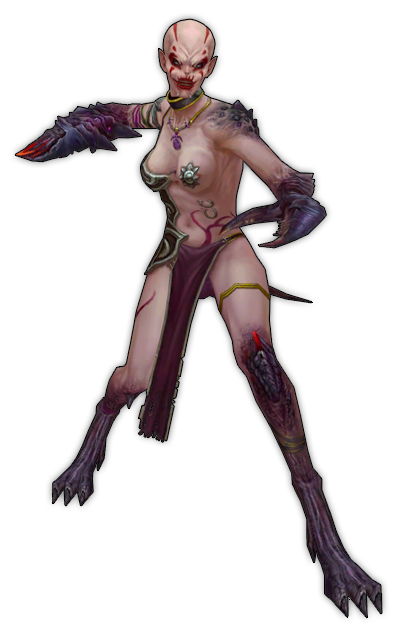