RSS Feed
Stratics Veteran
"Feel the ground rumble as your death approaches!" - Serkhet will join Wrath of Heroes next week. Take a first look at the new Tomb Kings Hero. 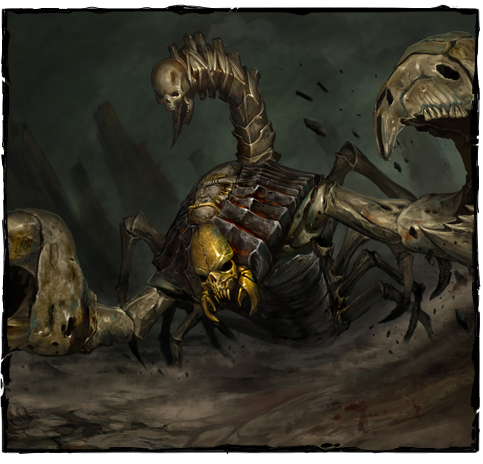 Background:
In the ancient land of Nehekhara, the armies of the Tomb Kings are led by Liche Priests whose power binds the souls of the dead to the mortal realm. When they are slain, many are entombed inside a scorpion construct, becoming incredibly powerful weapons for the Tomb King armies.
Serkhet was struck down attempting to defend the temple of Ptra against a horrific abomination. When the beast was slain, his remains were found and brought back to the temple. Amenadresh and Serkhet had served in the temple for hundreds of years together, so Amenadresh took it upon himself to entomb his companion into the body of a Tomb Scorpion. He journeyed deep into the temple to an ancient chamber and began the ritual.
All night, the priests of the temple waited for news of the ritual. When the first rays of dawn came and passed, they began to fear that something had gone horribly wrong. As they were preparing to investigate their fate, Serkhet burst out of the ground at their feet, with Amenadresh riding atop him. Serkhet had returned to destroy the enemies of Nehekhara. 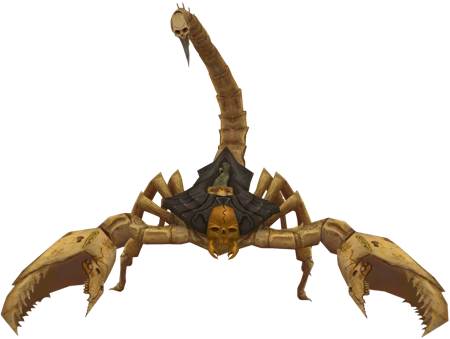