RSS Feed
Stratics Veteran
"He'll freeze your blood, and then devour you whole." – Drulg Kineater. Haurg Frostmaw will join Wrath of Heroes next week. Take a first look at the new Ogre Hero. 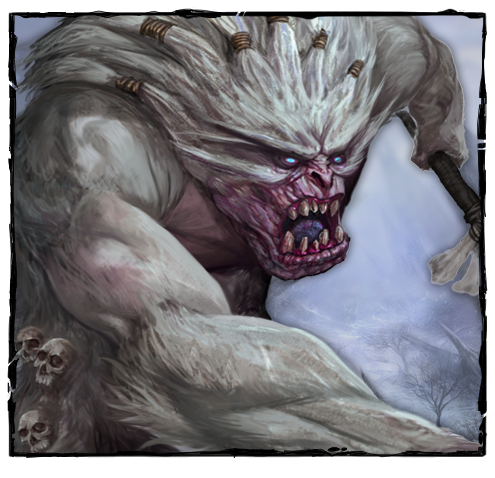 The Mountains of Mourn are home to the Ogre Kingdoms, savage lands ruled by strength and power. The Ogres rule much of these lands, but there are some areas that even the staunchest Ogres do not venture idly. These are the highest slopes in the mountains, frost-bitten and inhospitable lands that are ruled by the Yhetee that make their homes here.
Haurg Frostmaw is known by Ogres and men alike. All Yhetee are naturally magical, exuding the cold of their homes in battle, but Haurg's connection to the ice is stronger than most. He has demonstrated the ability to control the magic and shape it to his desires, forming powerful spears and sending shards of frost hurtling through the air towards his foes.
His name, however, was earned when one foolish Ogre sought to challenge the Yhetee. After a battle, Haurg had claimed a large orc's body for his meal, and the Ogre attempted to wrench it from his grasp. Haurg merely bit down on the Ogre's arm, and within an instant, the Ogre was frozen solid. Haurg released him, and happily began munching on his prize once more. 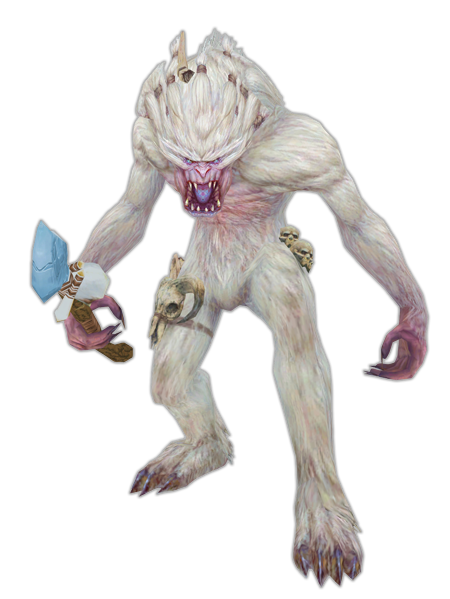