Alumni
Stratics Veteran
Stratics Legend
M J Gunthrie over at Massively has a nice article about Riftpossible next expansion. 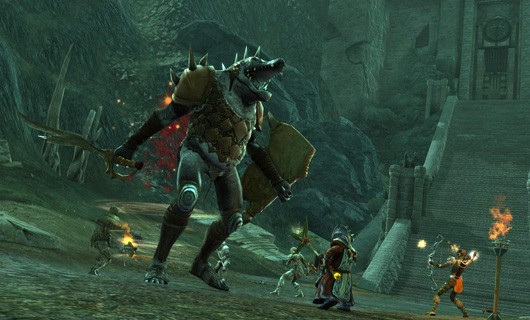 ​
Just a few days ago expansion talk for RIFT was fueled by a mysterious box containing an assortment of items and emblazoned with the phrase "A Storm Is Brewing..." According to legal documents, Trion Worlds just trademarked the title Storm Legion, touching off even more speculation about a possible expansion. Some fans are already discussing what storylines might be developed in such an expansion; so far, the consensus seems to be for evolving the lore of Crucia and Regulos.

While there is no official word on an expansion, signs are certainly pointing towards one. As soon as we get more information we will pass it along.

[Thanks to Marc for the tip!]