TERA shows off new skills for Lancers and Warriors

Alumni
Stratics Veteran
Stratics Legend
Eliot Lefebvre over at Massively's has an article up for any Tera fans dropping by here. I hope you enjoy!


TERA shows off new skills for Lancers and Warriors 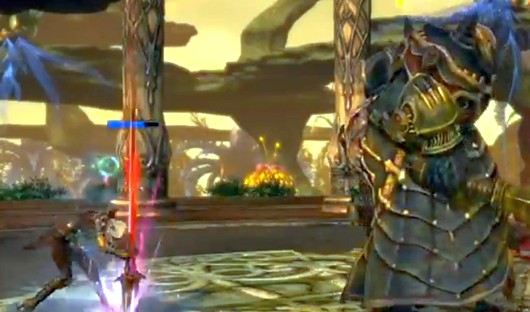 Are you a Lancer in TERA who's tired of standing in place while Warriors gracefully dance about? Are you a Warrior in TERA who's tired of dodging everything when some attacks are just easier to block through? Are you just a person who likes to watch videos of new class abilities? All three groups will be happy with the newest TERA video, which shows off the two new Lancer abilities and three new Warrior abilities debuting in the game's next major patch.

Lancers gain Backstep, which does more or less exactly what it sounds like, and Wallop, which hits the ground hard and knocks over your enemy. Warriors gain Cross Parry, which functions as a block; Smoke Flanker, which teleports the Warrior behind the enemy and hits back; and Reaping Slash, a spiraling attack that knocks down your target. Click on past the break to see all of the skills in action in this short video.