Alumni
Stratics Veteran
Stratics Legend
This is for you Rift Junkies still out there. You may be jumping up and down for joy if they are right. 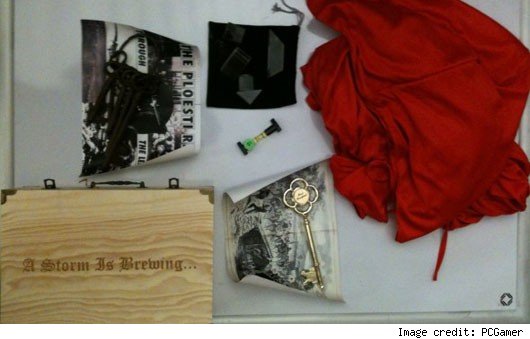 ​
Trion's coy marketing campaign for RIFT's next update continues. Yesterday we received a mysterious box containing the following: two posters featuring historical raids, a level with a "10" sticker on it, four soles, six keys (one of which was labeled Port Tempest), five glass prisms, and a red hooded cloak.

What does all this mean?

PCGamer received a similar bundle and has posted its thoughts, and we tend to agree. Chances are good that we're looking at a major RIFT expansion featuring new raids, new souls, a level-cap increase, and six new areas. And the glass prisms? We have no idea, so stay tuned.