Heh, as soon as I read that I thought of that semi-old reeces commercial where an old woman was complaining about how her husband ate them. "He's such a nibbler!"

[/ QUOTE ]
I knew I should have waited until after I'd finished eating my lunch before reading that one. Now I got a mess to clean up.

You are just too darn talented, Sarsmi. I hope you don't mind but I so want to borrow your plant vendor display. I currently have my vendors standing on ferns in their respective colors, but your vase setup is much cleaner looking.

What a great overall design for a shop. Mage tower, also. You always surprise me with your creations.

Aww, thank you. You can borrow anything you like. It's a compliment to me, just a long as the person doesn't try to enter a competition passing off something of mine as their own. Then my ego gets uppity hehe.
G

Nope I'd never do that. It's been done to me and I was VERY annoyed over it. The person kept swearing that it was an original yet I knew it wasn't. Especially since I did mine on test center and this other person's design didn't show up until months afterwards AND on the same shard. And yes, he/she did enter it into a contest. I know it's just "pixel crack" but I think it takes alot of nerve for some people to just blatantly rip off another's creation and pass it off as their own.

Yeah I just mentioned it cause it's been done to me once before too, I didn't think you would do anything like that hehe. A great house that I did in the beta for SE when roofs first came out, then reproduced it and had it posted to some article (I forget). So I see copies of it here and there on Baja and have even seen it on another shard, which is great, rubs my lil ego. =) The I see it entered in a contest that I'm already entered in with another house - eh it was a mess because they didn't want to fess up, but anyone who customizes houses knows how unlikely it would be that we would have so many shared elements by accident. It was just irritating because I was so sure they would have to admit it after I called them out, but they brazened it out so there was no resolution for me. Bleh.
L

Glad you like that art 'Tree" tile set i did up for ML - So glad to see it put to good use.

The tree roof tiles are awesome, I like using them to spice up my designs. =)
G

Speaking of the leaf roof tiles, it would be great to have them in other colors. Say... orange, red and yellow maybe even brown for autumn... hint hint... CatHat...hint hint...

LOL - i know -- i know - all the plants that can appear as different colors really should be partially hued so they appear as whatever a person desires.

Have to think on how we can properly do something like that.. I don't want a neon nightmare of a landscape to happen - ROFL

Hey I'm just happy to see you on these boards, too! And no, I don't want neon home deco tiles. But please leave my hair alone.

Now if we could just get new plants to grow. I know, wrong board.

I can't take credit for these houses; my mother (aka Devil_Woman on the Stratics boards) designed and decorated these houses for me on LS. It's good being Mommy's favorite! 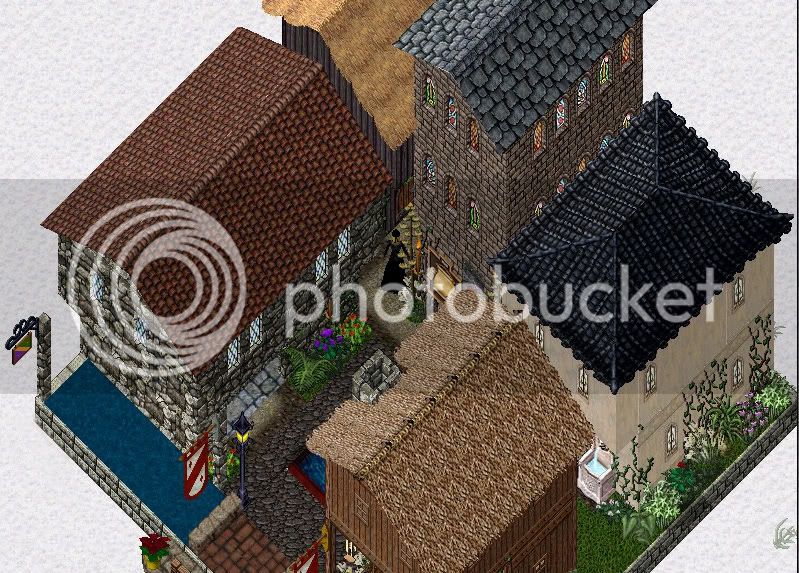 This is Iguana Asylum Village 18x18 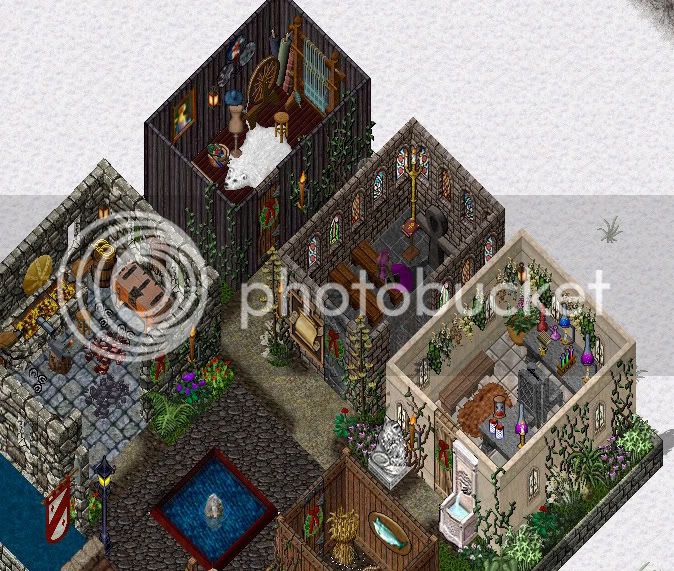 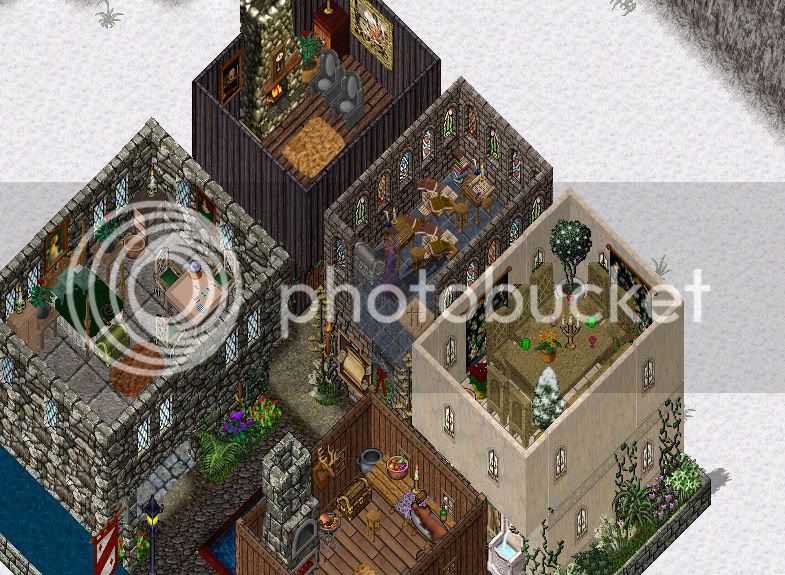 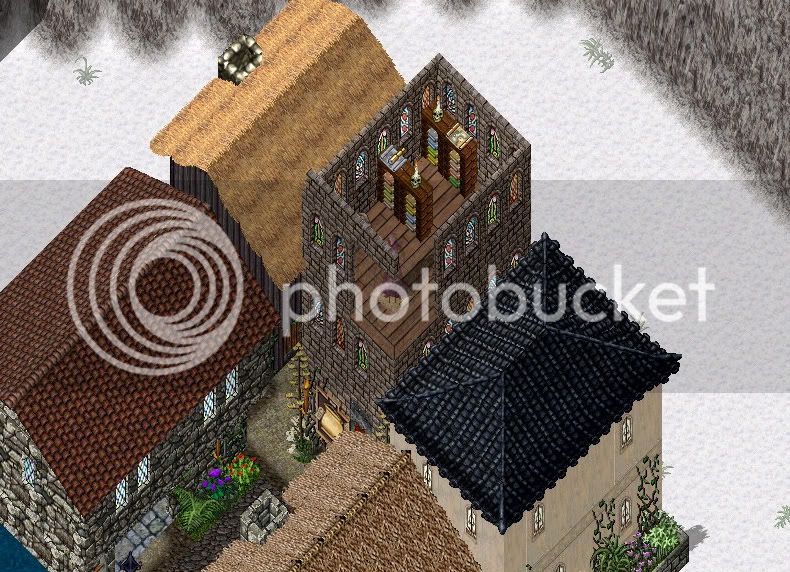 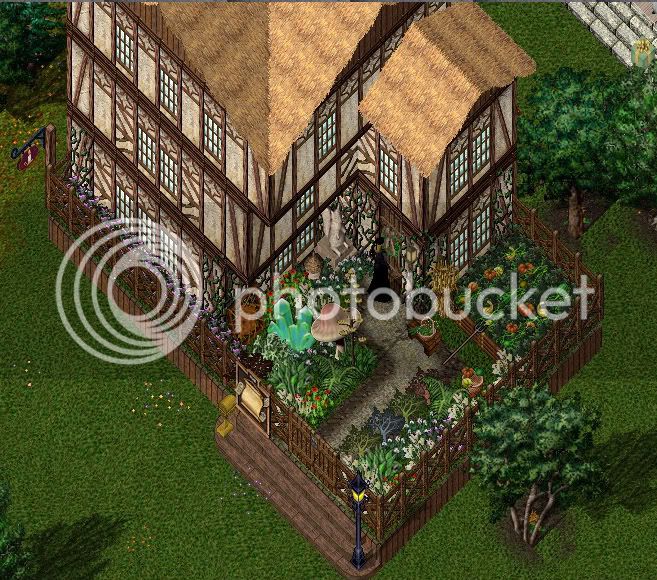 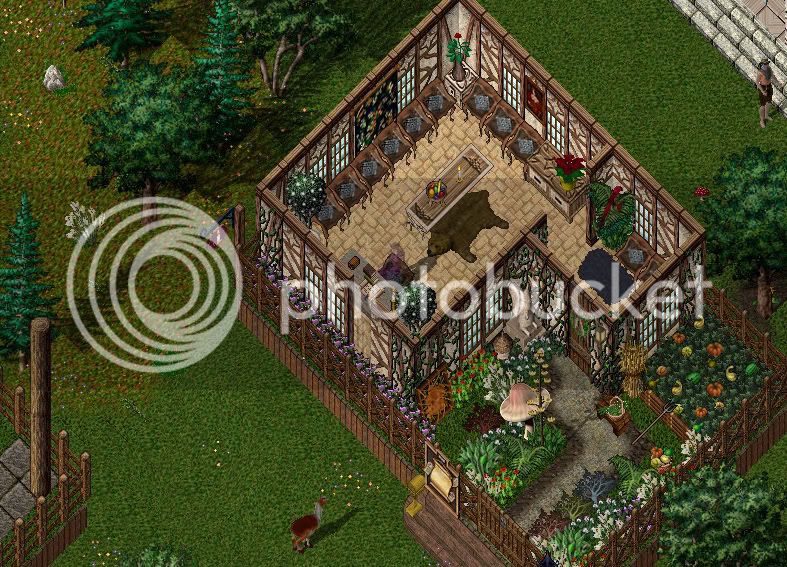 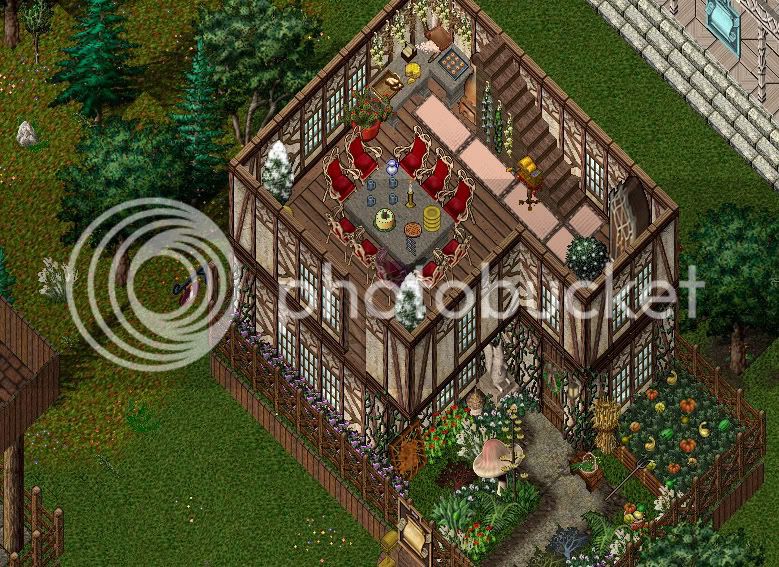 I have one more house I'm currently working on, we'll see how it turns out.
G

This one was just decorated for the contest.

Your houses are gorgeous!! Devil_Woman did a great job.

Ah ha! I'm finally done with my last house, Icky's Lair. The design and decorations were a combined effort between Devil_Woman, Dark Angel of LS, and myself. The house is 14x14 and is on LS. Devil_Woman labored long and hard on those vines.