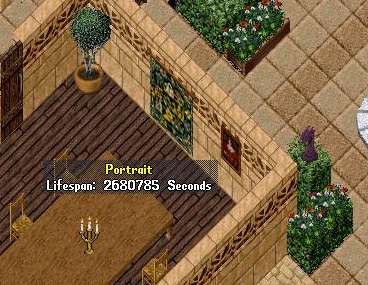 Britannia Art Collectors were furious Wednesday morning, as they discovered their most expensive art pieces were taken from their homes and establishments. The Crown Claims and Recovery department attempted to deal with angry citizens from the cities of Britain, Jhelom, Minoc, Moonglow, Nujel'm, Skara Brae, Trinsic, Vesper and Yew.

The Claims and Recovery department were not the only ones dealing with the complaints. Sources from inside the Castle tell us the Royal Guards received over thirty complaints. Apparently Guard response time to the Royal Surveyors office, Mornwok Estate, Skara Brea Town Hall, Minoc tavern, and other locations were far to slow. Seems these sticky finger rouges were well trained, and knew exactly where to strike. 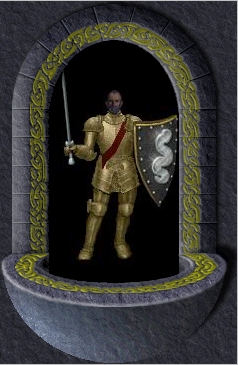 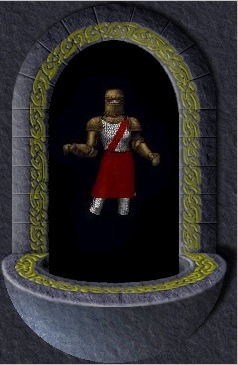 ​
The Crown released an official statement on Sunday saying, Commander Foxx and Lieutenant Irina were on a special mission from the Queen in Ilshernar. They were seeking out more compassion Sage for the use of the Crown.

This reporter advises you to double lock yours doors, hide your most valued possessions, and hire protection. They have already made off with seventeen to nineteen pieces of Britannia art! Who knows where these rouges will strike next!!! 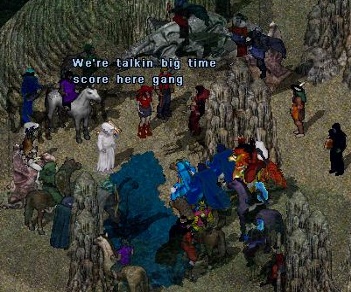 Rouges and Infiltrators met at Scarlet Von Trinsic's new hide out in Buc's Den, Trammel on Tuesday night. Everyone was expecting to only find Scarlet Von Trinsic there, but to their surprise they were introduced to an associate of hers. Ladd Russo will be helping her with the new hideout, and making sure the Von Trinsic Gang runs smoothly.

Rouge characters were sent out to different townships to steal "expensive art". With 19 pieces up for grabs they had to search the cities, lock pick the doors, locate the art, and steal it without being caught.

Once all the items were successful stolen, the crew met back at Scarlet's hideout to receive their payment. Scarlet Von Trinsic called them one by one to personally thank them. 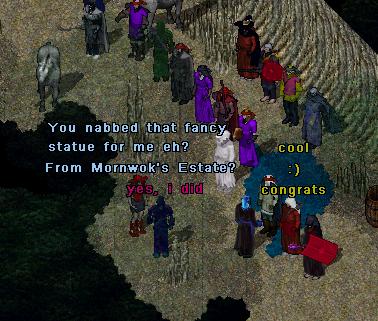 Those who attended the "Art of the Steal" event were rewarded with a red bandanna, Crafted by the Von Trinsic Gang. Those that were able to steal 1-3 of the art pieces were given another prize on top of that.

Congratulations to Nora, Flick, X I X, Slick, REGRET, CaT, Sage, lightning jack, Tagguk, A Pile of Brown, Ole Solskjaer, Viaticus Venator, and Niva the Savage. All of you proved your ability to break into a building, and steal the expensive art inside.
Show hidden low quality content
You must log in or register to reply here.
Share:
Reddit Pinterest Tumblr WhatsApp Email Link
Top