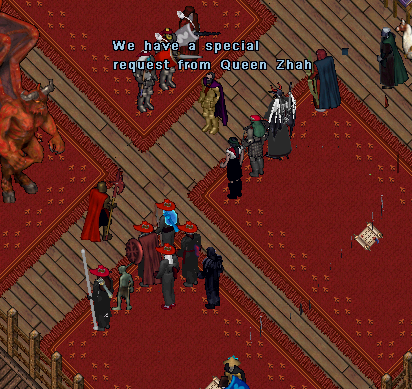 The Britannian Provisional Government authorized combat operations on the island of Atheneum, located in Ter Mur after receiving a special request from Queen Zhah herself asking for assistance. Their mission was to clear out "pesky" Demons on the island and obtain any ancient scrolls.

Commander Drake Foxx, "We certainly faught the good fight Guards
While we were unable to recover all of the documents we did recover some of them, three to be exact I am very proud of all of you this eve. Who was the mage responsible for keeping the paralyze fields up?" 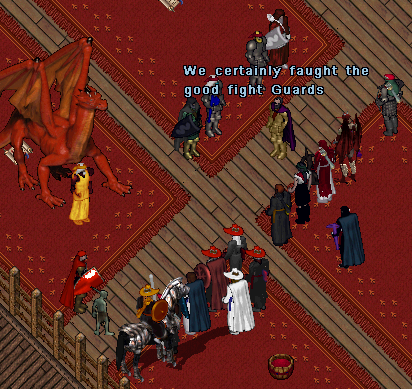 Lycanthropy humbly informed the commander that he was laying down the fields. Commander Drake Foxx called it an excellent tactic and stated he should be commended for it.