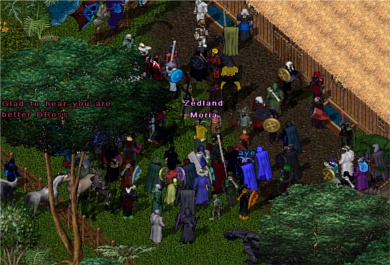 Townships and citizens of the realm gathered at the Serpents Hold Stablery after the township summit on Wednesday night. The following townships entered into the Livery Quest Part 2. Gyldenfeld, Zedland, Silvervale, Guardian's Gate, Citadel Of The Fallen, Kijustsu Anei Village, Moria, Cimmerian Pass, Aryslan, PaxOku, Dragons Watch, Kijustsu Anei Keys, PaxLair, and Merxmere.With only Ten recommendations up for grabs everyone knew that some of the townships, would not receive a recommendation. Once the registration was complete a sobbing Alice came out of the stables.

Everyone gathered round to listen to a woman named Alice. Alice informed everyone about her loving husband being taken by the most vile scum in the land. With a trembling voice and tears flowing she requested help, in locating her husbands personal items. Alice went on to mention the ones who took her husband smelled of ale, and were most likely celebrating at taverns in the major cities. 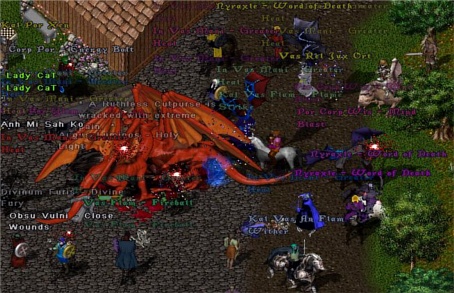 Townships and citizens of the realm, quickly made their way to the Major Cities in search of these vile beings. Forces were engaged from Britain, down to Trinsic, and from Yew to the Vesper Bay. After all the forced were defeated the following townships were able to achieve recommendations of station. 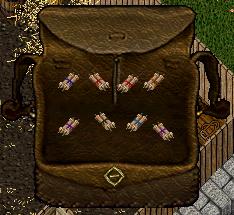 These recommendations can be found at the Castle stables, in a brown bag, on top of the Northern table. Please remember that anyone can help townships receive a recommendation of station. No one should be treated poorly, because they are not from a township. You should welcome them and accept their offer to assist. Make them feel apart of the community and not an outcast.. Also on Sunday the 26th there will be a discussion about the quest. So please be sure to attend the Hall of Commons meeting.
Show hidden low quality content
You must log in or register to reply here.
Share:
Reddit Pinterest Tumblr WhatsApp Email Link
Top